Do the inspectors look at your coding?

with upcoming scrims, my team is working on finalizing the coding, but then my team got a little on the edge and started naming the coding phases as [CENSORED], and some parts that are named: d&$%bot, could such language be allowed in the coding? I’m afraid my teams joke could get us DQ’ed

No, judges/inspectors do not look at your coding in my experiences.

The inspectors won’t, the judges might. The joke is lame. Search and replace is easy.

Judges for the Engineering Notebook could very well look at your code if you included it. As a person who has judged, code that contained foul language would be graded down and I would probably want to talk to the team AND the advisor/coach.

Cursing in code/comments is a bad habit to get into. Don’t do it.

Cursing in code/comments is a bad habit to get into. Don’t do it. 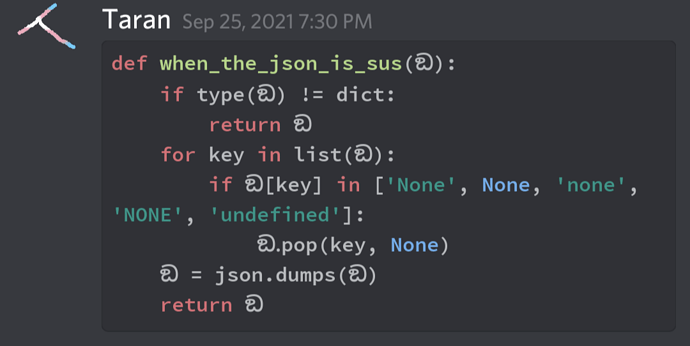