Do u need a comp switch to run aton

You need press run button to make it run.

Use timed run, not normal run

Try resetting ur controller and repairing it

Is your code in the competition template?

the code is under the when aton block

Turn on controller -> Go to programs -> Select your program -> Go right and click on Match Play -> Press A when you’re ready to run auton, there will be a 3 second countdown 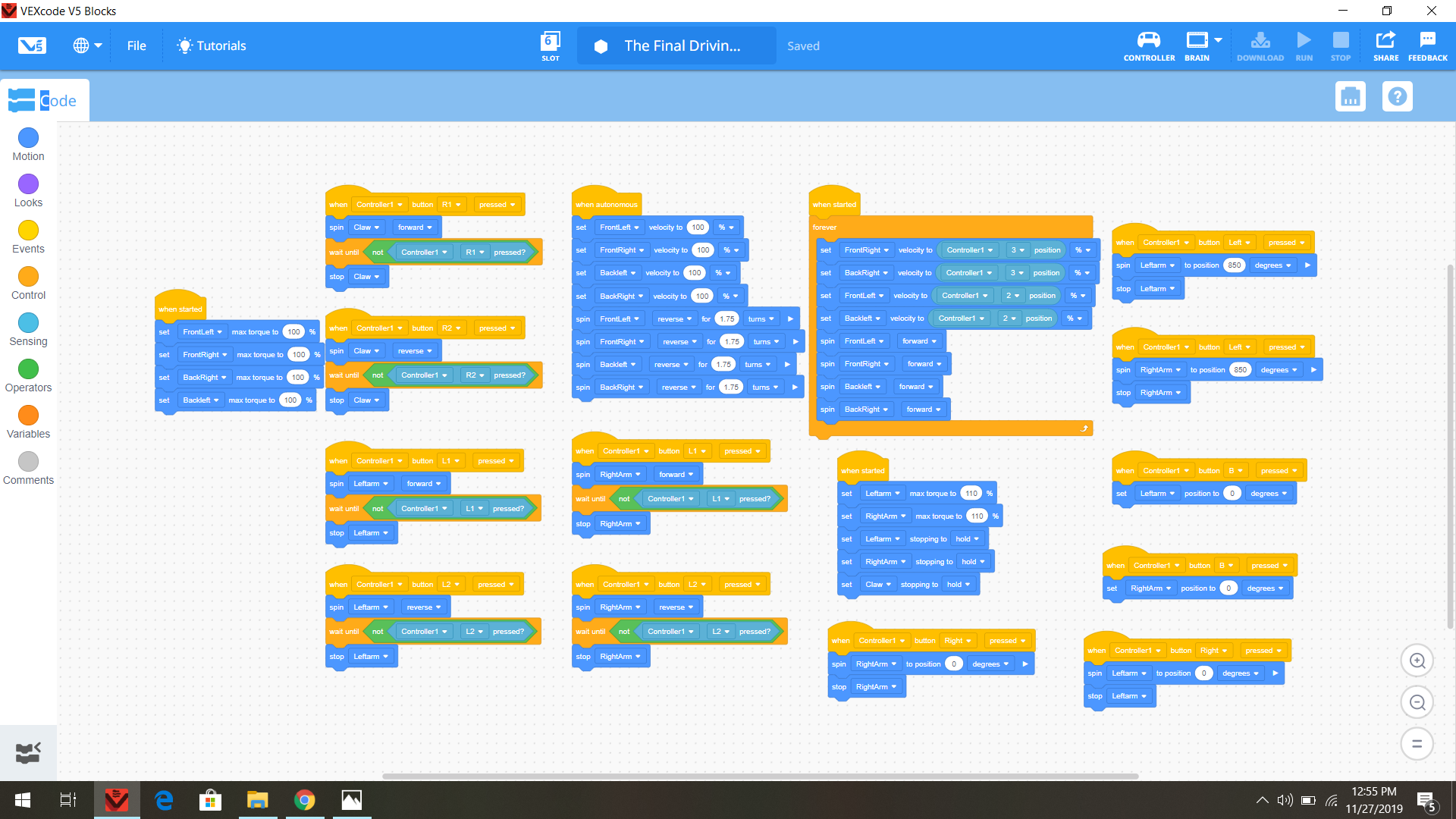 yes it does. The competition template is what allows your robot to take signals from the control towers and other control switches like the timed run. Even though your auton is under the when auton block, when the controller sends the “autonomous” signal to the robot, the robot has no idea what that means and therefore wont do anything. This is the same for driver control and I believe disablement too. Unless your code is in the template you will not be able to compete.

How to Create a Project Using the Competition Template - VEXcode V5 Blocks -...

The Competition Template is an example project that has blocks already included to communicate with the Field Control System during competitions, ensures blocks

Er, no.
As long as you have the “When autonomous” and “When driver” blocks, they will run under competition control. There is no need to start with a special competition project, any project can work for competition as long as those blocks are used.

really, well then disregard what I said about that. You learn something new each day.

… and you should make sure that they work with a switch / tower. We had a team that swore they had an autonomous and that the tower was bad. Finally had someone look at the code and they had not done the “When autonomous” block in that version of the code and it wasn’t being called. 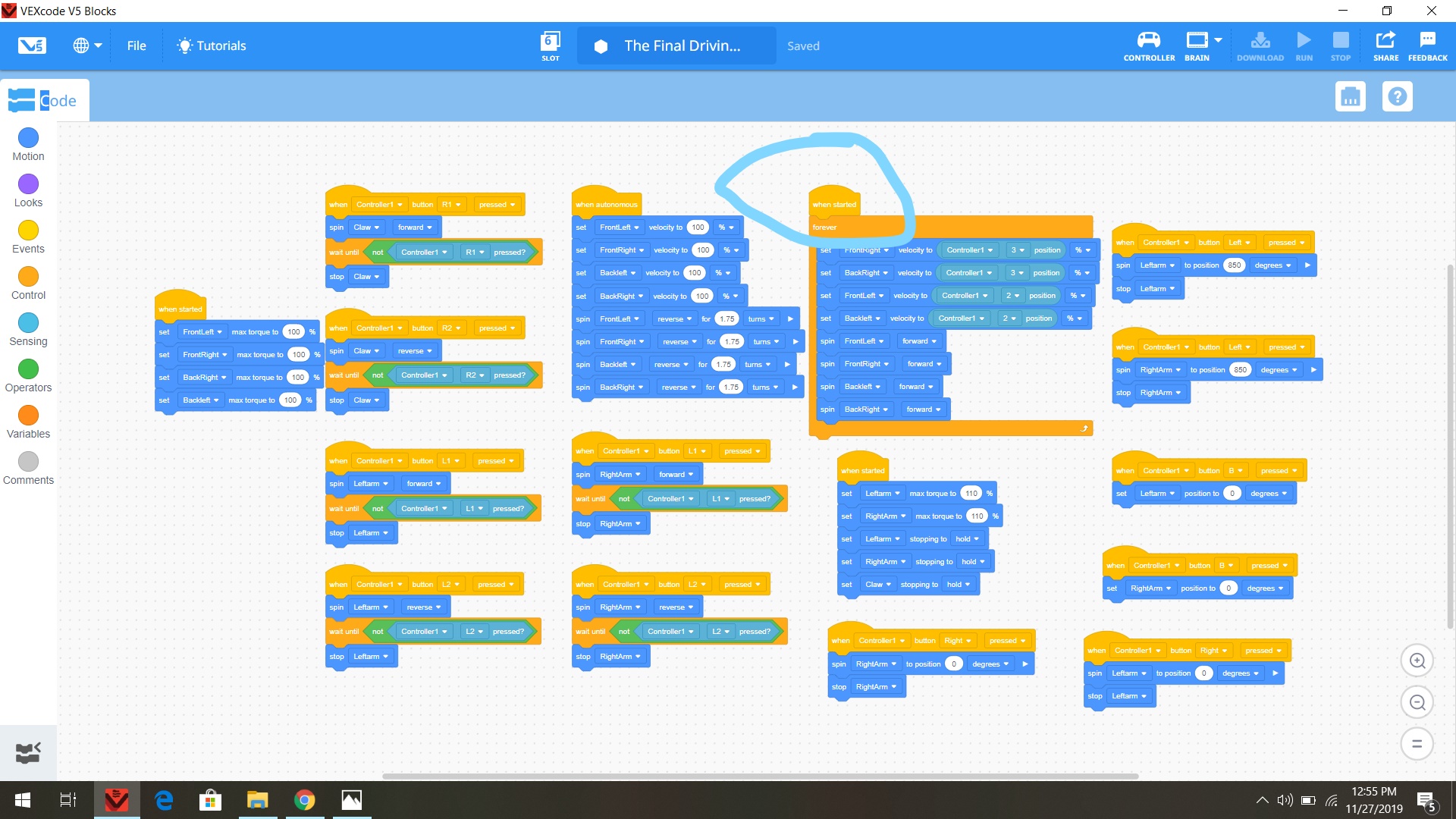