Do You Name Your Robots?

Hey forum! I talk to my sister teams often, and it really surprised me to hear that a lot of them haven’t named their robots. I feel like it gives an extra dimension to your hard work! So with that in mind, I guess I’d like to know how many of you name your robots. If so, what is it named? If not, why not?

We names ours Steve. Not sure why, not sure how we came up with Steve, but that’s it’s name now. We also call it our child.

My team’s name is Hyper Resolution, so our robot is named 4kHD 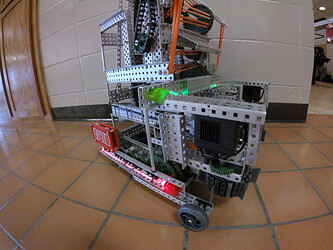 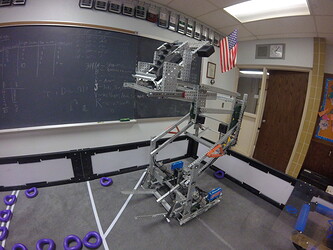 “Blitz” is defined as “a sudden, energetic, and concerted effort, typically on a specific task” or “an intensive or sudden military attack”

We start out each year with a version of Blitz, our approach to the game that is completely thought of and designed by us. 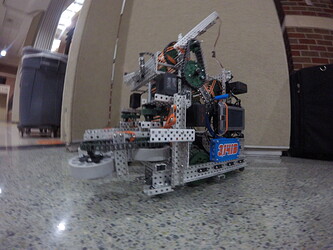 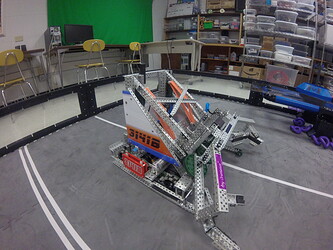 This name is a reference to the quote from Shakespeare that goes, “Brevity is the soul of wit”. For our first rebuild of each season, we take a step back and analyze our design. We take inspiration from other bots we may have seen early-season and refine our old design. Our goal is to make a simple yet effective robot, hence the quote. 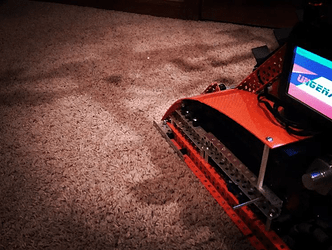 “Bravo” is defined as “a violent troublemaker or hired assassin” or “a word used to express approval when a performer or other person has done something well”. It is also the code word for the letter B.

This is our final, most-refined bot of the season.

Coming soon to neutral goals near you.

Mine in middle school was named Gary and mine now is named Fluffy!

we named ours robby the robot. What the frick is up with that stupid “body seems unclear, is it a complete sentance?” That is so dumb, it serves no purpose other than to not let me post this in all caps. Can some forum admin please remove that?

we named ours sean beavers doesnt exist because there is a joke “conspiracy” at our school that sean beavers (the tech director) isnt real.

Hi! This is very interesting, and has a lot of thought put into it! I am terrified of your robot!

We named our bot Dirk. I got it off a reddit post. I posted a picture of the bot, and that was the name someone gave it. My bot has also cut me many times.

There was a robot that we needed to take apart, and we ended up naming it death, or death bot, or anything like that because it cut our entire team 4-5 times because of its janky scissor lift.

In our organization teams usually name their robots with a name that starts with their team letter. One memorable one was that our E team (now retired) always named their robots Elliot after Elliot Alderson, the main character in the TV show Mr. Robot (which does not have anything to do with robots)

Casper the catchbot because it catches MOGO’s and pushes them.

freshman year, someone was showing me how to program on vex code, he named it BEE (we are the b team). now three years later I still use the naming pattern. whenever we make a new drive base, it goes up one letter, we have had BEE, CEE, DEE, EEE, FEE, and GEE

I guess this isn’t a robot name, but it is the name of the drive base, so it counts

Ours is named Neil Armstronk (our team name is the Moonwalkers). He’s got a very stronk arm. As a space nerd and meme connoisseur, this is the perfect name to me.

We’ve named our robots for the last three years. Our Tower Takeover was named Floid (no, that is not a misspelling. It was supposed to be named after Pink Floyd, but a member of our team printed off the name tag wrong). Our Change Up robot was named Eddie (after Eddie Van Halen). This year’s robot is named Dwane (after the actor Dwane (the Rock) Johnson, since our team name is Monolith).