Do you need to be a school team?

I want to make a team, but I do not want any school involvement. Do I need to be a school team, or can I be a self funding team?

I want to make a team, but I do not want any school involvement. Do I need to be a school team, or can I be a self funding team?

You can be self funded and you don’t need a school. Many teams are not affiliated with schools.

Our team is sponsored by Monroe County Community College. We have kids from many schools, and also homeschooler’s.

As an independent organization, you will absorb all the costs yourselves and if you really want to start a true robotics club versus just a single team for yourself, I would make a non-profit organization (which takes a bit more money ironically). That takes some more parental involvement too.

But if you build it, they will come.

We have 34 teams and are an independent organization - 28 VRC and 6 IQ teams this year. We do rent school facilities and have good relations with them but you do not need to be directly affiliated with a school.

I really want to investigate the operating models further. Some of the school limitations impede the ability to spread robotics further. You can only get coverage of 15:1 teacher to roboteer at max capacity and then the personalized learning goes down. Locally here, school contract rules limit direct parent involvement and club designation rules for teacher involvement limit the amount of hours they can spend with the club per school year.

I have modeled the Vexmen (Brandywine Robotics is our corp) like it were like the very vibrant local sports organization that runs many different teams across the ages. Parents are coaches for baseball and soccer. We need to get STEM parents willing to be coaches for robotics and STEM based activities too. I see a FRC teams that depend more on the industry mentors than the school mentors too.

Where are you from? 2468 looks lie it is from Malaysia but inactive for several years. 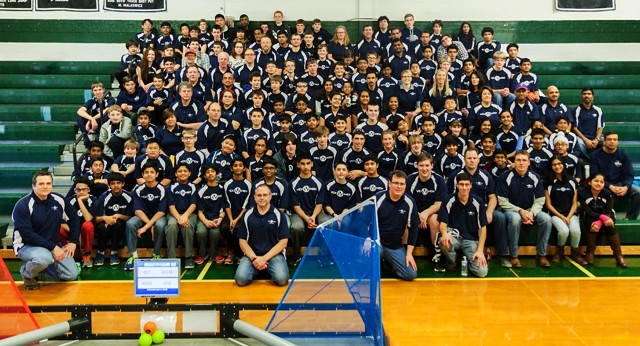 Thank you, I am from Farmington, Arkansas. Although I am not a redneck. I recently moved to a school that does not offer robotics. I made it to nationals last year and took tenth place in skills. I am very into vex and don’t want to put it down. 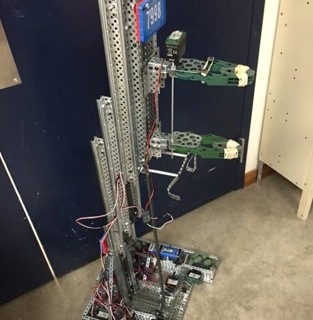 It is completely possible to do it without school association. I respectfully disagree with @Team80_Giraffes. It takes work, but is definitely possible. That’s what we do, and that’s what (I think) Green Egg did.

@Mr. Vex – I think you misread @Team80_Giraffes post. (Maybe better wording of the first line should have been "Do you need school involvement, Absolutely not! ) They are saying it’s possible to do it without a school sponsor. Since the Downingtown Teachers Strike of 2008 the VEX team has good ties with the school, but it’s not a school run organization. And I should know, since I’m the person that broke off the school leadership that year.

Yes @reminator2468 you can start your own team. It’s easy, you just need some money and someone to take you to events. Send me a personal conversation and we can talk about STEMRobotics giving you some help.

(And I’ve decided that I don’t like the green “answered” box. Sometimes the answer that is picked isn’t the best one. But that’s another thread…)

Just so you know, in my opinion it is better to not be affiliated with school. We ar3e a homeschool team and in Skyrise and Toss Up we were one of the most prominent teams in North Texas, and most other of the better teams I know are not with a a school but actually they left a school because they needed more time to work on the robot.

@Team80_Giraffes what you are talking about is creating a full on robotics club, which is not the same as creating a team.

Oh… whoops. I completely misread that post. I thought he was strongly advising against it.

There are some advantages to being attached to a 501c3 (or starting your own 501c3) when it comes to sponsorship money and tax deductions. Team Virus started when some mentors seeking to start a team hooked up with a community college faculty member (me). College/university sponsorship has much less issues than a secondary school would.

For legal purposes, the team operates as a non-credit college class through the college’s lifelong-learning office. The college provides workspace, and protects the team from personal liability in case there were ever an issue. Our students (3rd grade-12th grade) get 18 CEU’s each year on their college transcript, a college student ID and email account. The Foundation at MCCC acts as our 501c3 for sponsor donations. The college gets free promotion at all our events, counts our robotics kids in their student headcount, and ends up with half our students either attending when they graduate, or dual-enrolling while they are still in HS. A win-win for both.

@Team80_Giraffes what you are talking about is creating a full on robotics club, which is not the same as creating a team.

Only for the first year. Lets take @reminator2468 as an example. They start a team, do well, their friends want to get in on the action. Quickly they are three robots and are now a club. All @Team80_Giraffes was saying that it’s pretty easy to start a non profit. As @kmmohn posted being a non profit makes it easier to get sponsor money. So they should consider doing it now vs later.

So you are right, a team does not need to be a non profit, but it’s OK to think big!!

We are a self-funded homeschool team.

Just wanted to thank everyone for this post. We are a community team (well hope to be). There aren’t very many teams in this area for Vex (FRC is another story) so we want to be able to pull from every school in this area. We will be losing out on grants (Michigan is only offering grants to school teams AFAIK). Am I right to think that a very basic team would be good for about $2,000 for signups and the super kit?

The team I am on is not a school sponsored team! It works out well and we have no problems. Raising money is a little more difficult since we can’t get some sponsors since we don’t have as big a audience as some of the bigger schools, but it is still possible to get the needed money.