Does the horizontal expansion plane change with robot orientation throughout the match?

My team and I have a question about rule SG2

What is considered horizontal? For example say a robot were to tip over in the middle of the match yet continue driving, Would what was previously a valid vertical expansion size that was tipped to be horizontal be in violation of the rule? Or is the horizontal plane determined at match start and even after tipping over the robot won’t be disqualified for being expanded too far on what was the vertical plane.

I’d expect that the horizontal plane would need to be determined at match start so that a robot that tips and then self rights wouldn’t be considered disqualified. 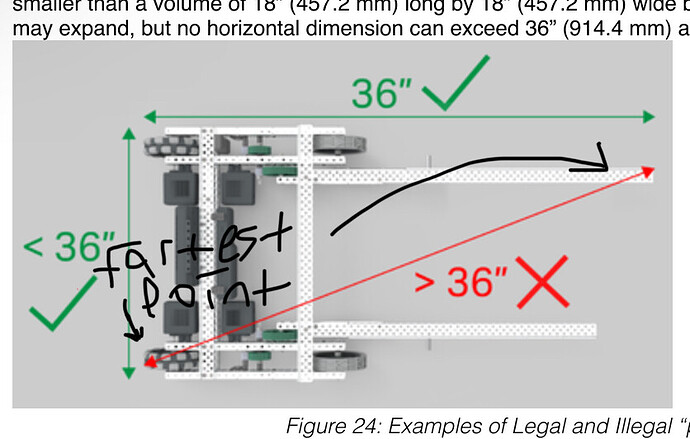 I edited the OP to fix some formatting. (The rule number was inside <>, and was being hidden)