Ok so, a couple things out of the way:

So what if there was a drive base with mecanum wheels on swerve modules on bogie rockers on each side, and the 2 halves of the drive base were separated by a dr4b, like @Taran’s take on the bendy drive, but with a dr4b?

Oh lord what have I brought onto this forsaken land?

If you had a qr8b instead of a dr4b it would be even more op.

Personally I don’t really think kiwi drives are necessary in most scenarios (within VRC/VEXU, anyways; I understand kiwi drives are somewhat viable in VIQ). Needing five motors for mechanisms sounds somewhat excessive, and building a kiwi drive also forces you to deal with unusual angles near your wheel bases.

Someone did build a DR4B drive train at some point - if anyone here has a picture feel free to share it (It may also be hiding somewhere on the forum or discord).

Mecanum swerve modules might be a tad excessive and possibly redundant. Using mecanum wheels in a swerve pod might cause a few problems when strafing due to how mecanums function in pairs - a swerve drive might pair the mecanums in the incorrect orientation.

I remember seeing someone use bogie rockers (it might’ve been in VexU) to climb the platforms in Turning Point. So I guess they would’ve been viable then, but aren’t really necessary now. 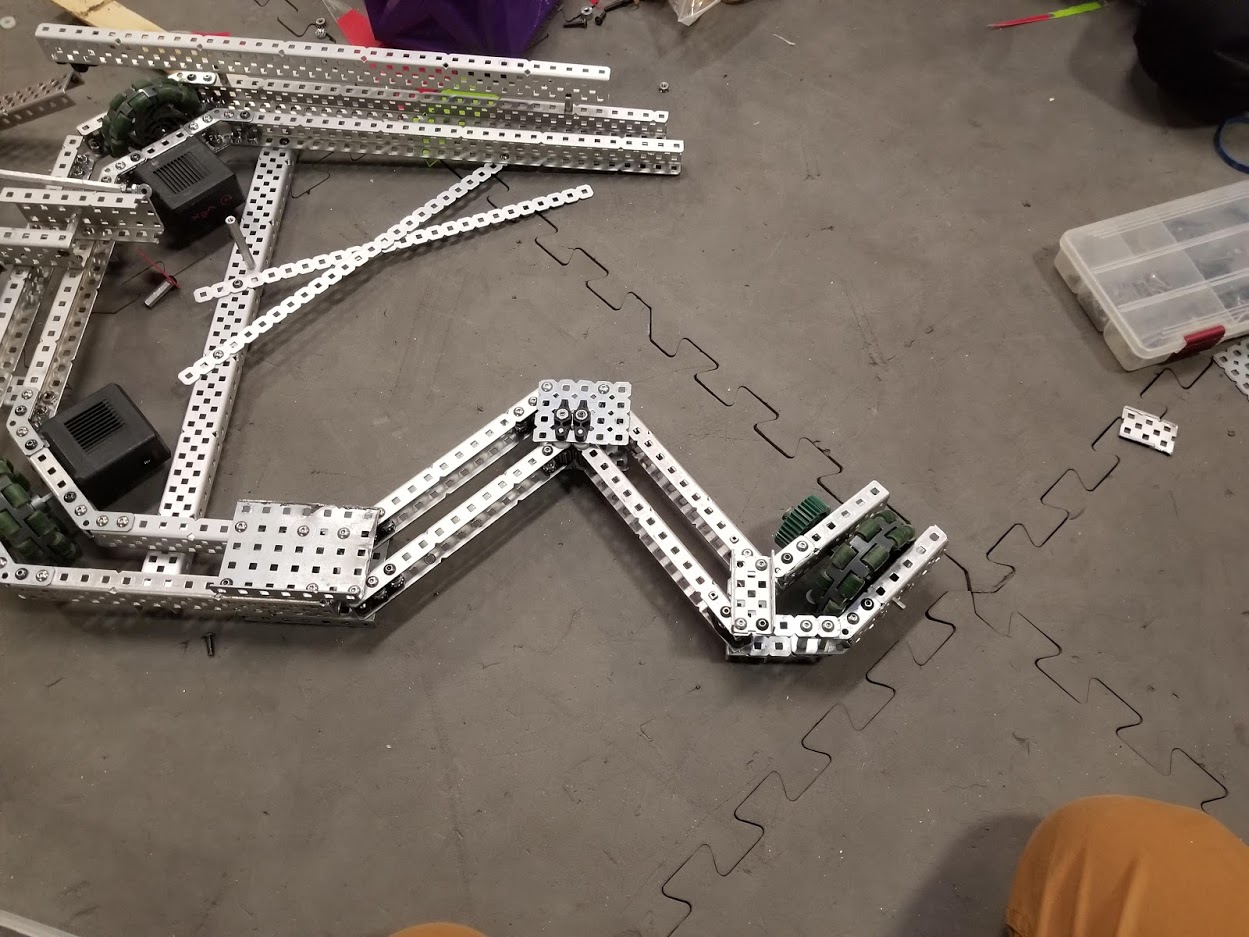