I was trying to draw an image from the SD card onto the Brain Screen, but I couldn’t figure out how to do it. Does anyone have sample code for that?

Please provide more information, such as what language are you using.
Have you researched on the forum?
If you use PROS, you can use LVGL (though there may currently be a problem with lvgl reading from the SD).
If you use VCS/VEXcode, there may be a function for it (check the docs or VEXCode headers).
Look on the forum for jpearman’s GIF demo, which reads a file from the SD card using raw C-style file access.
A simple search on the forum leads me to these threads, which may provide some insight:

If you have a micro SD card with a .png image on it, you can load the image and display it by calling Brain.Screen.drawImageFromFile, giving it the file name as a string along with an x and y position to position the image (top left corner). This works well if you only plan to draw the image once. If you are using the screen for other things throughout the match, you would instead want to load the image into memory with the bitmap class then draw it with Brain.Screen.drawBitmap. This makes it s…

Sorry I neglected to state I was using VexCode C++. I have looked at some things on the forum and came up with this code

The only thing I can think of is that your image file is not in the correct location or is nonexistent, it is not the correct dimensions or encoding, or that your SD card is not properly formatted.
Make sure your sd is formatted with fat32.

perhaps attach the image to this thread, as @theol0403 suggested, it’s probably too large or something simple like that.

I put the image in and I attached the image in a zipped folder in case that wouldn’t work. @jpearman what are the limits for images? 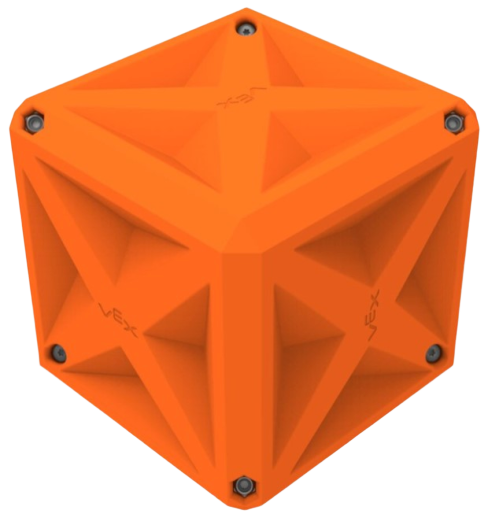 (Yes there is no background on the cube)

You want to resize the image to 480x240, as that is the brain’s resolution.
Since the image is square the best you can do is resize so the height is 240.

Ah excellent! Thank you very much everyone! Resizing solved it.