Which platform are you using? You can look at the documtation for each platform.

I am using Vexcode. I’ve searched this up online, and have also looked through the api documentation, but I haven’t really found any useful information (in fact, I couldn’t find it in the documentation - maybe i’m just blind).

is used to draw completely raw data to the V5 screen. Perhaps you have written some other form of image decoder or have created a test pattern in a memory buffer.

will draw a PNG or BMP image that you have either embedded in code or read in from a file.

I like how he called it a small demo. But the dropdown says large code

@jpearman I copied your code sample and tried it exactly as you had it and was still unable to write any image data to the screen. I am reviving this thread because i have found no others that are related to this topic. Any help you could provide would be greatly appreciated

Let me check, but it’s probably because you have this as local variable

there’s not enough stack to do that.

What would be the correct way to do it? Also thank you for the rapid reply. Would it be to just pre define the size manually?

either use a global or static buffer, or allocate and delete as needed.

probably best to check for valid dimensions as well, make sure width and height are not too big

with that code and a blank project only containing that code and the robot-config.h file (vex.h as well) I still am getting a completely blank screen (other then the default project name and time running header at the top of the screen) and I can not figure out why. As far as I can tell the function should generate image data.

It did here.
Are you using the latest VEXcode and a V5 brain fully updated to 1.0.8 ?

VEXOS is currently at 1.0.8 for the cortex and the VEXcode is at the latest version I even reinstalled it just in case. I am going to test it on another cortex and see if it works.

Alright it was the cortex honestly I should have checked that first thank you very much for your time! I will do some research on why it is not working on that cortex.

I wonder what’s wrong, is the V5 working in all other respects ? Is the UI working ok ? perhaps perform a “Reset All settings” and “Delete Programs…” and see if it works then.

That fixed it thank you very much. Have a great day.

@jpearman I copied your code directly and tried to use it to display a picture I chose. I generated an uint8 array through https://littlevgl.com/image-to-c-array but I cannot get the picture to show up with the generated array. The display is just dark. For color format I chose RAW. I wonder if something is wrong within the array generation because when I used your data the vex logo prints correctly. Care to take a look? 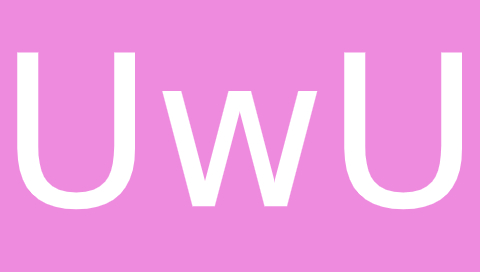 I don’t think you can use the LVGL image converter. The vex logo image in my earlier post was a png (or perhaps bmp, I forget) image directly converted from binary to a C array , that is, every byte in the original file was converted to a text hex value. I don’t know if there are tools available on the internet to do that. The image also needs to be 480x240 or smaller. Here’s a project with your image.
v5code-project-uwuImage.zip (83.8 KB)

Wow thanks a lot! How did you manage to do the conversion? Would you be able to provide code for that?

@jpearman I wrote a very primitive converter with python, but I’m still unable to get the image on the screen. I fed the bmp version of the image into the program and the output is the same as the output from the LVGL image converter. Do you know what’s wrong with the code? The code is as follows:

I tried the lvgl converter with the image I used (I converted and saved as png). Using the converter with color format “Raw” seems to generate the same array as I included in the program I sent you, you would just have to delete all the unnecessary lvgl definitions.

For those who are interested in trying to put pictures on the robot, use https://littlevgl.com/image-to-c-array to convert the 480x240 png picture file with RAW as color format. Then replace the uint8_t array in jpearman’s code with the output one. Tested it works.