Motors are dying after about 6 seconds of run-time. We have tried separating the power load, one wheel motor in 1-5 and one in 6-10. We have also tried the addition of a power expander. Does anyone have another suggestion? I have included a image of what the flywheel gearing looks like. 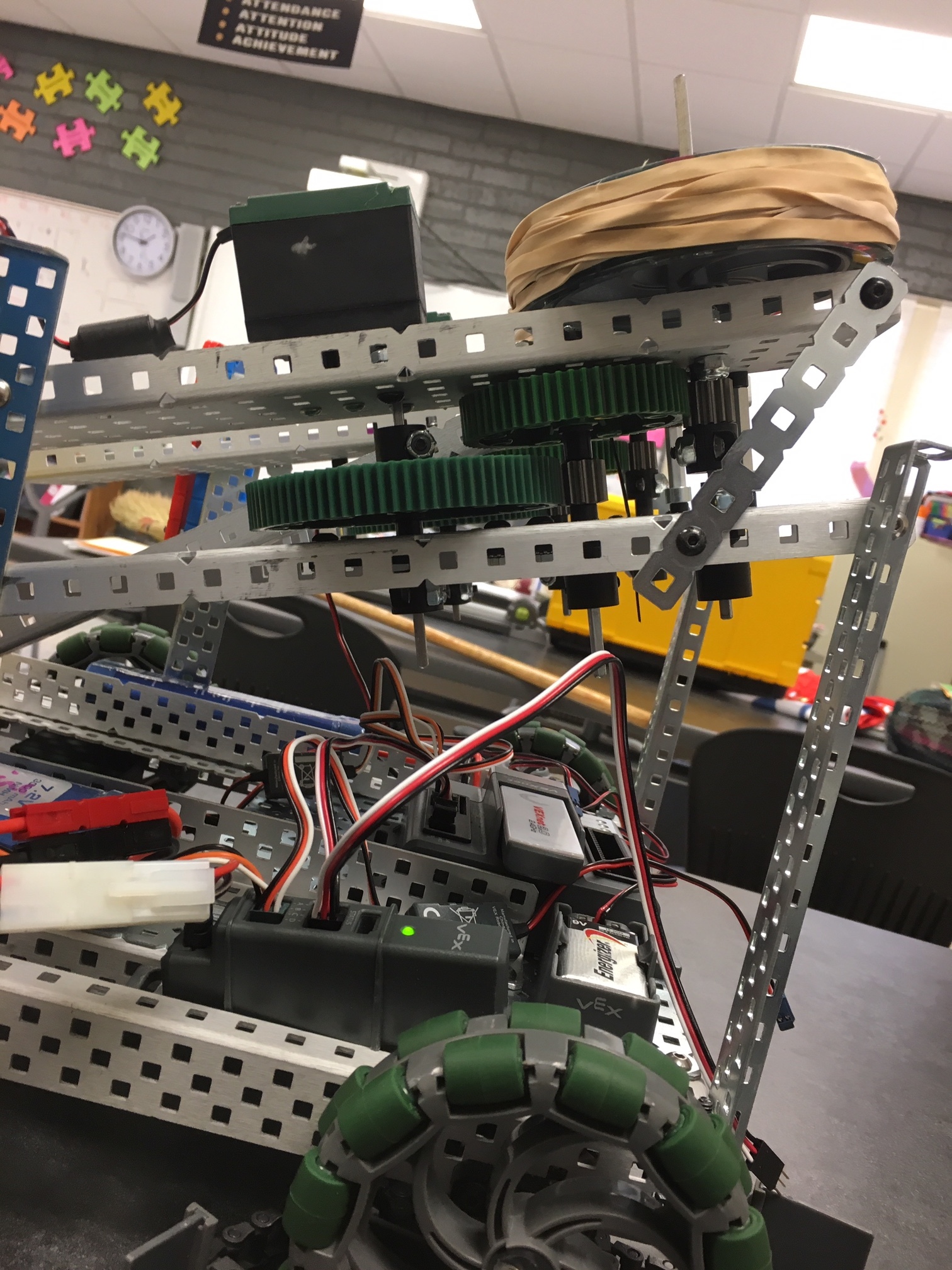 This is an old thread, even if you had best of intentions you should not revive it.

First, this is an old thread.

Second, there clearly is a power expander in the front.

I would have said to “reduce friction” if I saw this when it was first posted, but I feel like due to being a new game, it won’t matter.