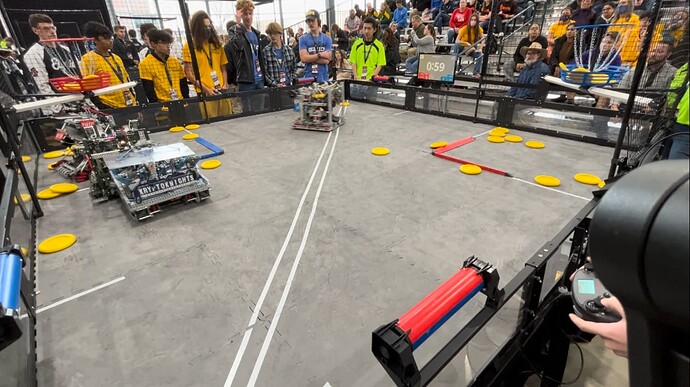 image1334×750 123 KB
So, in a recent competition, we were pinned by another team with an 8 motor drivetrain against the bumper around the zones. We were told that being trapped for 59 secs (as seen in photo, videos can’t be uploaded to this website) was legal because of the recent Q&A where this issue was brought up. This was an incredibly poor decision, and allows for completely boring gameplay exhibiting the hot, fast action including both of one alliance’s robots being stuck for 59 seconds of a match. By the way, we lost 98-109. We would have won if we weren’t trapped for more than 5 seconds, LEGALLY. This team damaged the field while pinning us, and somehow this is on us? And what about any robot with any sort of disk intake? The disk intake has to be close to the ground to be viable, meaning any robot that intakes disk can fall victim to this rule.
Danke November 18, 2022, 7:55pm #2

I can see why this would frustrate you, and it’s perfectly valid to disagree with this q&a response, I myself am not sure I agree with the notion that a robot which wasn’t designed with the intent to cross the barrier should be fair to pin for an entirety of the match.

That being said, the barrier is not an insurmountable obstacle, and many many teams have been able to cross it, despite having low-riding intake structure. So while you are perfectly entitled to complaining about the ruling, it likely will not change. But by designing around this obstacle, you won’t have to worry about this situation happening to you again.

I just want clarification that they can only pin for 5 seconds. The rule is fine in general, but the 59 seconds of the game spent being incapable of doing anything, not even endgame, is infuriating.

I knew situations like this would happen, so I made this post which sparked some discussion on the topic.

For a lack of a better place to put this, I disagree with the ruling in this Q&A Low Goal Barrier Trapping : Robot Events. The TLDR of this Q&A is that if a robot is being trapped against the barrier but is faced such that the wheels are in position to drive over the barrier, it is not a trap regardless of whether the robot can or cannot drive over the barrier. One issue I have with this is when it says, “A Robot that cannot cross the Barrier in that configuration has taken a calculated design…

While I disagree with the ruling, I agree with @Xenon27 's post above. This follow up Q&A has been posted and until it has been answered, the best you can do is adapt to the current situation.

Well, this is interesting, I see the point the Q&A staff are trying to make however why did they not think of this before we all started building are robots? This seems like a significant change to pinning that should be made aware to all teams beforehand so we can adjust our designs and not be left redesigning and getting pinned for the whole match. In my opinion, it should not matter how they get pinned but if you can’t move and they are clearly causing that then trapping should apply. Or like I said they should have justified this at the start of spin-up because we all know that trapping is a big deal and changing it can be very significant to everyone.

Turns out the team that pinned us screwed us over for the next match, they unplugged the inertia sensor and caused our code to fail to initialize. We were unable to compete in our third match because of this. But it’s still all legal, because Vex victim-blames the robotics team even when the issue is out of their control.
The inertia sensor was hidden deep in our robot, but the torsion and various other forces involved in a 6 motor v 8 motor face off was too much.

You can hardly blame robot defense for unplugging a sensor. If you have proper wire management this simply wouldn’t happen.

I do. That’s why I blamed them. Everything is zip tied out of the way, the only possible thing is that. I can’t think of any other way, due to the position and our cable management. 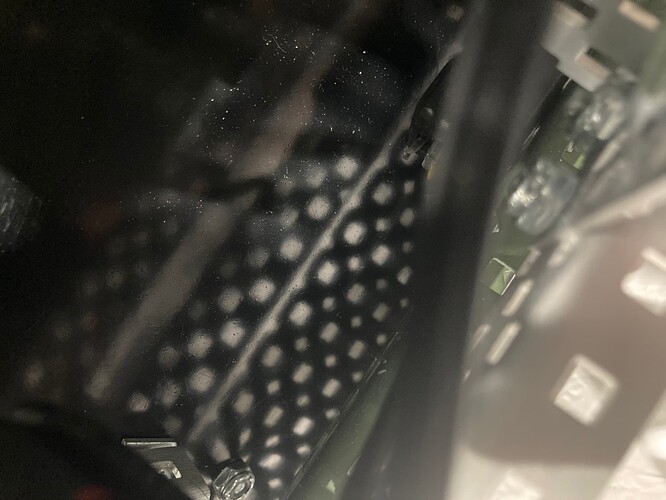 Our inertia sensor. The screw is the sensor. Our hands can’t touch it, it is zip tied down, no tool can reach it, this is the only feasible explanation, although I will admit, it is a difficult one to image, but it’s still the easiest to imagine. 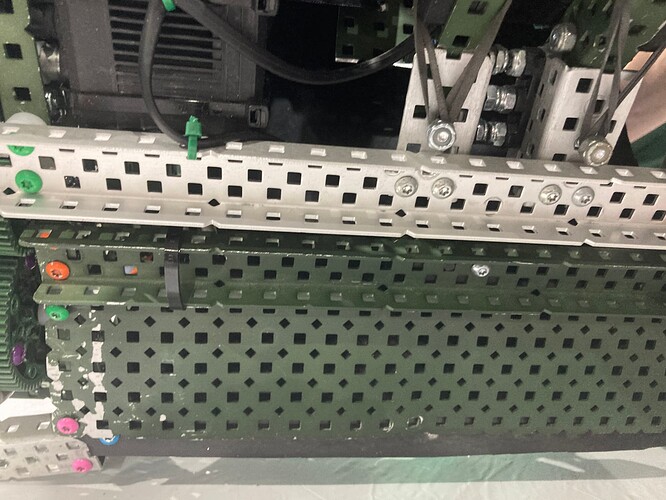 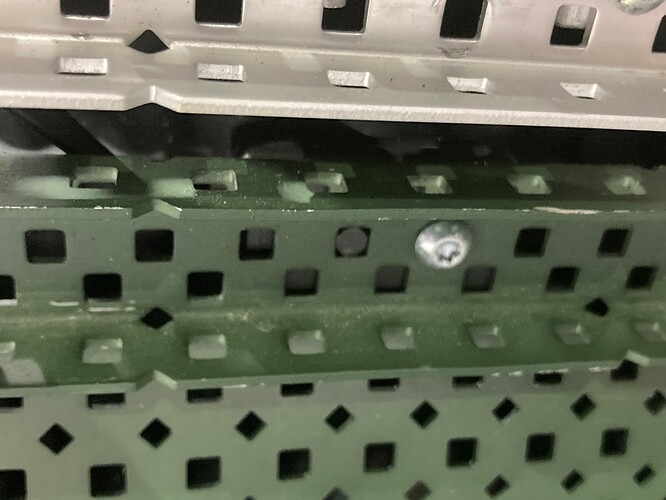 Personally… and along the lines of a ‘vigorous defense’, I would be fine with a pneumatic/etc actuated ‘flipper’ that takes a pushing/trapping bot and flips it over. I would not find the defending bot in violation of anything.

But, that said, I find the ruling just wrong, against the spirit and history of the games to date.

After having a bot sabotaged by other teams… the standing orders are to electrical tape down all motor plugs.