Explanation of physics of rolling resistance in drive trains

Hey all, I am from the vexU team GATR2 and I wanted to open this thread as discussing with people on discord it seems this topic is a very little known topic or completely misunderstood with many people in vex despite being a huge factor when dealing with drive trains. To begin, I want to say that this post will be long but if you have never heard of rolling resistance it is definitely worth reading as I will try to go into detail into this crucial topic of physics for vex drivetrains. Additionally, if I get anything wrong please comment correcting me.

Rolling resistance is defined by Wikipedia as “Rolling resistance, sometimes called rolling friction or rolling drag, is the force resisting the motion when a body rolls on a surface.” This can be understood as the grip between the ground and the wheels of your drivetrain. This may be a good or bad thing, if you are looking to push someone then rolling resistance is your friend, but if you want to build a fast drive train, then it is your enemy because rolling resistance is still a frictional loss even if it may help you push other bots. 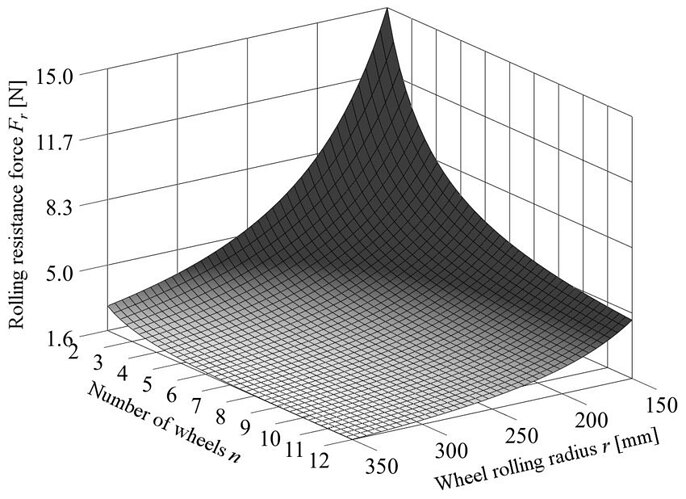 If there is one thing you take away from this post just know that less and smaller wheels is for defensive bots and more wheels and bigger wheels is for fast bots. From my personal experience I can say that I have experienced much less burn out on my drive trains the more wheels and bigger wheels I use. I personally choose to never go less than 6 wheel drive on 3.25" wheels as 3.25" wheels and this year I my chassis looks like this with 8 wheels for less rolling resistance as I am running a 600rpm drive. 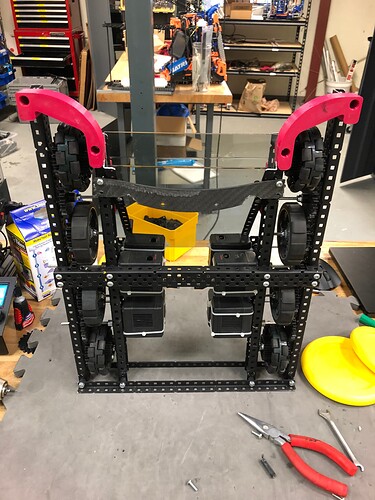 You’ve got wheel deformation to deal with, surface deformation, and wheel/surface contact friction just off the top of my head. This is to say nothing about drivetrain losses, gearing, chains, shaft/bearing friction, etc.

Also, the difference between straight line resistance and turning friction needs to be accounted for as the wheel scrubs/slides/twists on the playing surface.

In short, these are some very complex issues… but on the good side, they can be measured experimentally fairly easily.

this post has quite a bit of misinformation… i would recommend doing actual research on tire contact patch dynamics before posting and not just looking at one wikipedia page before misguiding new users to building absurd drive trains. in reality this information makes little to no difference and in theory it is just incorrect.

Most basic physics courses just gloss over rolling friction by stating that it is very complicated and then simplifying it to be directly proportional to the normal force (if they even discuss rolling friction.)

This treatment is fine for a basic application that is making many other assumptions, but masks the underlying factors. I’ve used the video below in class as it does a good job of exploring the underlying issues with lots of visuals in a brief 5 minutes. I’d recommend watching it if you are interested in Rolling Friction (aka rolling resistance) and checking out some of LESICS videos on other topics too. 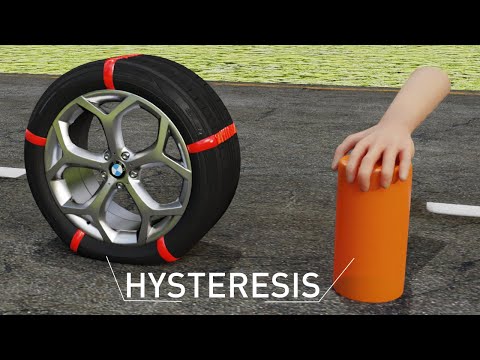