Hi All. I am new to Vex, and not doing competition; just building bots for fun. I’m a software guy, not a hardware guy, and definitely not a physics person.

I dinked around with the sensor bot or whatever the thing in the basic guide is, but didn’t do much besides add more bumpers and sonar and do some test coding around that. I wanted to build a bot that could go upstairs and bring messages to my wife (what woman could resist a message delivered by a plastic robot?). I searched the forum, found a link for an awesome looking European bot that has 5 spoked legged-wheels. That bot A) climbs stairs, B) cruises over rough terrain quickly, and C) generally looks pretty freaky.

My bot took 36 versions to climb up to the top of the stairs the first time, and looks like a drunken rugby team team loosely tied together at the waist, staggering down the street at 2 am. Other than that, it’s exactly like the European bot. Exactly.

(for anyone not downloading the .mov file, this is basically a two-piece, flat chassis. The two chassises can roll about 30 degrees independently, to help get over obstructions. There are 4 motors, using a 12:60 gear ratio, each powering a “legged wheel” 34 IQ holes in diameter, with 4 spokes to each leg. Household string near the tips of the legs helps prevent legs from lodging directly up against a step. The whole thing is maybe 2 1/2 feet long and maybe 15 inches wide at the widest.

Would v5 steel parts be lighter? Or just stronger? Any advice in general before I break this little fellow down and start on a new design?

Would v5 steel parts be lighter? 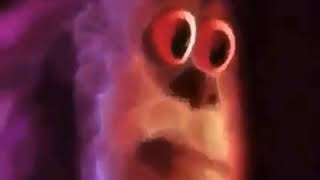 (no, no it would not be lighter)

The edr line does have 5 inch stair climbing wheels, not sure if they’d be usea level on IQ. You could also try compounding a gear ratio for more torque.
Instead of having each motor power one side, try having 2 motors per wheel and maybe leave the back set of wheels unpowered? Not sure how this would work, but it might?

Not lighter but steel or aluminum parts would be much more robust and durable. Furthermore, less bracing / smaller bits can be built as construction will be stronger or “more permanent” persay.

The Vex EDR “wheel legs” should be compatible with Vex IQ. While they only have 4 legs (as opposed to the 5 you are looking for) I think they could suit this purpose much better than your custom made wheel legs.

@Gemeoa: I did find some references to those wheels at one point, but they were always listed as unavailable/discontinued. I’m 2000% sure that having wheels better than my crapalicious homemade ones would have been better.

@LilTree: Thanks for that info. I’ve never seen the Vex metal kits, but I assumed they would be stronger and require less double-bracing. I understand the power is 5x the IQ motors, so the combination of that might make this design work.

@Railgunawesome: compounding gear ratios! Of course. duh. I reworked it to do that, and I think it produced enough power to get up the stairs reliably. I say “think”, because the extra width/length I added to allow for the extra gears seems to have bene the last straw, and it disassembled itself rather enthusiastically each of the last 5 versions.

Having reached version 39, I am ready to throw in the towel (until I have EDR parts) and go on to a rocker bogie type rover.

Thanks all for help!

I think that if you make the connection between the front wheels and the back wheels shorter, it might help.

The problem was that the legged wheels were so large, they have to be far apart, or they collide.

Here are a couple links for anyone interested. Really interesting mechanics:

Coyote III (I think I originally saw a video of the Coyote I):
https://www.wevolver.com/wevolver.staff/coyote.iii.rover/

European Space Agency rover with 2 legged wheels and a paddle-wheel thing in back:
https://www.wevolver.com/wevolver.staff/cesar/master/blob/Overview.md

in your video, there are two ‘pods’ that consist of two wheels that are shaped like x’s,and there are a few beams holding them together. you only have one beam on each side, mounted like so: | instead,you should have two beams, together at a 90 degree angle like: |_