yes, I was thinking about doing that. I’m doing a 3 inch double flywheel, which doubles the distance, meaning 4200 RPM would be way overkill. even at 3000 RPM, it shoots into the goal from 14 feet away. I wasn’t sure if spinning two flywheels would burn the motors.

I know about motors overheating(we had plenty of experience with it last year), I wasn’t sure if burning motors referred to something different.

What do you mean by this? As in twice the motors? One on each side of the disc? Because neither of those will double your distance.

So when you have a double flywheel, you generally want to have 1/2 the speed of a normal flywheel.

My team is looking at having 1 motor always powering the flywheel while having other motors that are on ratchets or pto be able to also ‘add’ power to the flywheel when they are not in use. This idea was based off of some turning point designs where people ratcheted indexers and flywheels for faster spin up time. As for rpm I really have no idea.

What do you mean by this? As in twice the motors? One on each side of the disc? Because neither of those will double your distance.

I tried both this and having a flywheel half the size, neither worked. what I may try now is to have one flywheel spinning about 1000 rpm to spin the disk, but not spin it too much. if I’m right, this will take off some of the distance, correct?

not entirely. it is inconsistent, but I was able to hit the goal from 14 feet away, which a single
60:12 3 inch flywheel cannot even come close to doing. the instability of the disk makes the distance inconsistent, but it doesn’t take away much distance.

the discs won’t go as far.

With a dual flywheel the discs will go twice as far.

Also @Annihilation_Robotic what do you mean by it didn’t work with a lower rpm? Did the disc go too far or too short?

the instability of the disk makes the distance inconsistent

But this also makes close up shots much more easier, and allows the goal to be stuffed with more discs than a comparable single flywheel. This is why many mainland chinese organizations (like AK, Bad Robot, HIC, etc.) have robots with flywheels of this type.

it went too short. Actually, it might have been the flywheel itself that was the problem, not the rpms.

Anyway, I’m testing the perfect go-between: same 3 inch double flywheel, but one wheel’s at 60:12, and the other’s at 60:36. this will spin the disk for stability, and it will still have a good percentage of the distance(not all). I’ll let you know if it works in a few minutes.

EDIT:
nope, it didn’t work, so I tried 60:24 instead. this was perfect; it had just the right balance of spin and distance.

My team had a similar probelm so we figured out that we have to use gears. What we did was add 1 blue motor, 84t gears, 36t gears per wheel. Which allowed it to go pretty fast.

This robot has a double flywheel, and seems to shoot incredibly far (24’ as said in the video). A lot of that may be because it is a 4 motor flywheel though. 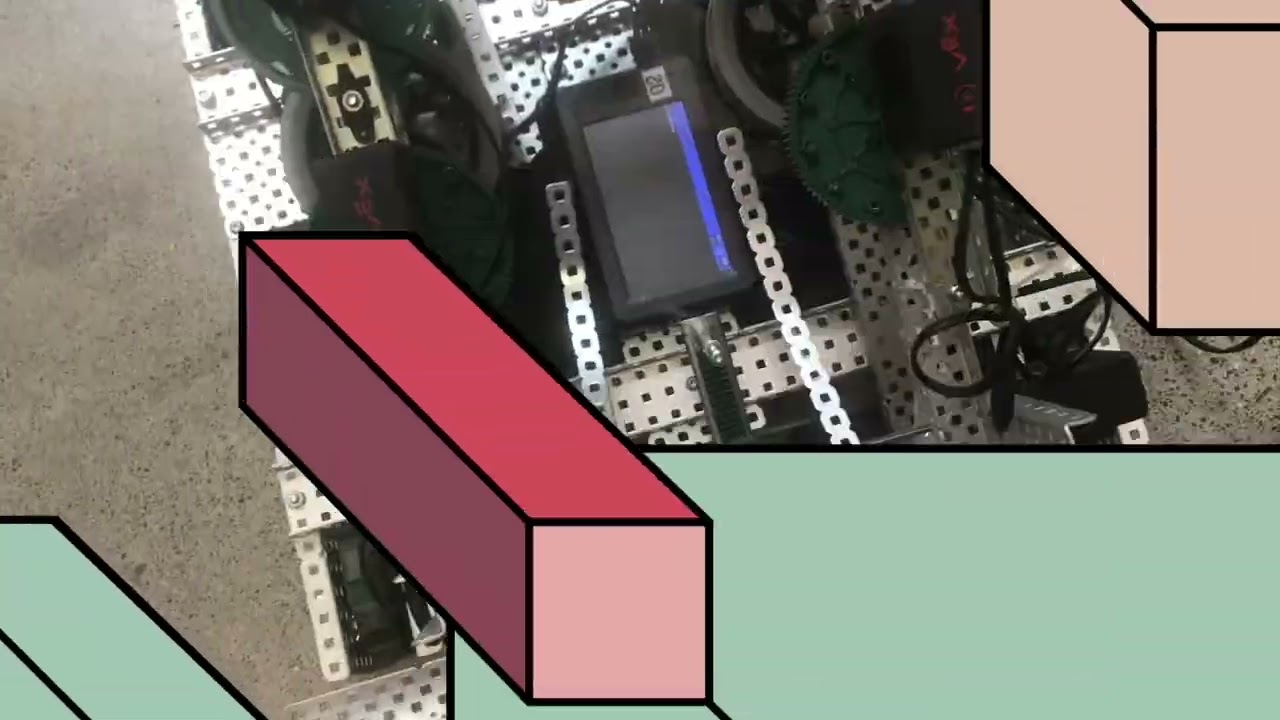 theoretically a double flywheel will have an exit speed double that of a single flywheel, assuming identical wheel sizes and wheel rpms, as well as identical transfer of energy from the wheels to the disc. This doesn’t necessarily equate to double the distance though, and none of the above things can actually be relied on in practice.

So no, a double flywheel will not inherently shoot farther than a single. And if you take a look into the way china has been utilizing double vs single flywheels, it seems that double flywheels are specializing in close range shots, probably due to the lack of spin on the discs making them land more consistently in the goal, at the cost of less long-range launch stability.

land more consistently in the goal, at the cost of less long-range launch stability.

More that they land in more varied positions, so the goals can be filled with more discs. Team 13186A found that this can increase a team’s singular goal capacity by 3-6 discs (15-30 points per goal, so a total of 30-60 points in total for skills). Its shots are also softer than those of a double flywheel, so discs have a higher chance of staying in the goal after being shot (as compared to a single flywheel, where discs have a higher chance of bouncing or sliding out of the goal).

it’ll be interesting for sure to see just how important long range shooting ends up being. I think it’s incredibly important to be able to score very efficiently during autonomous, so that you can fill you goal more quickly and get into a desirable position with the rollers, which means you need to be able to shoot a fair distance. But I also think it is important to be able to get the most points out of the goal as possible, and being able to consistently load more discs in your goal than your opponents is a huge advantage considering the very limited ways to score this year.

I suspect that while double flywheels are better at close range and goal packing than single flywheels, catapults might be even better at this with the instant triple shot capability that loads discs very quickly in a very compact package. But it remains to be seen if a catapult can compete with a high end single flywheel during the autonomous period. If it can, I believe a catapult could end up being the dominant shooter, even over well-tuned flywheels. And of course there’s always the hope that people try to specialize in either long or close range scoring, and synergize together in alliances for a more varied and interesting dynamic, but that never seems to come to fruition even when I hope for it every season.

Kind of off topic from the original discussion, but I’m very interested to sit back and watch the competition between different shooters, who knows maybe we’ll have a nice variety even well into the season.