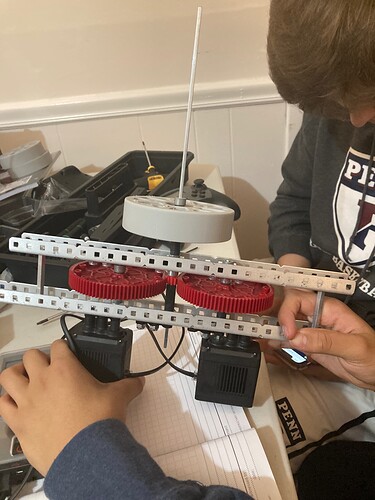 Friction, of course, is the biggest thing. Any method you have to reduce it is beneficial.

Make sure that nothing’s loose, but also that there’s as little friction as possible.

Can you specify what you mean by friction? Did you mean the gearing ratio, from motor to gear?

Friction is resistance caused by two surfaces moving past one another.
Here’s an example. Say you put a piece of rubber on a smooth plastic surface at an angle. The rubber won’t slide off unless you tilt the surface really far up, because the friction between the rubber and the plastic is high, especially compared to that of another smooth plastic on the plastic ramp. Friction is what makes the rubber harder to slide along the surface. What’s also neat is that you can determine the coefficient of friction, which is used in friction calculations, from this experiment. You simply find the angle that the surface is tilted at when the object starts to slide, and that’s the coefficient of friction of the surface.

When it comes to gears, friction is bad because it wastes energy that could be going towards moving your system. Imagine rubbing your hands together on a cold day to warm them up. That works because of friction, producing energy.
In this example, that energy comes from you moving your hands together. On a robot, that energy comes from the motors.
Now, obviously you want to get all the power you can from your motors to your mechanism, with as little as possible getting lost in the geartrain, which is why excess friction is bad. It can make your flywheel slower and weaker than it should be.

In this case, your gear ratio is a little higher than what you most likely need for a flywheel, you might want to try a 5:1 instead of a 7:1. The little plastic 12t gear has high friction and is likely to bind inder high power.
You may want to try using more than just 2 standoffs to support your top channel.
Your flywheel is also cantilevered, try supporting it with another c-channel on the top. 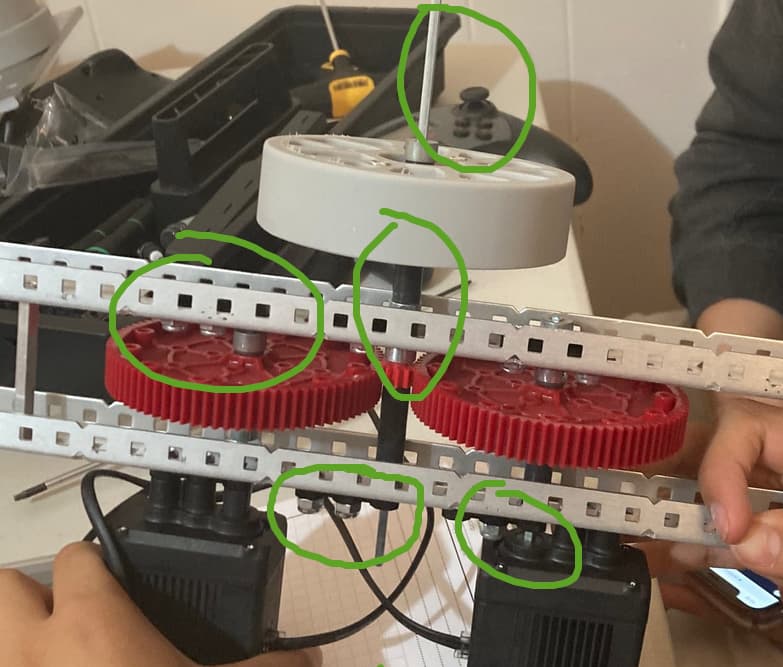 Shafts not going through center of bearing. When using the side hole, the bearing tends to bend/kick up causing misalignment, friction, and problems.

Long stretches of unsupported shafts. Need to keep it short as possible.