I’ve down a fle wheel shooter, but with every shot, the mechanism loses power. Then I have to approach, making that I fail a lot of shots. My question is, how can I do for not lose power? 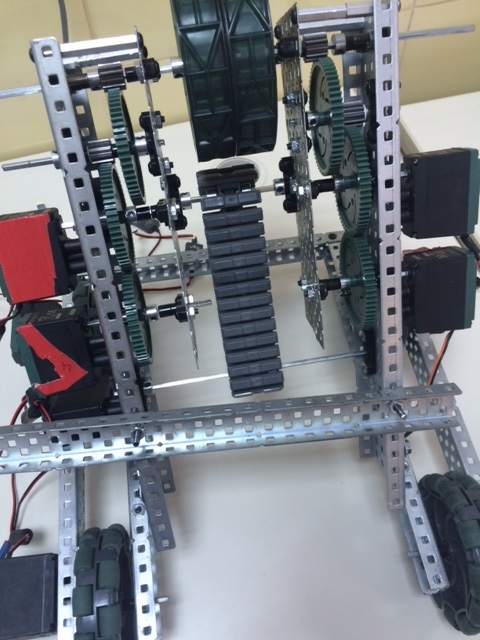 Well, what most teams use is some sort of velocity control, such as PID, TBH, or a bang bang controller. However, a velocity control will only help you so much, I would suggest that you also make sure that your flywheel has minimal friction. If your interested in using some velocity control then let me know and I could try and describe tham to you.

If you run your motors at full power already, a velocity controller will not help. Do you have a way to monitor battery voltage in real time? You can plug in an LCD and print the battery level (in millivolts) to the screen. It will drop significantly when the flywheel starts up, but that’s to be expected. As current increases, voltage decreases. If your motors are working hard to pull the flywheel and fight friction, the battery will drain faster. That might be your problem.

There is no friction, the problem we have is that as the robot shoots the balls, the wheels in the thrower lose velocity as time passes by.

The only issue I can think of is battery. If you have an LCD (or wireless debugging cable), you can print the battery voltage to the LCD screen. That will tell you if your battery level drops significantly.