I know that at the VEX Robotics World Championship 2012 there were teams that has members that are Girl Scouts, but they were representing a school.

Our team was interviewed by VEX media because there was a possibility that we are the first team of Girl Scouts that reached the VEX WC. But they and neither us know OFFICIALLY this information.

Could you research and tell us about this? BTW… We would like to have a copy of that interview! 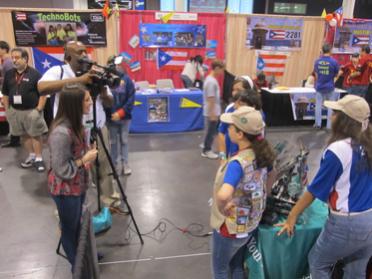 After talking to the person in charge of that interview, I was informed that your team is among one of the first teams representing a Girl Scouts troop; however, we have no way of knowing if you are exactly the first one.

We are still processing all the VEX Championship interviews/videos.
We will be on the lookout for your interview.
Hopefully, such interviews will be public eventually.

Hi, Eli!
I forgot to say THANK YOU.

Any update on this topic?