In the scoring screen there is a button that says bonus that does nothing and I can not find a mention of a second bonus type in the game manual. 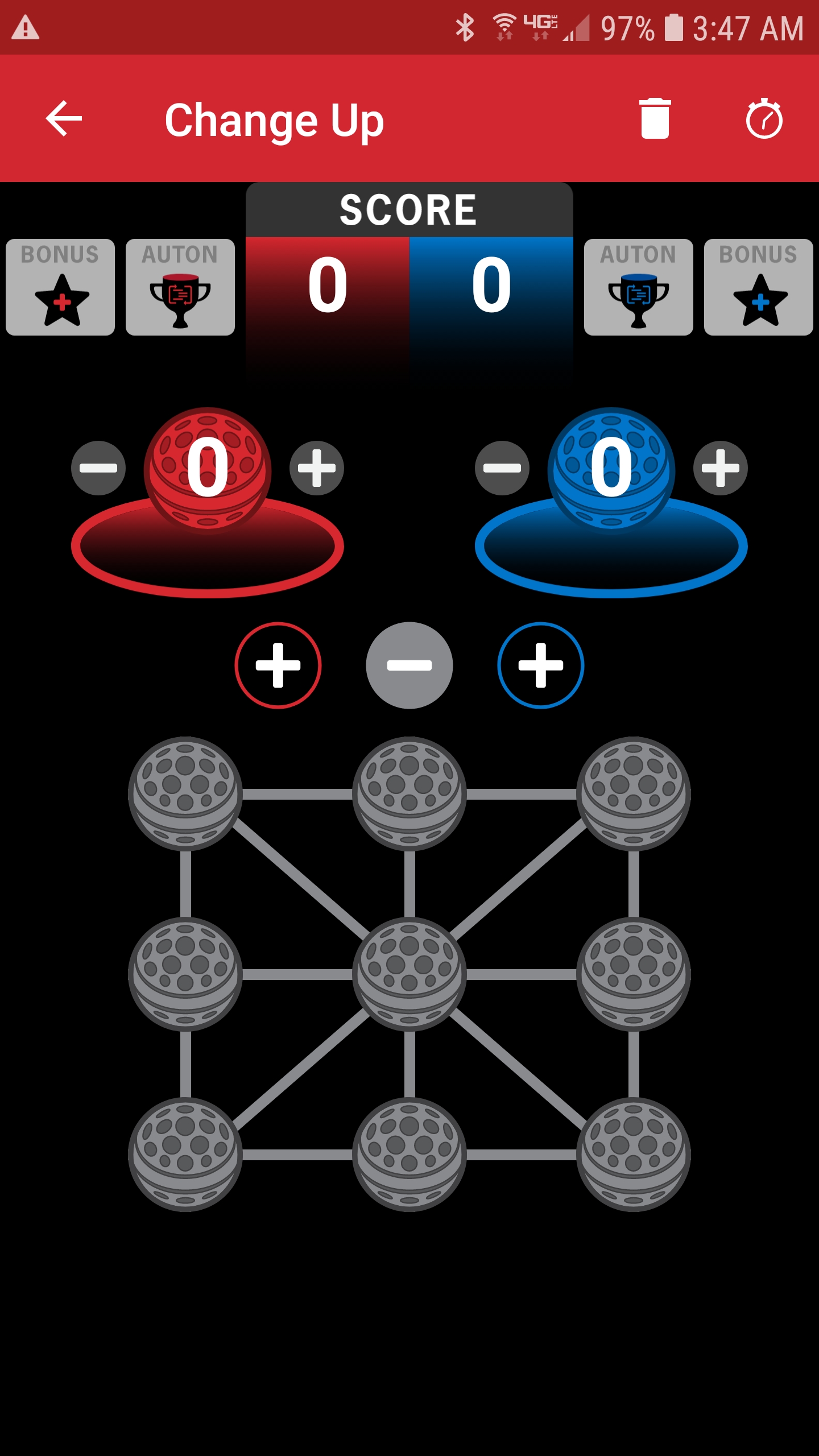 My guess is it refers to the one extra bonus win point for completing the row in autonomous, and that button is there because the referee scoring app uses a similar interface as the VRC Hub app? The extra win point doesn’t change the match score, but it does change rankings, so it should be significant enough to click?

It appears to do nothing because it does not affect the score of the match. However, the Autonomous Win Point is significant with respect to rankings and should definitely be included in cases where, for example, the head referee is discussing the scoring of a match with a team.

that button is there because the referee scoring app uses a similar interface as the VRC Hub app?

Historically the two interfaces have been quite different, and I expect this year to be no exception (though I have not personally seen the new interface yet). The referee scoring app needs to be much more explicit about everything, while VRC Hub tends to be more minimalist.

The bonus buttons represent the AWP. When the Hub interface was designed, we tried to incorporate everything that would need to be captured to calculate a score. What we overlooked was that the AWP is worth 0 points when we included it. Once we realized it, we considered removing it because we knew a thread like this would be created (although we expected it to come in the form of a 1 star review), but left it in since there could be a use case where you want to calculate scores without TM for practices. It allows you to at least keep track of the fact that the AWP was earned. Whether or not we’ll keep it in moving forward will be discussed, but it was intentionally placed there and has no affect on the points in the Hub interface.

As @Barin pointed out, this input will be captured in the TM Mobile interface (in a slightly different UI form factor) and will have impact on the inputs into TM and the calculated rankings

Ok thanks it confused me for a while.

No problem. Thanks for asking here rather than nail us with a one star review

That way it can be disabled by default to avoid ignorant users giving 1-star reviews, and it would be significantly clearer what the “Bonus” button actually represents.