Hi Everyone! Me, and My team all have chromebooks from our school. We want to use some type of Cloud Service, or something like git/github to share our code so if someone is gone, we can still use the most updated version, without having to update it every time we change the code. Is there some way to do this with google drive? the chromebooks are locked down so git/github wont work, and sense it is a chromebook, most others wont work. thank you for reading!

Git/GitHub is possible on a chromebook from my understanding, you could always use the website to make changes to the code and have it backed up on the cloud. While there are some faults to this approach (I’m not sure how you would be able to see differences between the main branch versus the local before you make commits), its better than Google Drive from what I know of this situation. As someone who used to use Google Drive to back up code before I know of Version Control Systems, its not really good with tracking changes you or others made to the codebase, which is why I would suggest Git or any other VSC over Google Drive.

The issue with Git, is the laptops we have have blocked us from using Crosh, so we can not downlaod git from what I know.

Unofficial Response
First of all, why in the world did your school decide to get chromebooks for engineering? They are heavily internet-reliant and have exceptionally limited functionality beyond internet browsing. Chromebooks have absolutely little functionality in the Engineering world especially with more complex components, so it would be a woefully better alternative to request Windows computers in the Engineering room, or possibly see if you and your peers can convince the department to see if you can bring your own laptops in the engineering room.

Anyways, the simplest solution to this is to have all of the files on a small USB hard drive. The second idea would be to see if your school has a server that can store files onto via file sharing (smb or ssh protocol). Additionally, it is possible to install Linux onto a chromebook because Chrome is Linux backdriven, which would make life easier as compared to the locked down system by google.

If you install ubuntu on a laptop, you can share folders between computers by right clicking on a file in ubuntu, opening file properties, and check the box that enables network sharing.

We don’t have computers for engineering. These are the computers we get for actual school. That is what we use for code, and all of that.

Maybe I’m missing something – why can’t you just save the VEXcode project in Google Drive?

I did not think that would auto update.

That depends on what you mean by “auto update” – you won’t get Google Docs-style, real-time collaborative editing out of VEXcode, no matter where you save the project.

But VEXcode will save your project automatically as you make changes, and a shared Google Drive folder will take care of syncing the file between multiple chromebooks if that’s what you’re looking for.

That is what I care about

Not real-time. Just after every practice when we save.

Just after every practice when we save.

Then as long as you guys remember to re-upload after every practice, google drive should be perfectly fine to keep a shared file between your group. I’d see if there’s a form or someone you can talk to, to try and get github unblocked, but I also wouldn’t hold your breath on it happening, schools districts seem very afraid of it (the excuse our district gave us was something along the lines of being afraid of what people could find on there

Literally every single high school are on their toes with everything. Trust with the students are thrown out of the window. The internet is locked down, devices are restricted, and software is a pain in the butt to be downloaded due to a hiearchy that has to approve of the download before something can occur. It’s purely outrageous, but that’s the sad reality. It could be a good idea to bring a Windows laptop with wifi access that stays on in the corner of a room with a hotspot and file sharing enabled (kinda treated as a server). The students would then be able to bring their own Windows computer, connect to the server laptop’s hotspot, and access its contents remotely like a localized and shared folder beween all computers in the room.

My team just has a shared Google drive folder with a team photo, drawings, code, etc. I think that I prefer this over GitHub on the Chromebooks that our school gives us because we can just access the file directly from the file browser and because I can easily access it from any computer and it isn’t just code that is on the folder, it is anything that we will really need.

I remember installing Linux on a Chromebook. Here are some instructions for doing that: How to Install Linux on Chromebook [Step-by-Step Guide]

Trust with the students are thrown out of the window.

In their defense, I can kind of see why they do it, especially when most of the student pop. is only interested in downloading whatever games they want to play on their laptops. Extremely frustrating for those of us who actually want to accomplish things and whatnot. Especially when the blocks don’t work half the time, and actively make it more difficult for those who want things accomplished, such as when they blocked USB drives thinking that would stop games from being downloaded (it didn’t.)

The internet is locked down, devices are restricted, and software is a pain in the butt to be downloaded due to a hiearchy that has to approve of the download before something can occur.

You forgot the part where they accidentally block their own software and websites due to the complete ineptitude of the IT department (has happened 4 separate times this year, including this morning when they accidentally blocked the gradebook.) It’s absolutely ridiculous, and part of the reason I stopped using school-issued devices 3 years ago.

It could be a good idea to bring a Windows laptop with wifi access that stays on in the corner of a room with a hotspot and file sharing enabled (kinda treated as a server). The students would then be able to bring their own Windows computer, connect to the server laptop’s hotspot, and access its contents remotely like a localized and shared folder between all computers in the room.

True, but at that point, you’re just as good using Google Drive/OneDrive, and you don’t have to worry about some scumbag trying to steal a laptop. Plus, not everyone has a windows computer, and knowing the district, they’ve probably blocked something within the process.

Its all good! You can make changes to a GitHub repo directly from the website. Create a repo - GitHub Docs. If you were to use GitHub I would push my changes to the repository and just download the a zip of the code every time and extract the .zip file. 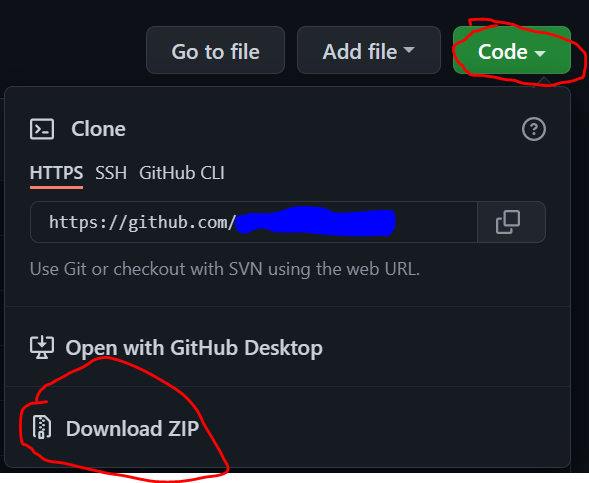 Is there any way that it can automatically update without git? I am fine with it not being real-time. I just want it so whenever we save, or at a certain part of the day or something, it searches for a new updated version, or it just automatically saves to github