That sounds more like a configuration error, is the sensor mounted on the rear of the robot ?

It’s mounted on the side with the setup offset = 0

If it’s on the side, angle offset should be either 90 or 270 depending on which side.

Oh I see! Thanks for the response, I just got confused setting the offset. 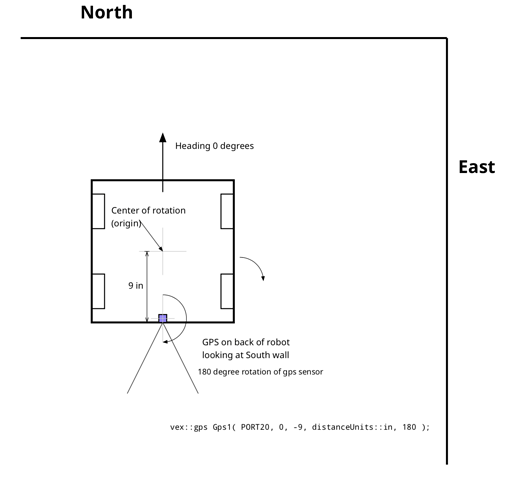 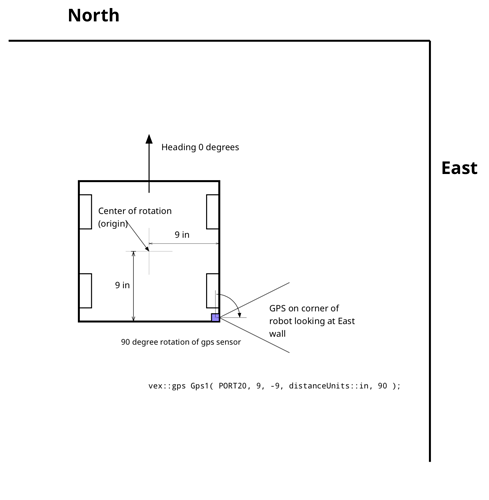 We also assumed that the gps would return a negative value. We then found out it didn’t. We then configured our bot to work without the negative values, and when I saw the post my heart dropped.

Oh woah, where are those pictures from?

@jpearman Ahhh I think I worded the bug wrong, I made another post here: GPS Yaw/ Heading Bug

turning GPS clockwise gives increasing values, that follows the same scheme we use for inertial sensor and legacy gyro.