Half of Vex IQ Kits - Would you make a suggestion?

I’m new to Vex and was only able to get enough kits for one class.

I thought maybe I could split the parts up so that all of the students can get access until I get another set of kits.

Would anyone be able to make a suggestion(s) as to what I can build, knowing now I won’t be doing the Clawbot with each group (of 2 students).

Are you planning to divide parts within a kit, or increase the number of students per kit? You post reads like you want to take one kit, split the parts in 1/2, and give half to each group. That doesn’t seem like a great idea.

I would recommend increasing the number of students per kit. Then, they can still work together to build the clawbot, or other standard robots.

I’ve found a simple robot I can build with only half the parts. Until I get more kits, I need to have split the parts. We’re not going to build the clawbot right away. Seems like an obvious choice out of the box, but want something simpler, so I can focus on small lessons.

Damien’s robot is very cool. He was timing kids at the World Championship last year, and I think my son built it in about 5 minutes. Also, check out his home page, because that link you posted goes to an older version of the robot.

I guess I misunderstood what you are planning to do. So, you have enough robot brains for each group of students, but not enough other parts to build a clawbot? In that case, this should be a good option.

Steve, there is a pic of the score board somewhere…I think your son built it in something like 3.5 minutes…which was the best time during the whole week!

Given you have 4 motors, you could build 2 core robots out of the one kit (except for the VEX-IQ brain which you’ll have to swap over. Here is a link to the score board from the World Champs last year.
http://www.damienkee.com/home/2014/5/21/vex-world-championships.html

Not sure if the VEX-IQ Super-users are going to be at the World Champs this year, but if they are, I’ll see if I can get someone to run the speed building again.

Hi guys, I figured out how to build a 2-wheeled robot, actually borrowed the idea from someone else on the internet. My school agreed to buy me another 10 kits, so I’m off to the races with a proper 4-wheeled machine, ultimately could build the clawbot. For now going to focus on autonomous robots. 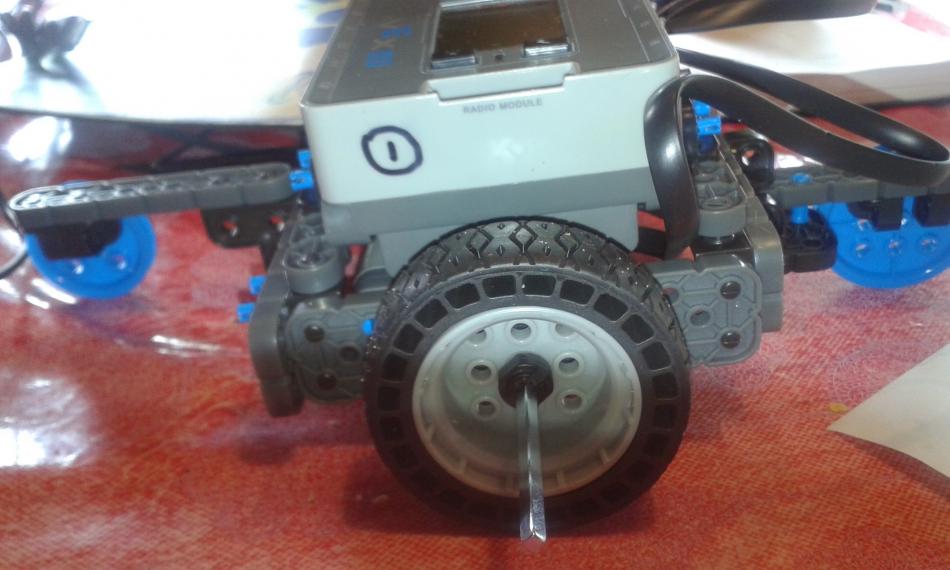