We are learning to do some autonomous functions utilizing sensors. We are new to this and use EasyC. Currently we are trying to program a basic robot to drive around a table. We have quad encoders on two motors. The user functions for forward and turn work fine on their own. We can get the robot to go forward and make the right turn by itself as long as the ticks for forward are 600 or less. If we set the ticks to say 900 the robot will only drive forward and stop without performing the turn.

If we do several forward and turn commands in an attempt to go around a rectangular table it will at best do the first forward and first turn and then quit.

We are stumped, does anyone know what is going on and can explain a fix in language that someone totally new to programming and relying on easyc interface can understand? Thanks 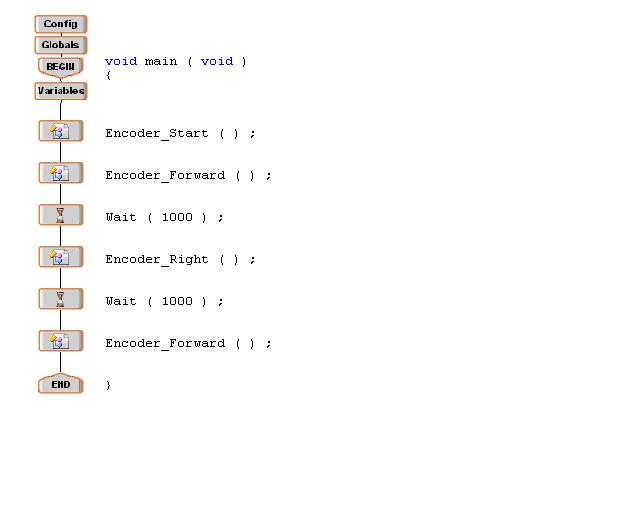 I had the same problem and I use easyc to make sure the ports aren’t broken and do a while loop in a switch statement with cases and added two variable starter and chooser put the starter ==1 and in the switch statement up chooser then add your first case and make sure case is 0 then add you start encoder and encoder forward and after that add userblock and make that say chooser = 1;then add the next case and make that 1 then add encoder right then the usercode and do chooser = 2;band do that to the rest and at the last case do user code again and put stater = 0; then add another user code again and do chooser = 3 if you need any more help I can send you pictures of my code later if you need

Pictures of the code would be great. Thanks