Following on from the thread by @Foster I thought I’d have a bash at converting the HEXBUG Offroad Truck to be IQ powered. Out the box, it comes with a Bluetooth radio and small motors that are controlled by a smartphone app. The steering uses the same type of motor but with a little potentiometer addon module to give it some feedback.

IQ motors fit in fine although the front suspension brace will need a rethink because it would block the socket on the steering motor. Will do some testing first before deciding on a final home for the IQ Brain and fitting the body. 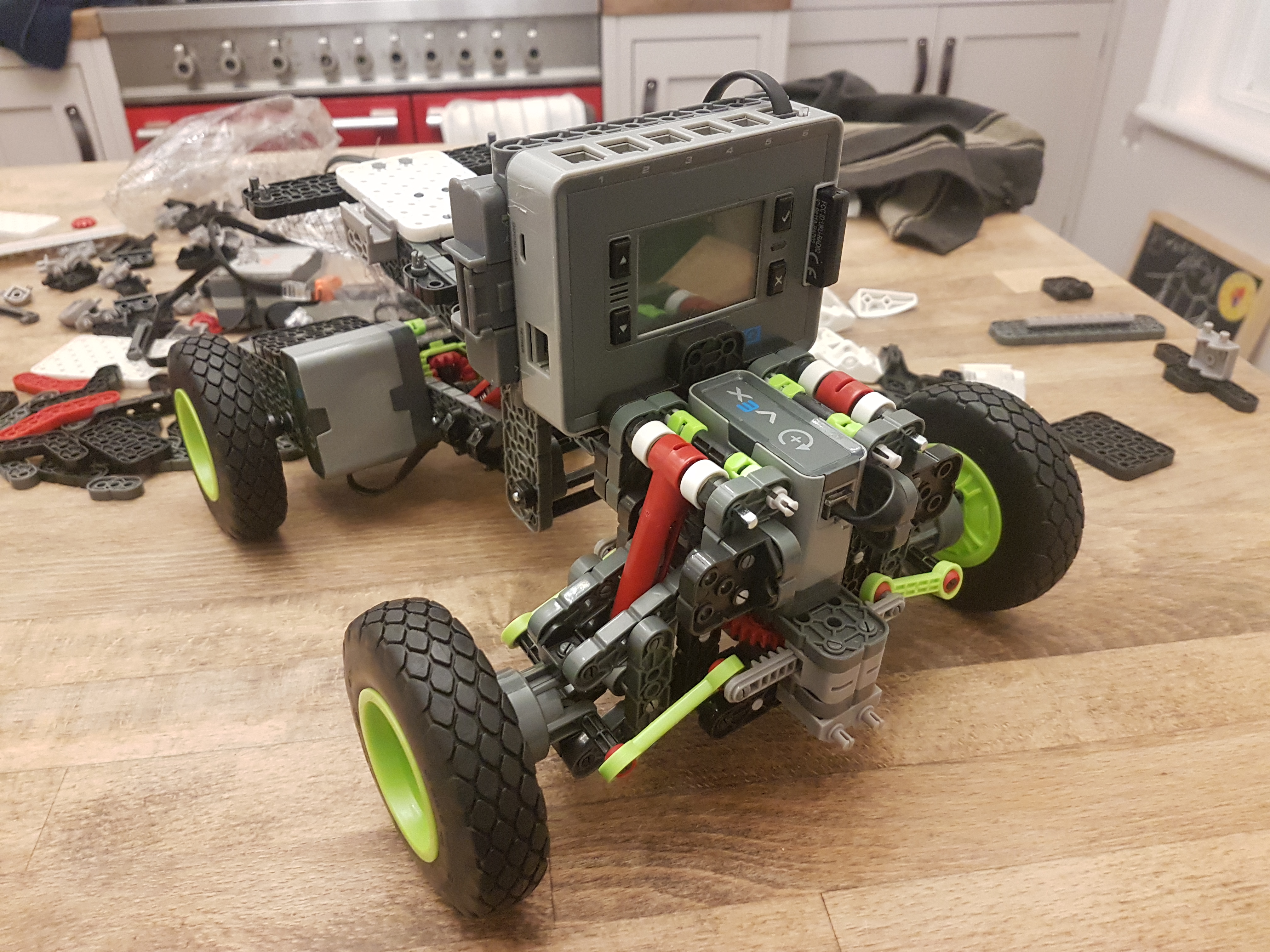 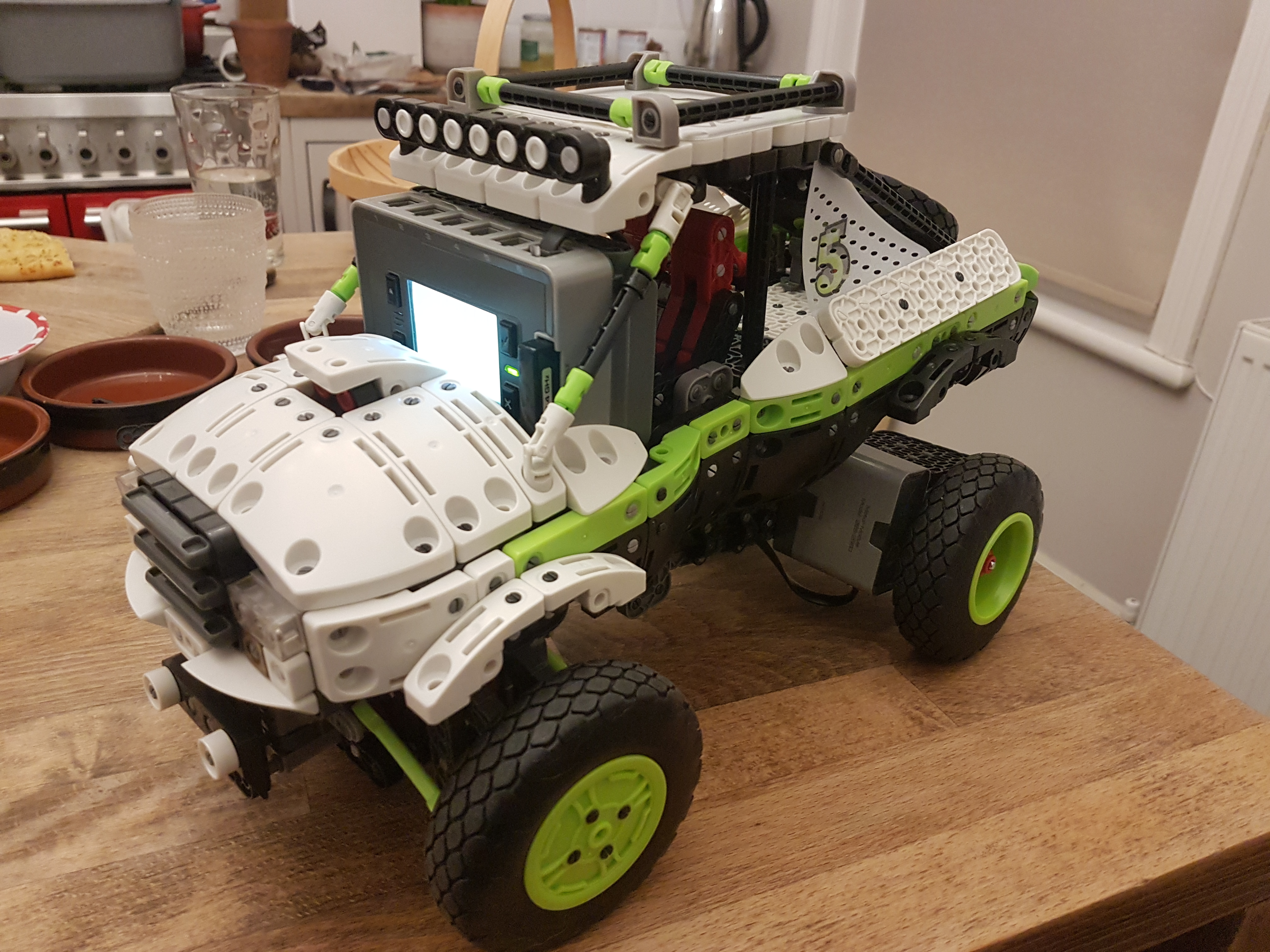 And there is the finished article. The Brain can fit either in the cockpit or in the back instead of the spare wheel. It works really nicely with the IQ electronics so cool for autonomous vehicle demos. Next thing is to rejig the rear end with a much taller gear ratio as it is 1:1 standard.

I pretty much went as per the manual and switched for IQ parts. There are two plates that would usually cover the motors that don’t fit over the IQ ones but I just let them stick out the back for now as I don’t have any 4x3 plates here. The only other thing is leaving off the brace that goes in front of the steering motor because it’ll block the motor wire but it was a belt and braces part anyway, plenty strong enough without it.

Will probably move the IQ Brain to where the spare wheel is but for now my daughter is using it to make parcel deliveries so will leave as is for now!

There are a lot of parts and the bags are really mixed in terms of types of part in them so I sorted into bowls first to make it easier. Took 2 hrs to build so not a quick one. 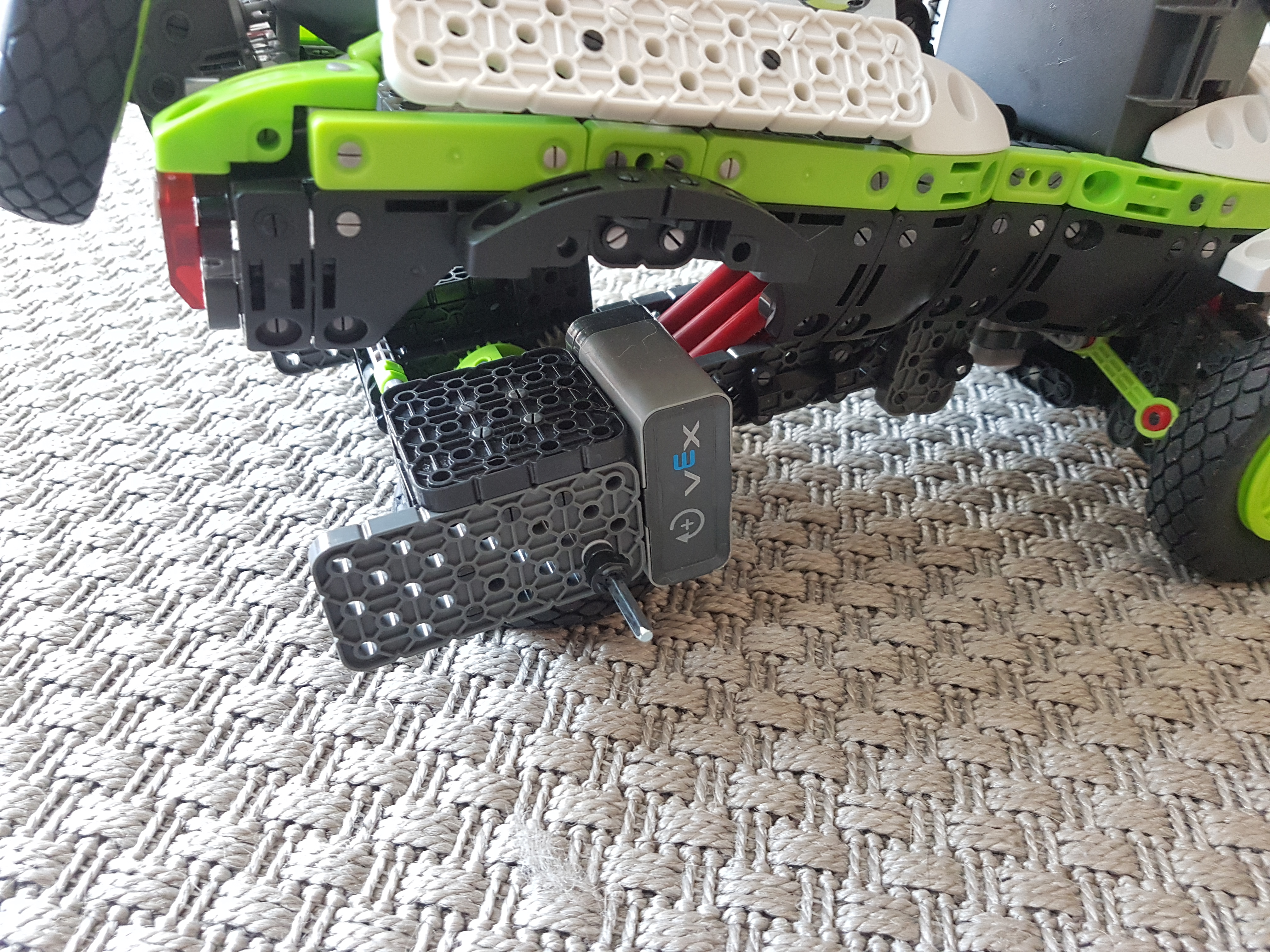 OK, thanks. I have sets of muffin tins (both full size and mini muffins) I sort into that and build from there. That seems to make the build go faster since I’m not searching around for parts.

Two hours isn’t bad for something that looks that complex. Amazon has my stuff arriving on Tuesday so I’ll most likely work on it across the next weekend.