I recently redesigned by catapult mechanism to an iteration similar to XLR8 and Gaelforce, however I am having problems.

What is the solution for this? 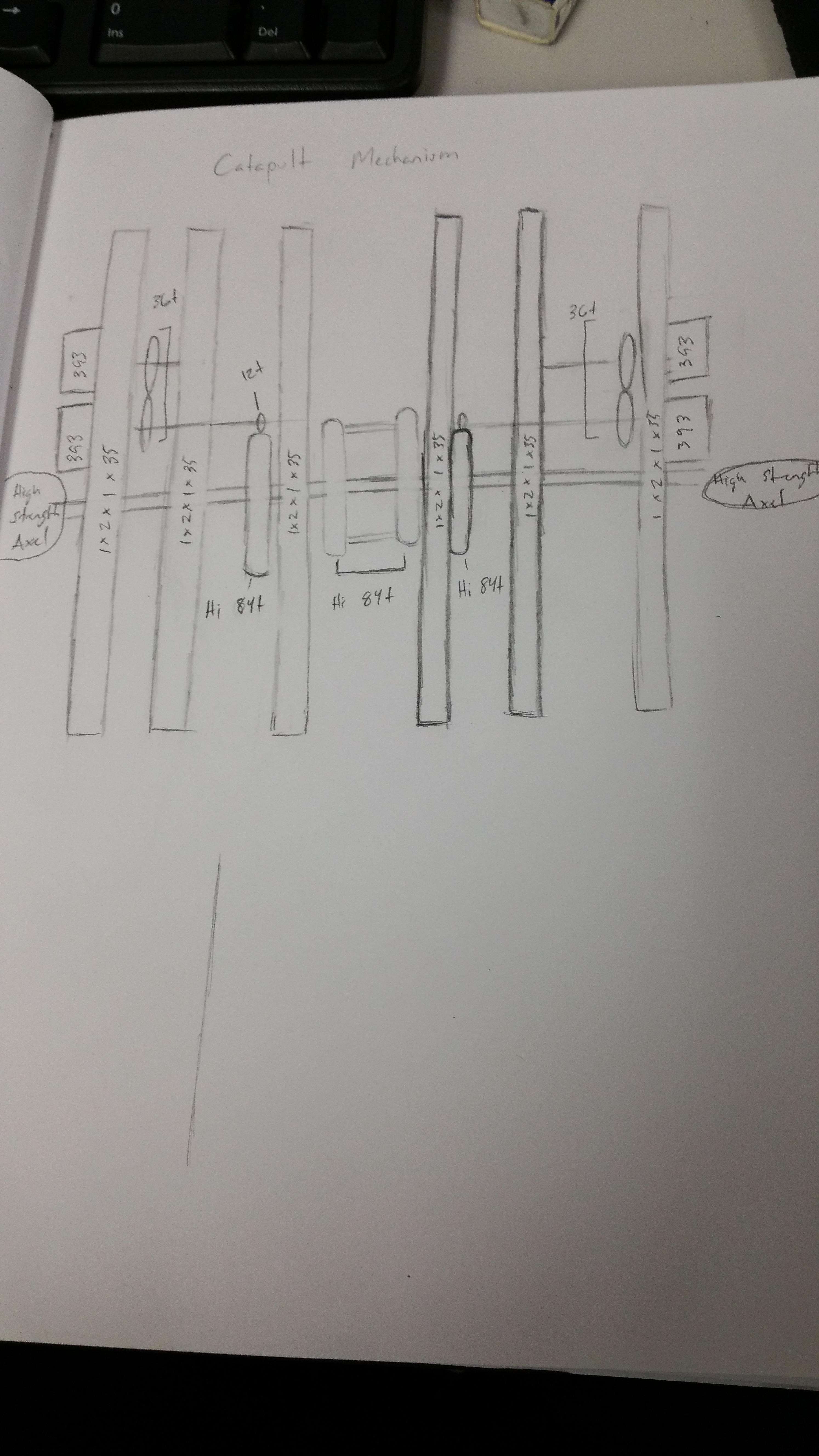 Sorry about the rotated picture. Any tips on this system? I essentially need a 7:1 ratio with 4 motors

My team is having a similar problem. We are making custom axle locks to help distribute the load.

Made out of polycarbonate? Steel?

High-strength lock bars can be used to reinforce the gears. These are available from robosource.net, amazon.com, ebay.com, or direct from VEX Team Virus. 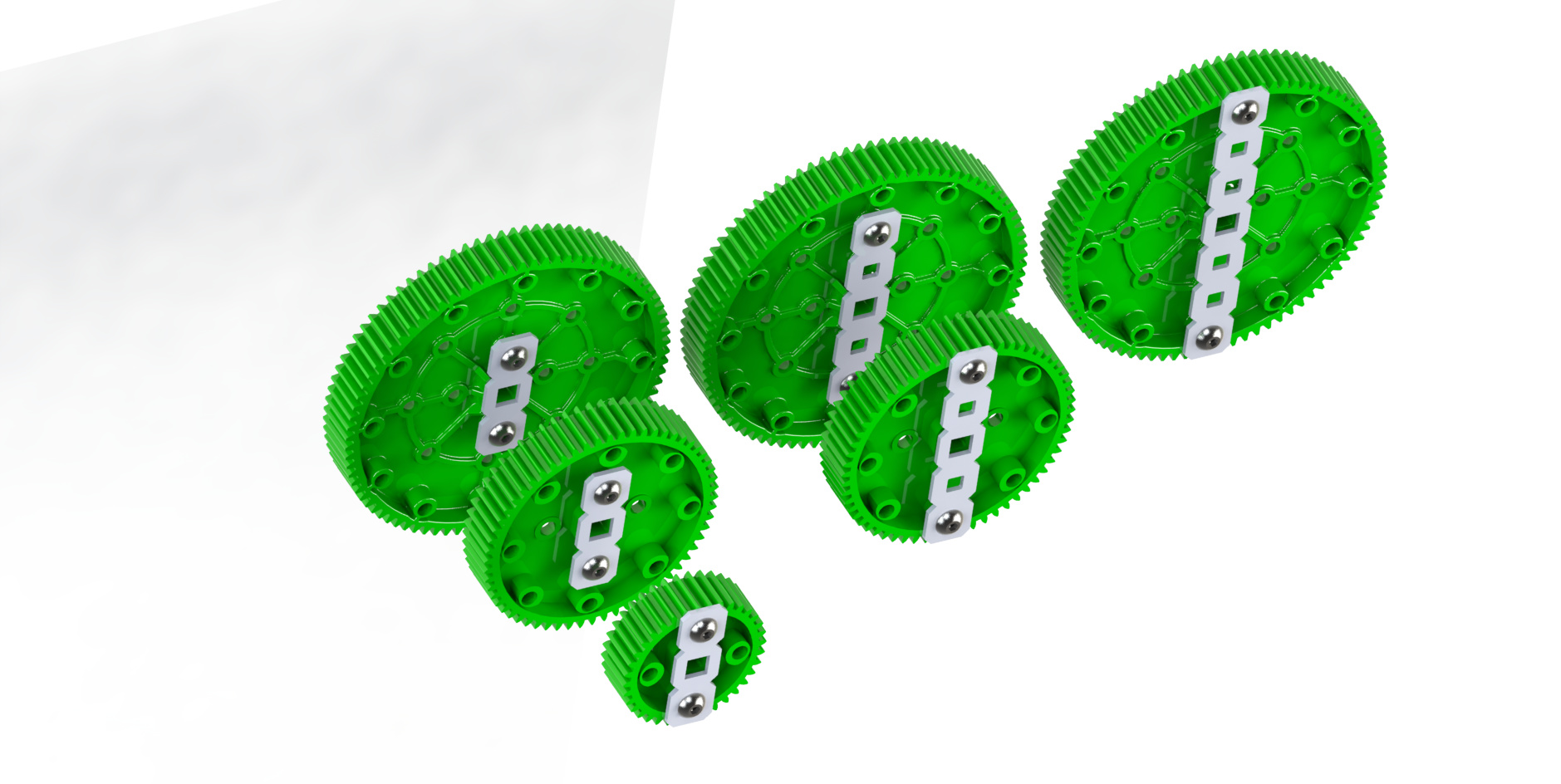 We had good luck with using reinforcements like the ones referenced above (we made our own version) and by spreading the load over two 84 strength gears on two separate gear trains.

Our middle school team had to gears break in a November tournament - when we took the robot apart, we discovered that there was a gap under the gears between the C-channel and gear. If you put nylon spacers under the gears between the gear and c-channel, that will eliminate a weakness. Our high school team had a similar design but did not have a broken gear - but they had used the nylon spacers properly. Our build coach (my husband) is a stickler for these types of details and they appear to make a big difference.

We used high strength gears for our lift mech and during one of our matches, the shaft got twisted, so we had to disassemble the mech after trying to cut it off with a dremel.

What my team did to fix this takes a little bit of space. We cut steel rails into four pieces with three holes in length. We took two and put in three screws and really tightened it against the axle. Then we took one very long screw and put it through the gear and in between the cut rails so the gear wouldn’t move without the rails moving.

Stress is force over cross sectional area. In the case of high strength gears, the area is 1/2 an inch. The most obvious way to reduce stress is to make the gear thicker. Bolting other gears to the 84 tooth should help. Those lock bars from earlier will also help tremendously.

@drrosales99 could we see a picture of the built mechanism?

Stress is force over cross sectional area. In the case of high strength gears, the area is 1/2 an inch.

The cross-sectional area of high-strength shafts is the square of the side, which is .25" The area is .0625 square inches. Compared to the regular shafts, which have an area of .125" squared, or ~ .016 square inches, the high strength shafts have an area 4 times larger, and are nearly 256 times stiffer. (Stiffness varies as the fourth power of the cross-sectional area of a cylinder, a rectangular solid is pretty close.)

The plague of broken gears is because teams are using more motors on their lifts, are transferring that power to a shaft that does not flex or break, and into holes in the gears that are larger than old gears. If the mechanism jams or is put under a large load something is going to give, and it is usually the gears. Reinforcing the gear center holds may fix the problem, but it is almost equally likely to simply move the failure point elsewhere.

… or as we say, reaping the benefits of brute force engineering. Maybe a little less of “moar power” and a little more of “math and physics”.

My team has the same exact issue. I wasn’t aware you could purchase high strength lock bars; thanks for the heads up. We were trying to attach more gears together and have distributed the weight among 4 gears but it was still having some issues.