My team is currently running a ratchet on our robot, and it is struggling under the high torque it is put under. It was tested at lower torques and held up just fine, but when we increased the gear ratio, it started skipping.

I forgot to take picture, but this is the cad of the ratchet. We have since added a second pawl, but the issue has stayed: 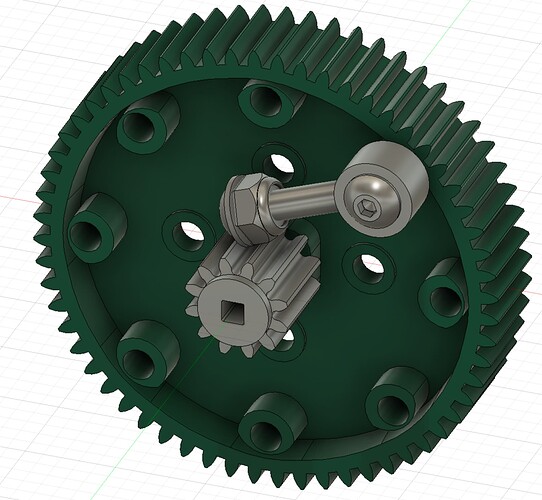 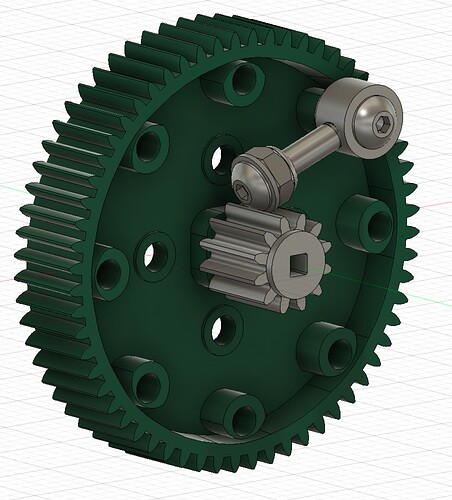 You could try using a sprocket as the ratchet gear, it may be stronger, if higher friction and more likely to slide back a little before it locks.
Increased tension on the pawl may help too.

Edit: I forget where, but I have seen a piece of bar being used as a pawl, that is lower friction and would probably be stronger.

I would use a Dremel grinding wheel or something similar to grind the nut and washer to match the curvature of the teeth. This will allow it to seat further down in the root between the teeth while still functioning properly

I believe you are talking about 2654p catapult and pto explanation video.

This is the ratchet I am using for my bot. It’s not super high torque on this bot but I think the 6 tooth sprocket can support some weight. Only thing is if it is so high torque that the axle spins in the plastic. A good work around for this is I believe there is a high strength 6t sprocket that you could put a metal insert in

Yeah I’ve actually had this problem early on my robot. I first made the ratchet for my flywheel using a 12T gear and it was fine. After a while it would start slipping when my robot was at higher rpm even though it shouldn’t. It made a terrible sound and made me think my flywheel was broken. What I’ve found is that the 12T gear would grind down just a little so the ‘pawl’ couldn’t catch the tooth, despite adding more tension.
Like @VexTeamZ said, switch to a sprocket. The only downside is that there is less teeth to catch, however this shouldn’t be a problem.

Like @VexTeamZ said, switch to a sprocket. The only downside is that there is less teeth to catch, however this shouldn’t be a problem.

Oh and this could be fixed by using a 6p sprocket or a larger size sprocket.