How do you power a 6 bar lift for Vex IQ

how do you power a 6 bar lift for vex iq? i cant figure out how to do it. Every single video tutorial is for vex edr.

It’s pretty much the same way, screw one of the bars(usually the bottom one) to a gear and power that gear. Depending on what you are lifting and how heavy your lift is, you will need to make a stronger gear ratio

you could also use 2x2 lock beam instead of connecting the gear directly to the bar.

I don’t really like this method. Over a couple months of use that square will wear out. If you directly attach to the beam to the gear it’s going to hold up for much longer.

They are both plastic though aren’t they? What would the difference be? One thing I would say is use as many gears or lockers as you can to spread the load and save them from rounding out.

They don’t usually wear down for me, but I guess I never use just one, always at least 2 or 3.

Over a couple months of use that square will wear out.

At stress points like this you can put the gear on one side and the square on the other. The 2x1 pin just became your new best friend. I think that is what @Noah10851B may be doing.

It’s pretty much the same way, screw one of the bars(usually the bottom one) to a gear and power that gear. Depending on what you are lifting and how heavy your lift is, you will need to make a stronger gear ratio

And remember, in VEX IQ like VRC you can double up the initial gear pairs to create “high strength gears” Just make sure that you pin them together so you have the mechanical advantage also.

Exactly. I built a kind of humanoid IQ robot to lift a 2kg barbell (made of VEXpro) above it’s head. All the joints are gear and locker pinned together.

They are both plastic though aren’t they? What would the difference be? One thing I would say is use as many gears or lockers as you can to spread the load and save them from rounding out.

One time I built a DR6B for fun using only one shaft, where the motor interacted with the 12t gears at the bottom. Beyond that, you can build so that power is never transmitted between a metal shaft and a plastic gear. The square simply can’t wear if you don’t use it.

As you are programming the bot throughout the year, if the square is about 50% degraded you will see a difference in performance. Then if you have to replace the gear with a brand new one, you will have to redo it. It’s not a huge deal, but you can build so it’s not an issue.

When my kids built their bankshot dumper, they used about 10 2x2 lock plates on each side. Definitely over kill, but they were building it right before WORLDS and didn’t have time to test it out.

You could use 2-3 extra 2x2 lockplates on each side, but that will also add some width to the robot. That may be fine depending on the design.

Now, I would probably not even be having this conversation with my students, I’m just happy generally if it works at all. But, it’s something to think about as we are so early in the season and you are definitely ahead of the curve.

Ok, I am with you now

. Yes, you should definitely always do this in these kind of mechanisms. If you need to use a shaft to transmit power, the lockers are really useful.

You can have 2-4 motors to power it

Here are some pics from my robot back in Ringmaster this is an RD4B but the method of powering will be similar.

I had no issues with this design throughout the season and with proper banding and PID on the Lift, we were able to hold 27 Rings on this bot. US Open Finalists and 2018 Tech Division 3rd Place and Design Award!! 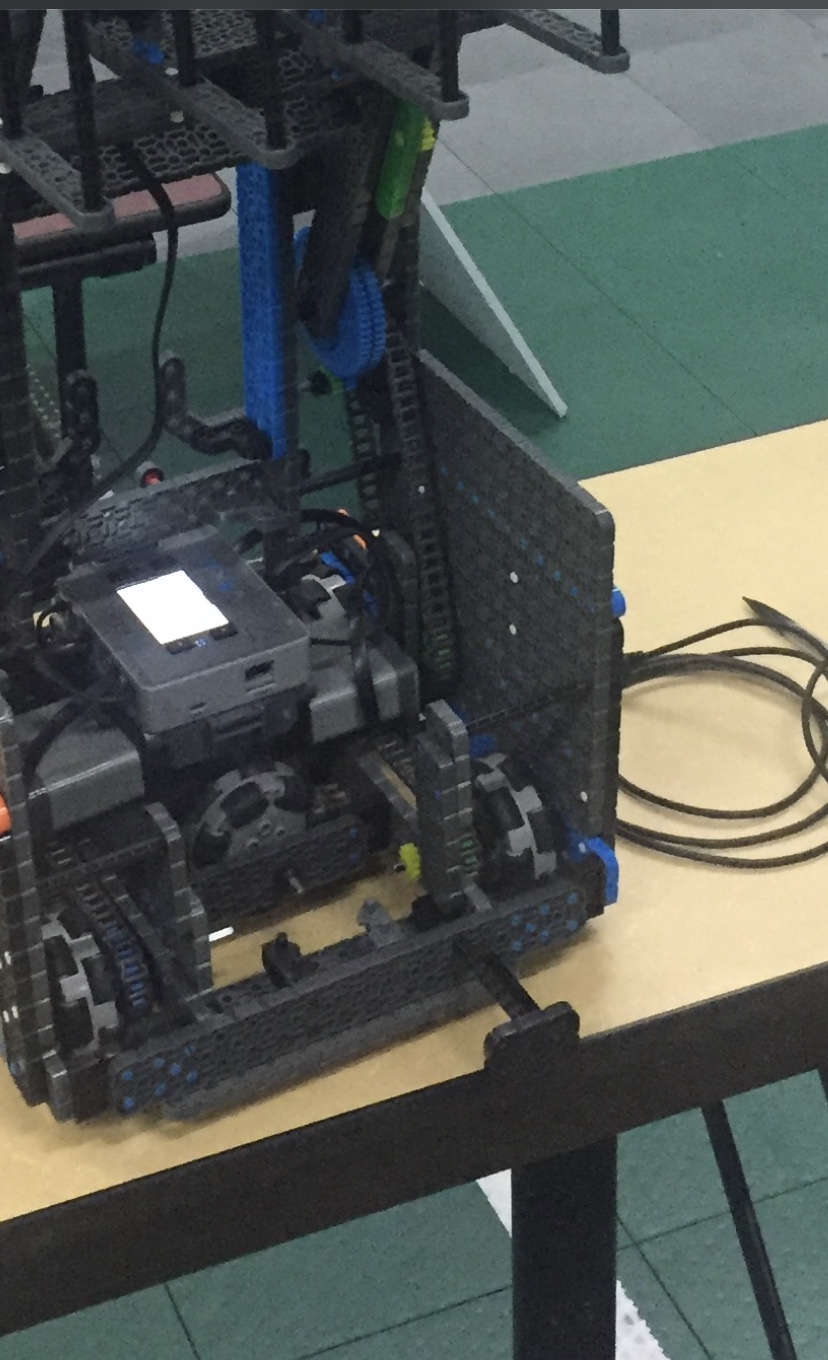 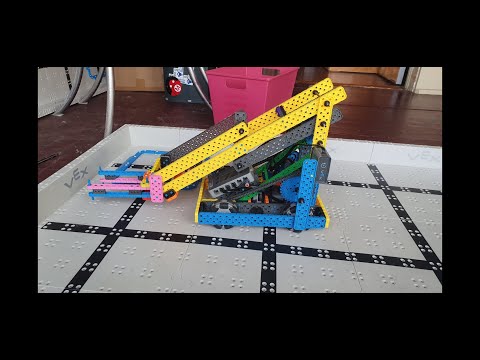 oops
sorry. I madeit a premiere.

Very nice video. Good explanation of how the six bar works. The only upgrade I would suggest is to use your colors as your guide. "As you can see, this yellow beam and the gray beam is a 4 bar. See how this yellow beam from the top of one 4 bar becomes the bottom of this 4 bar. See in the back how I used the green bars to create a triangle to give added support.

Please make a second video on how you boxed the wheels so they are supported on both ends of the axles. This means they won’t flop around and they are not stressing the wheel axles.

Make sure you point out how this gives you the ability to have the uprights (the backbone?) facing each other.

The base of the backbone is attached with pins that need to shear off (almost impossible with 4 pins) vs the standard “Hero Bot” where the load on the back is the same way you would remove pins, This is why the backs of the Hero Bots come off.

Lots of teams don’t figure out using pins in shear is much stronger than the other way. In VRC with screws the back would not pull off, but in VIQ, the friction is not enough for the load.

Nice job, good camera action, loved how you got the locking 2x2 to show what you were talking about. @Grant_Cox, start scouting Milo now for your intern group.

Some Advice: if your motor is struggling to lift try to use rubberbands on the back to give it more lift power.

Rubber bands are good for adding strength, but last year, they
found that it made the arm too bouncy and the cubes fell off. Do you have any fixes for that?