How long does everyone want reveals?

Hey, our robot isn’t anywhere near finished yet (we’re working on the drivetrain and intake right now), and for us to do everything we want to do we’ll need a couple of months, but once that comes I want to make a really good, polished, informative yet fun video. I don’t think I can do that within a minute like most reveals. I would ask that everyone answer this poll, so I can know what kind of reveal people want.

Now this isn’t a promise, as I don’t know video editing so I’d have to consult my team member on what he’ll be willing to do, however whatever people choose I can promise I’ll try my hardest to make it happen. I hope it’s a really good reveal.

No reveal, only grind

Exactly. Better to leave the fun stuff for when you actually start winning.

It sounds like you’re talking more about a robot explanation than a reveal. Reveals in terms of editing and camera work have really improved in quality over the years, so I feel that at this point there’s a pretty good distinction between the two. Sounds like you’re going for something more like Freedom Gladiator’s explanation or Pibotics’ explanation rather than something like USSR’s reveal or 9181W’s reveal. (I just randomly chose these vids)

Wanna add on to what @AliA has mentioned - there is a difference between purely robot reveals and documentary.

Reveals are just simply that - showcase the robots. Generally no indepth explanations and teams normally don’t even want to have any shots/scenes that linger for too long. And hence the reason why teams are able to pack it into 1 or 2 min vid.

As for documentary, that’s when a lot of indepth explanations, vid-documentation of the build process, etc will happen. So documentaries generally can be very long videos.

So end of the day, a lot depends on what’s the purpose of you doing the video?

I’ll add one more thing, you should just do the option that you want to do the most. I don’t think that the length of the video is going to determine whether or not someone from our little (or maybe not so little) robotics community will watch, as opposed to the general population of YouTube users. Do what you like and the people that were going to watch it will likely still watch it regardless of length.

Yeah, we’re probably going to wait until after the first tournament to post it if we do do it, so we can get some footage of it in action in a competition.

Based on what you guys are saying, it seems we’ll be making a documentary. Thank you for all the input, and I’m glad that people do seem to want to see it in the polls.

our little (or maybe not so little) robotics community will watch, as opposed to the general population of YouTube users.

Not exactly insignificant, but you are right - it is still a drop in the youtube ocean.

Not exactly insignificant, but you are right - it is still a drop in the youtube ocean.

There’s also a video from 60470S that has almost half a million views. The YouTube algorithm is weird sometimes. 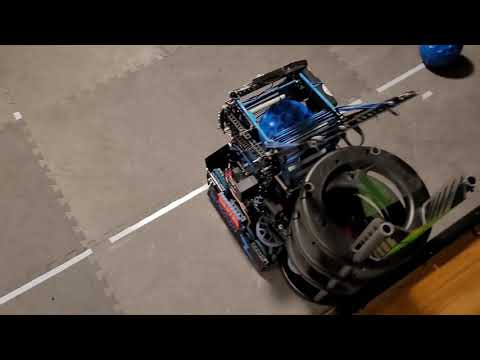 There’s also a video from 60470S that has almost half a million views.

this is definitely no longer insignificant.

Think beyond just relying on youtube or the forum, how much publicity is done via discords and instag might make a big difference as well.