How to make the "Pooper" work

So, I had a fully functional snailbot yesterday. It had a 1200 RPM elevator and a 600 RPM flywheel. It had a sweet X-drive, flip out arms, and a hood that used Zip-Ties as a pivot (I have no parts). But I wanted more. I wanted to build a pooper. So I came up with a design very similar to 97963A. https://www.youtube.com/watch?v=QXey9Wc1pzI

I am absolutely confused on how the pooper is able to overcome the rubberbands. Should I be increasing torque? Or is there something about that design I am completely overlooking?

Could you explain your question a bit better? What do you mean by “overcoming the rubber bands”? Also, pictures would help a lot.

Maybe if you post a picture of the pooper so we can troubleshoot it but also make sure the rollers have compression on the ball at all times.
Edit: I was to late and josh was first to ask for pictures. I just don’t know what to do know it’s like I copied what he said and reposted. But in reality I’m just a slow typer.

the way I do my pooper is that I have the largest rollers I can so that there is a large range of compression for the ball, so it can squeeze through the back if I poop, but it never accidentally poops. as far a it stalling, I run my top pooper roller at 200 rpm and the bottom roller at 600 rpm. so they can be pretty fast without stalling if you have the proper geometry and build quality.

So ofc this isn’t my robot, but its those rubberbands in the back. Also I think I understand what Xenon means, ofc he has a great pooper. So Xenon, is the rubber band in the back of your robot just for hoarding? 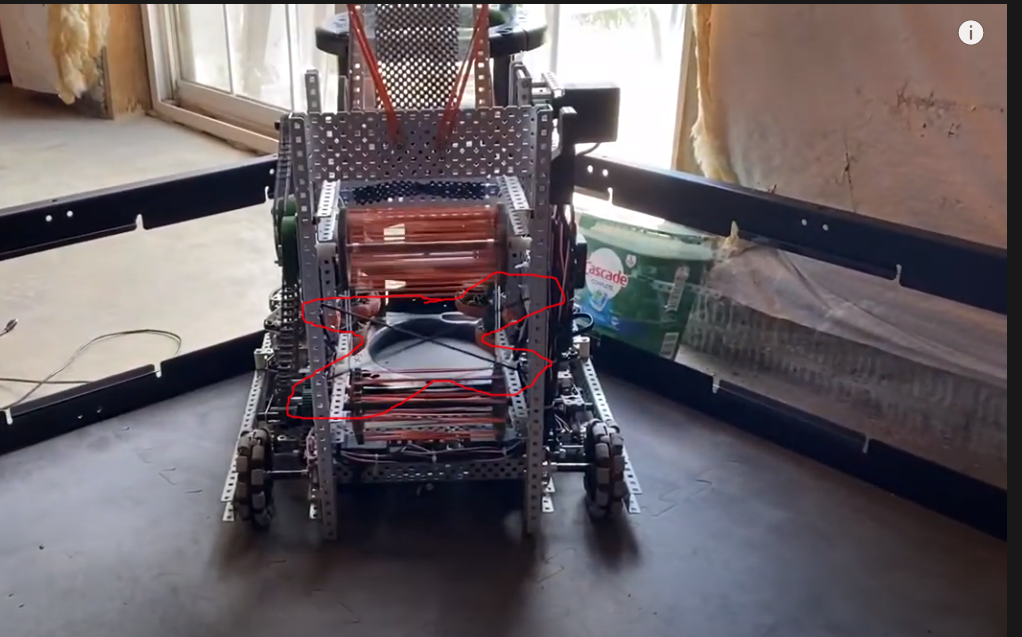 well that’s not my robot either lol.

I have a one ball hoarder using a rubber band yes, but that’s 97963a’s bot. I think the purpose of those elastics are to stop the balls from accidentally pooping, but I’m not sure, I never had that issue.

I think they are using the rubber bands to increase compression. They don’t have a hoarder yet.

Tbh, if you’re having problems with accidentally pooping, you might want to consider removing the bottom roller altogether. Running only the top roller somehwere between 300-600 rpm will give you a similar/the same pooping speed as 2 rollers.

the reason I have a bottom roller instead of just a ramp was to give more of a range of compression. with only one roller, there would only be like 1.5" of compression before the ball hits the axle, but with 2 I can get like 3" of compression. this lets me need less torque when pooping, but still stops anything from accidentally slipping out. one roller could definitely work though, I just tried 2 from the start and it worked great so I didn’t feel any need to test one roller.

If I’m correct, 97963A has a little bit of tubing on the back to provide a slight amount of tension when the ball is stationary between the rollers.

Must… resist… urge to make jokes.

So, I have on order some bigger sprockets in all shapes and sizes, and in the meantime I was working on the ratchet. It’s attatched to the flywheel, so when it spins backwards, The top pooper roller reverses. Then the flywheel always moves forward like in the “POSSIBLE OP MOTOR SHARING” video. Do I even need to use ratchets?

Do I even need to use ratchets?

Ratchets are the easiest form of motor sharing. Other than that there’s really no other simple way I an aware of. (I know antichamber mech is a type of motor sharing but it cant spin infinite degrees other than for one output)

I mean you could just not worry about the direction/action of the other mechanism when it is not in use. If you are not spinning the flywheel forwards while you are pooping, there is not that big of a problem assuming there are no balls that haven’t been ejected above the ball(s) being pooped. Another example could be the indexer used by 740P in TP. They had the cap flipper connected to the indexer, but not separately as they most likely never used the two systems at the same time.

Edit: Yes, I meant 240P; I even had their video up to make sure I was giving the right team credit 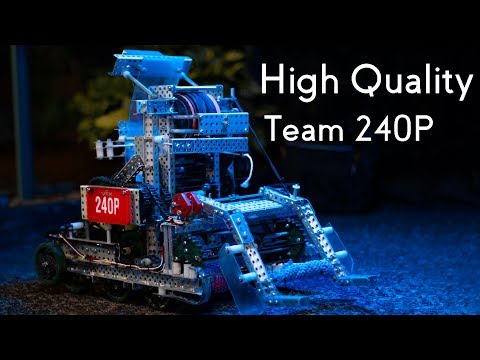 the pooper actually doesn’t need any ratchets at all, because the top pooper roller doesn’t have to move independently of the launcher at all.

All I can think of reading this thread:

(Sorry, back to your real discussion)