How to play defense

so dont play continuas d-fence but if u see the other team doing something ram them?

Yeah. I mean, you can try and just hit them constantly, but like I said you’ll eventually get dq’ed in your driving career if you stick to that strategy. I would just hang around, collecting the cubes by them, and ram them if they get close to anything worthwhile.

Do you have someone on your team to direct you while driving? That can help a lot. 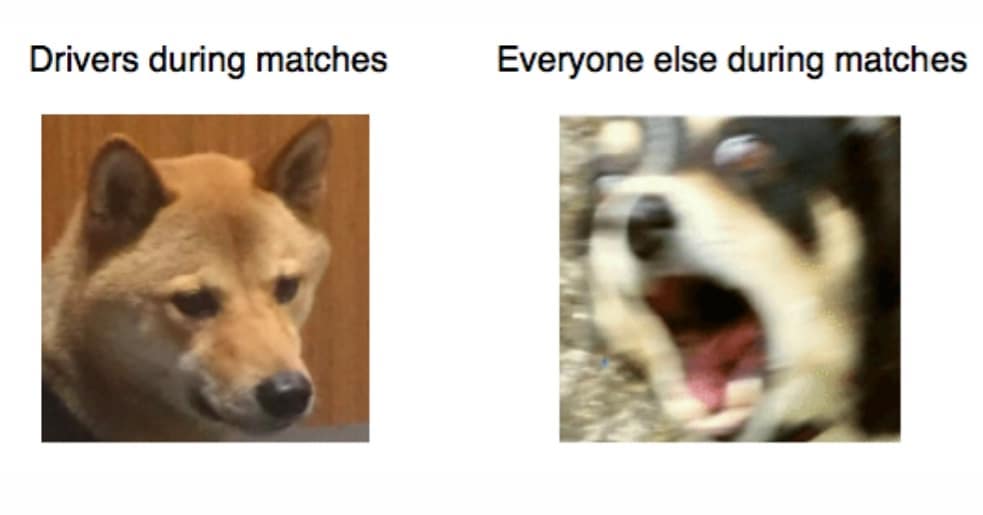 You should look in the game manual for specific rules too. For example, you can’t play defense on a robot that’s fully in its protected zone. Also you should be aware of the 5 second pinning rule, after which you need to back up until you’re allowed to pin again (this might result in a dq according to the ref)

To be good at driving VEX robot you have to PRACTICE, PRACTICE, come back tomorrow and put some more PRACTICE time.

Don’t play too aggressive, because if you got a rep of being that one team that rams everyone, no one will come to help you when you’ll need it most.

The main frustration in the past came from the trapping/pinning rules not being enforced strictly, thus giving teams playing defense usually more than 5 seconds to pin and less than 5 seconds in between 2 pins. I personally think defense is a viable strategy and offensive robot can be defensive too, especially towards the end of the season where all the cubes on the field may be gone in the first minute, if your robot is empty and opponent’s is full of cubes, you know…

not this year but this was our sister teams defense against 574c at worlds. It was definitely and up hill battle but they ended up winning because of it. The point of defense is to prevent the other team from being able to play the game well and thus making you win.