How to run the robotc intergrated pid control

In our autonomous we are trying to run the included pid loop by enabling it in autonomous and disabling it in driver control. Only thing now is that the commands to run the motor a certain distance aren’t working. The commands i’m using are the ones provided by the help menu on mot commands < natural language < enablepidmotor & movemotortarget. Both of the motors i’m telling to run are using ime’s and blinking green twice. 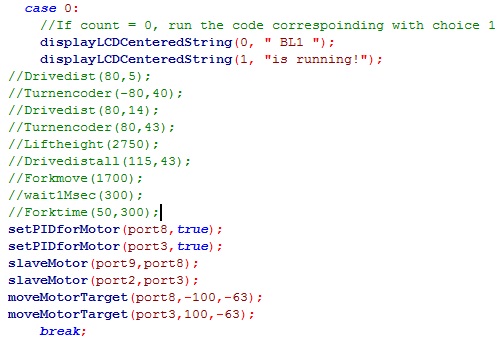 The commented out parts is the original autonomous