How To Transport Robots On A Plane?

Hi,
I was wondering, for people who have had to take their robot on a plane to go to nationals or worlds, how you have transported it. Last year we put ours in a big card board box but it was really hard to carry around so I am trying to think of better ways to transport a robot to nationals next year.

Hello, we used a flight case for worlds, this is like the only photo I have: 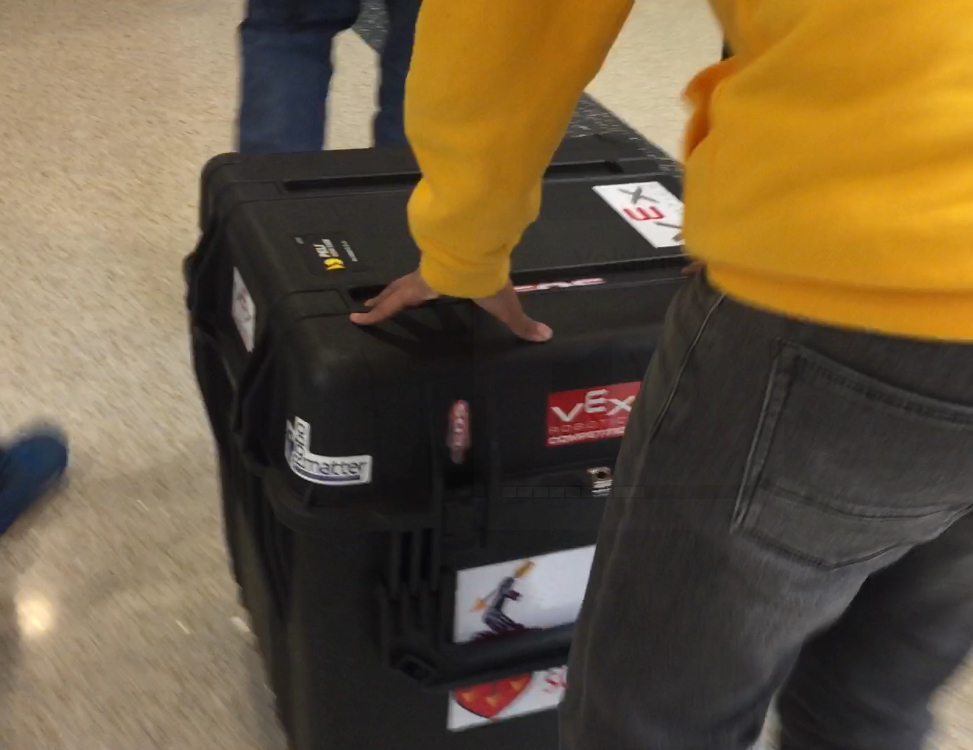 It was made of strong plastic, and costed around £500 (roughly $660). It had handles so we could pull the case around, and you could attach wheels to it. We kinda lost one of the wheels, which is why we didn’t use the handles to drag it around. There was plenty of room inside, so we could fill it with foam pieces to protect the robot on the flight (it went into the cargo hold on the plane). This is definitely a good option (but fairly expensive) for transport; however the unpacking process is messy, as loads of small foam pieces are left around and putting them back in the case in the correct orientation is a nightmare. 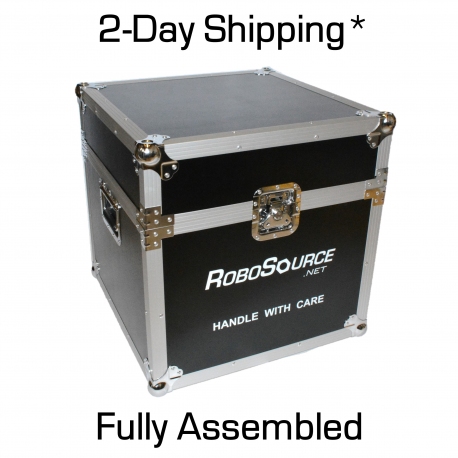 these hard cases are good with removable wheels they meet airline requirements for checking in as not oversized.

do not put batteries in the case! they must be carry on.

There are some nice soft cases for cheaper prices too. If you don’t mind a bit less protection.

My teams use these too! They work great.

We when traveling use instrument boxes. They are litterally the same thing

We broke ours up into smaller pieces, and put it into regular carry on luggage.

When they said “your robot needs to fit within an 18"x18"x18” cube", this is what they were preparing you for.

We broke ours up into smaller pieces, and put it into regular carry on luggage.

Ultimate Design Awardee flex: travel with nothing but Engineering Notebook and a programming laptop, buy parts at the destination and rebuild the robot on the spot! Win an award and a lot of respect!

I’m a mentor for teams 8888 and 8888c and wanted to share our 2011 Worlds experience with everyone. Sorry for the long post but I hope its inspiring and shows what can be achieved under pressure. Teams 8888 and 8888c traveled from Pasadena, California to Orlando on Tuesday night with a connection through Philadelphia. Our plan was to arrive with enough time for pre registration, find our pits and then relax and be well rested before the competition started on Thursday. We arrived in Orlando …

Ah yes, the trip that changed my life.

The help and support that VEX (Karthik, Paul, JVN and Paul (uk)) gave us was incredible.

What that post didn’t say was that VEX never charged us for the parts (I think that’s safe to say nearly 10 years later), I decided to pay that forward and became an even more obsessed mentor. 5 years later I switched careers and joined Robomatter and VEX. What a trip !

One thing I heard is take out axles because they will get all bent up from the plane.

I’ve never had to ship a robot, but I think you would want to remove pretty much any semi-fragile moving part, like shafts, wheels, and especially things that could bend. basically anything that cannot support the weight of the whole robot should be removed and re-attached later. (for example, intakes or hoods this year probably would get damaged if the robot crate was rotated at an unfortunate angle.

We take axles out od the drive, but sometimes when a robot is smaller and there is a lot of extra room in the crate the kids will attach a cage made out of 1x2x35 c-channels around the robot so that it takes up all of the space in the crate and can’t slide around or get damaged if the crate is flipped upside down. I know they for sure did this for our Turning Point robot when we flew to Worlds. That robot was so small and light, it would’ve been mangled for sure by the time it arrived. Our crates are all labeled “fragile this side up”, but it doesn’t really seem to help much.

I decided to pay that forward

And i can be the witness to this.