I am building a flywheel and I need help

Just for reference when I spin my flywheel by hand, it takes a rotation to spin down from just a quick spin.

YAY If I put my flywheel up at an angle where my brain kinda keeps the motor up, if it goes to the middle half-square of one of the sides where there is no plastic sheet, I can get it in the High Goal at max speed

Here is a picture of a quick mock-up of what I meant. Does this help? If this can’t be possible, I might suggest better methods for shooting the ball in vex iq: 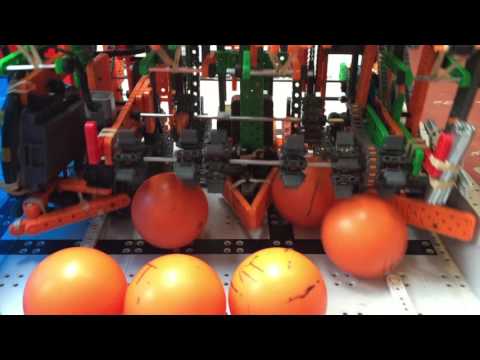 I made a single flywheel for pitching in as a demo to some students I’m mentoring and it was a nightmare. Besides the main flaw of being relatively inaccurate compared to a double flywheel, IQ doesn’t have legal lexan or anti-slip mat so the only way to make a hood flywheel legal is to use hexbug plastic sheets that @CautionTape has used.

proud to present Klay junior [IMG_7986] [IMG_7987] specs: 1:15 speed flywheel (although i think 1:12 would work too), 1:1 indexer, 2:3 2m drive. The front roller has not been connected to the indexer yet This does feature a lot of illegal parts like vrc intake rollers and non slip mats but they can be swapped out later for viqc legal things like hexbug plastic sheets to mimic lexan The flywheel hood is rubber banded in the hope that it can go under the low bar but it cant and thats a reall…

I in no way meant to convey that a flywheel was the best way to get balls in the high goal. I have done a lot of different designs and a flywheel actually came out in the middle, not near the top. I agree with what @Hao_16688C said:

If this can’t be possible, I might suggest better methods for shooting the ball in vex iq:

While it is true that a different mechanism is better than a flywheel, a puncher like those used in Bank Shot aren’t nearly powerful enough to get it in the high goal. One reason for this is that the balls are compressible, which means that they would absorb a good amount of the punch from a puncher. And Bank Shot punchers also aren’t powerful enough to get it all the way up in the high goal. Also, in Bank Shot the goal was virtually 2D because of the backboard. This is a 3D goal, much like the one in FRC 2017 but a little bigger. In FRC 2017, many teams solution to an inaccurate flywheel was to just shoot a huge amount of balls. This won’t work in VEX IQ because you need to make every shot. This is because it is so easy to score all the balls, and one missed shot is the equivalent of missing a high hang (and getting a low hang).

Also like @Hao_16688C said, it is a nightmare to build one of those in VEX IQ, and even if you did get it work, you’d probably want it to be able to go under the bar, meaning you’d have to be very creative with height. Additionally, VEX IQ motors aren’t very powerful, and hooded flywheels need a lot of power.

While it is true that a different mechanism is better than a flywheel, a puncher like those used in Bank Shot aren’t nearly powerful enough to get it in the high goal. 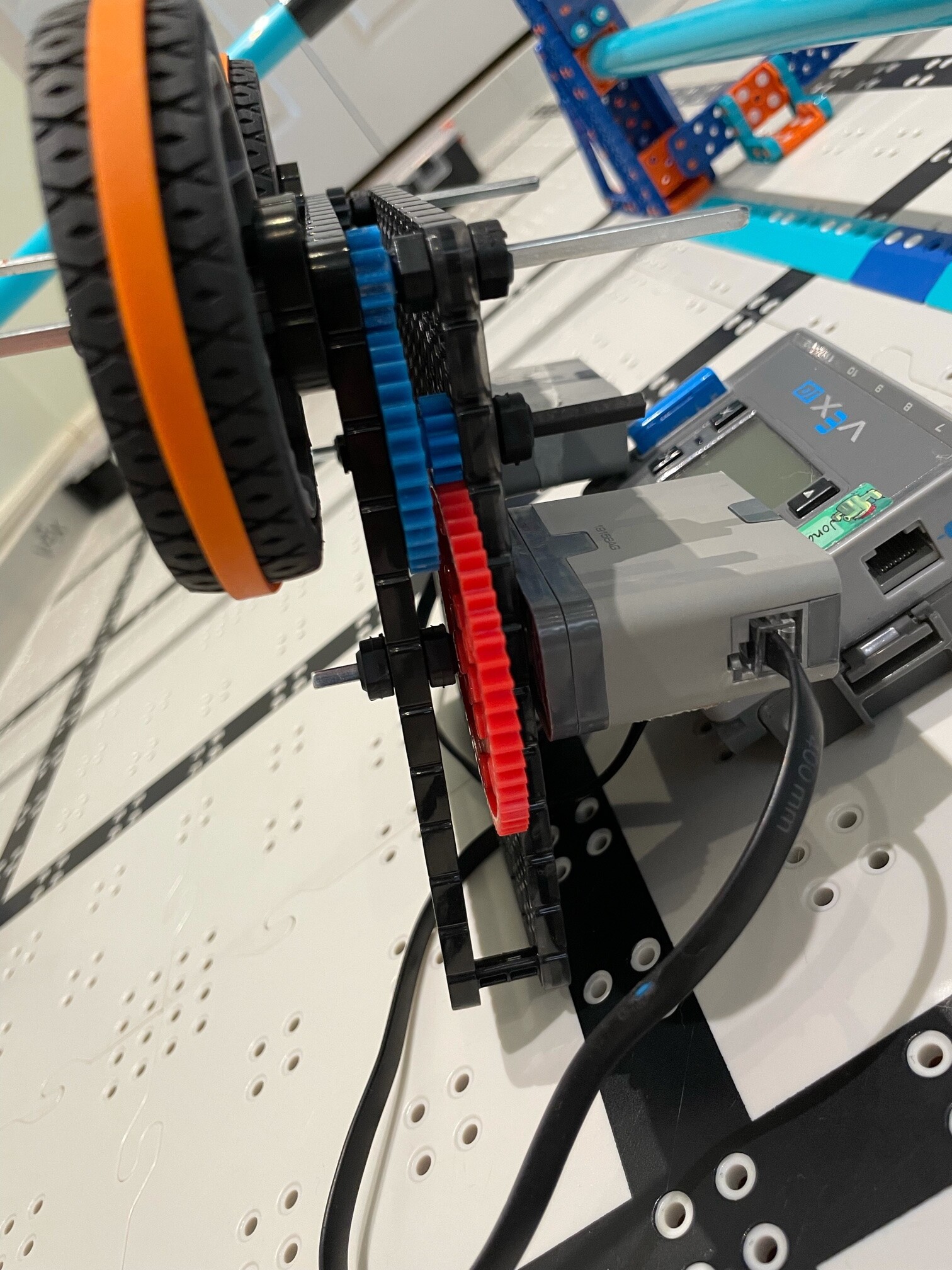 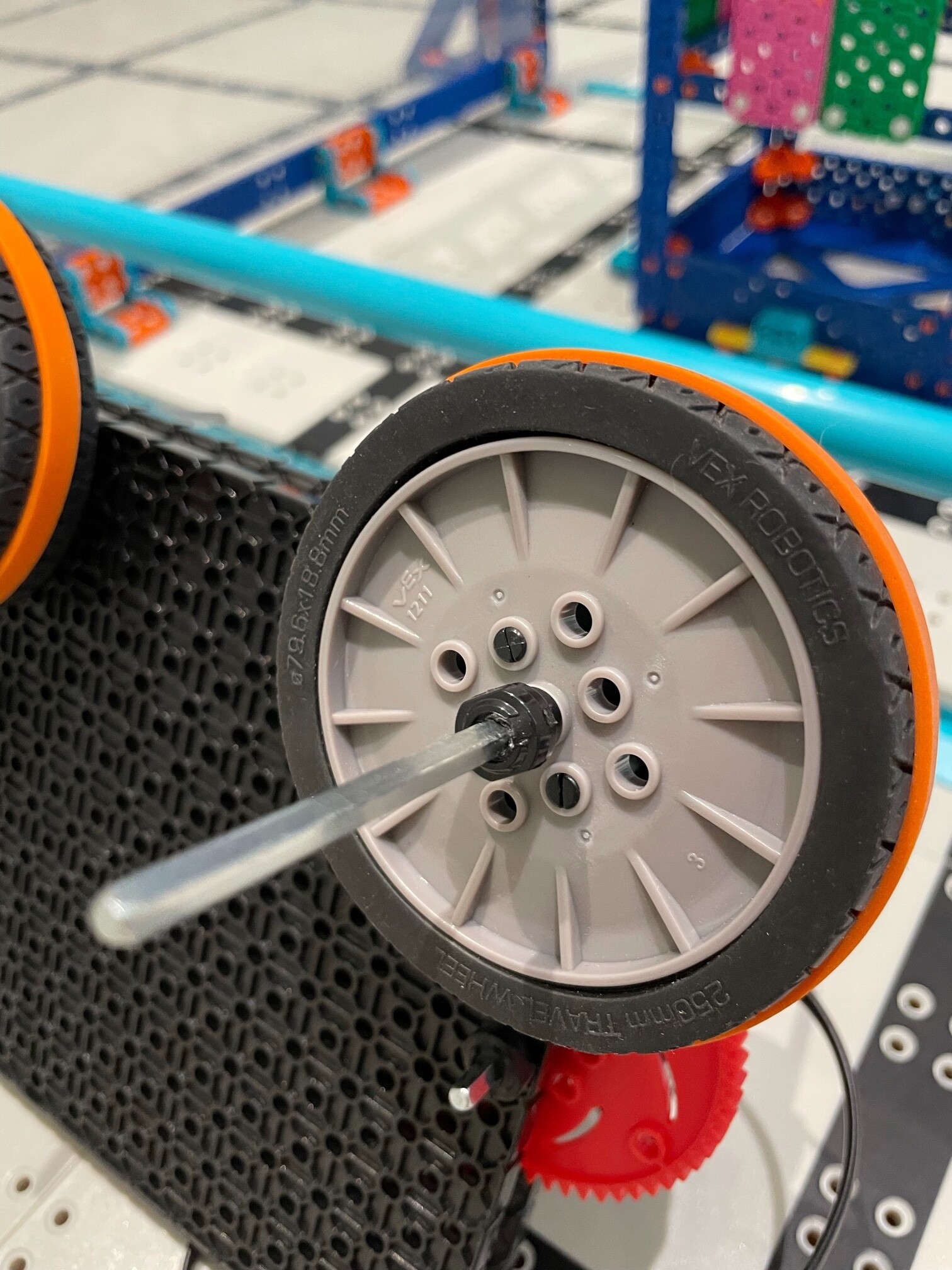 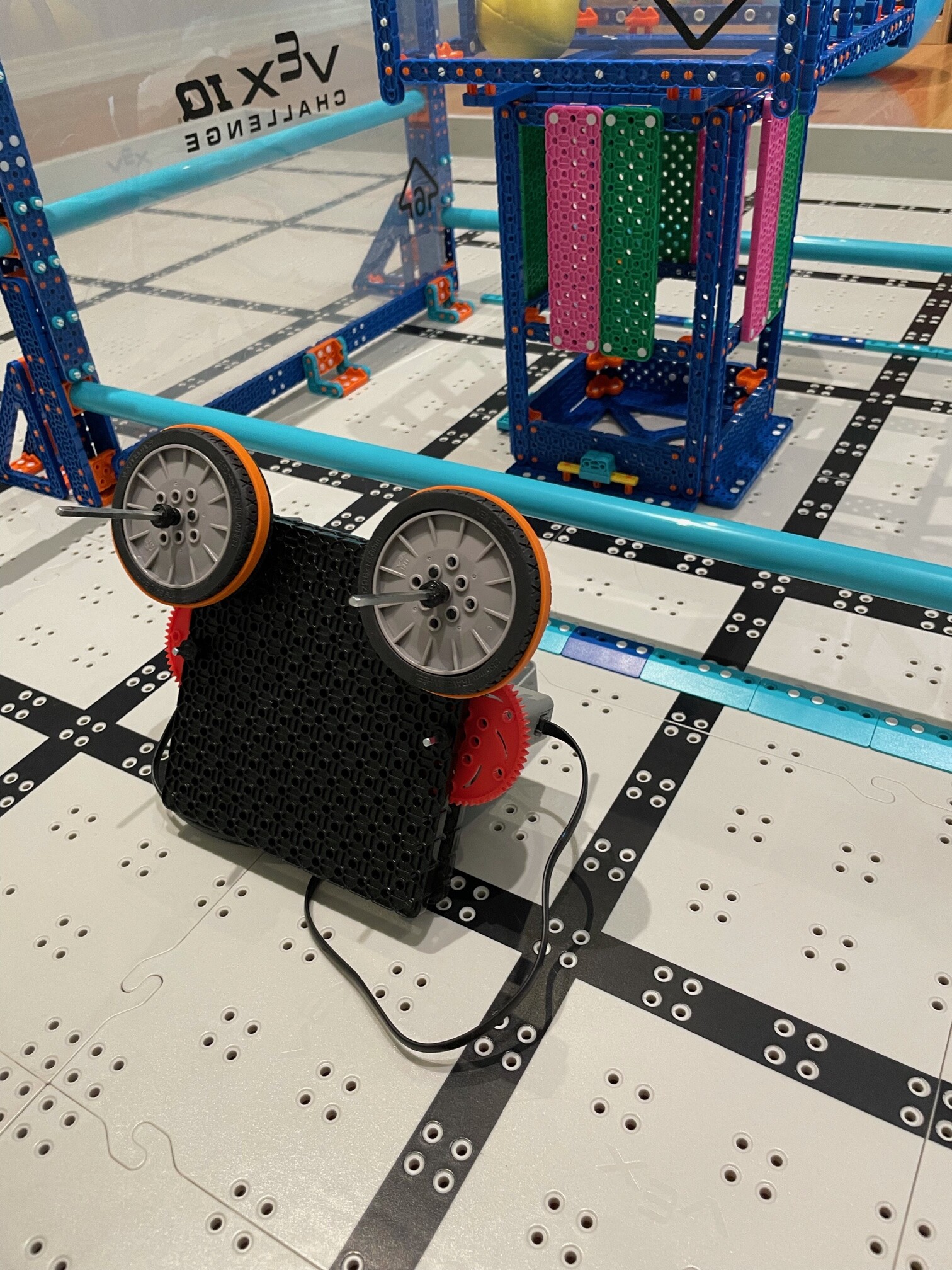 Video of 2 balls in High Goal too

That looks awesome. The main part is that it can get it into the high goal, so nice job on that.

One thing you can do to decrease friction even more is to put skinny spacers anywhere where a shaft collar or a gear that is spinning touches a piece that is not spinning. These prevent the rubber of the shaft collar and the plastic of the gears from creating a lot of unnecessary friction.

Yes, they are called washers. That is why I put the picture in my last post in case there was any confusion as to what I meant because different people call them by different names (I call them washers, spacers, donuts, little circles, and many other things when I am building).

@FRC973 I put some spacing between the wheel and the 12x12 so the middle of the wheel hits the middle of the ball, and now it is extremely powerful. But now, if it is up at the low goal bar, no plastic sheet, it almost always fails, unless I feed it in pretty slowly. Any advice?

Can you be more specific on what you mean by

I’m not totally sure what the situation is, so if you could send a video or something that would help a lot! Thanks.

hm, well it hits the plastic sheet, and bounces off. Since I am hand-feeding it, if I hand-feed it normally, it bounces off, and if I feed it in kinda slowly, it goes in. But feeding it in slowly is too slow. Is that specific enough?

Also, I attached a motorized feeder to the flywheel and it shoots less far now. Does your flywheel feeder stop touching/no longer manipulating just when the ball touches the flywheel and goes flying? Because that is now what I believe that your robot has.

P.S. Congrats on 104! It seems to me(a little bit) that you improved the speed.

it hits the plastic sheet, and bounces off.

Does your flywheel feeder stop touching/no longer manipulating just when the ball touches the flywheel and goes flying?

P.S. Congrats on 104! It seems to me(a little bit) that you improved the speed.

Thanks! Yes, I did make the robot faster for the 104 point video.

Yeah too low, hits the middle of plastic sheet on the high goal

If it has enough power to get it high enough (which it should have with a good gear ratio), try angling the shot up more. This will also make your shot more consistent because it gives more room for error and variability. If it doesn’t have the power to get it in the high goal, after making sure that the motors are cool and you have a fresh battery, try a different gear ratio. Let me know how it goes (or if I misunderstood your problem). Nice robot! Also what did you use for the hood of the flywheel shooter?