I can't make my wheels on my XDrive turn

Here is the code: 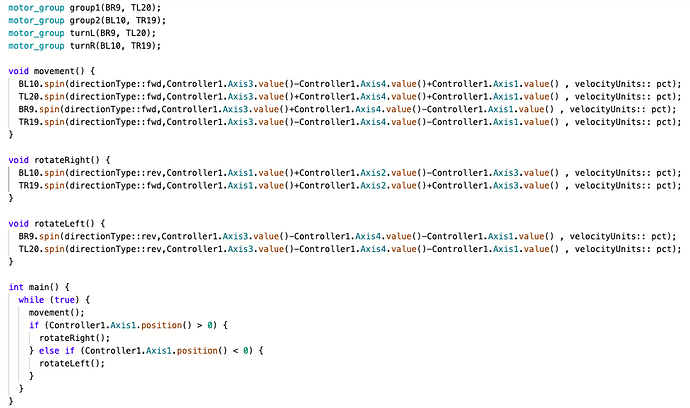 you are trying to make the motor move with two different speeds at the same time, because each time the loop runs, it runs movement() then immediately runs either rotateRight() or rotateLeft() depending on where axis 1 is. you should be able to turn with just movement(), try deleting or commenting out the if else if statement and see if the code does what you want it to do,

somthing else to watch out for, if you run any of the turns without running the movement one, because you only assign a new speed to two of the four motors, the other motors keep the speed they had last with movement(), which i would assume is an undesired result

edit: you also might want to check your math for movement(), it looks like atleast the last axis math is wrong if that is meant to turn it. here is a really good resource on the math and programming of an xdrive its not in VexCode V5, so dont just copy his code, i would focus more on the math and explanation in the video 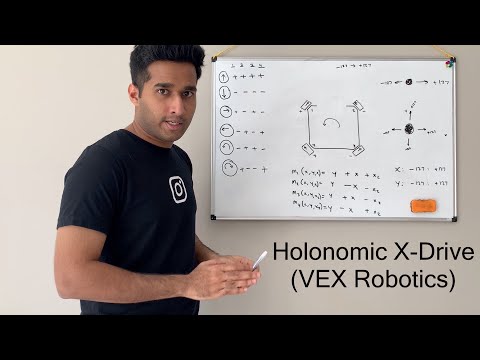 Could you tell me where I went wrong with my math?

I fixed the code and it turns and moves around

It should be able to strafe, I would double check the math if I were you