I have a question

Does it count if the yellow cone is hanging form the stationary sideways?
Something like the picture. 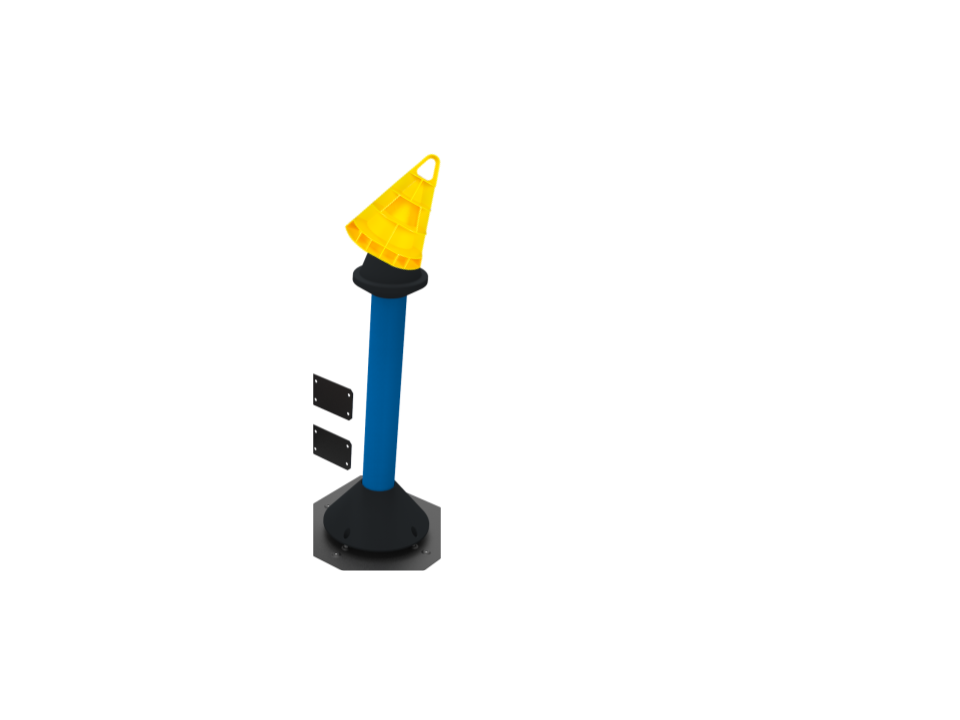 NO! To count it must be FULLY nested. Please read the Game Manual.

The definition of stacked:

Stacked – A Cone is Stacked on a Goal if it is not touching a Robot of the same color Alliance as the
Goal and either:
a) Fully nested on a Goal (see Figures 5 & 6).
b) Fully nested on a Stacked Cone (see Figures 7 & 8).
Note 1: Cones still count as being Stacked even if the Mobile Goal that they are Stacked on is
not Scored.
Note 2: By these definitions, if a Robot is touching a Cone on a Mobile Goal, that Cone and
any above it will not count as being Stacked.
Note 3: Cones are not considered Stacked unless the Goal upon which they are fully nested
is upright. Stacked Cones on tilted Goals are fine (e.g. a Mobile Goal resting partially on top
of a Zone pipe or Cone), however Cones that are fully nested upon a Goal that has been
knocked over will not count as Stacked. (see Figures 9, 10, & 11)

As stated by the definition, the cone must be fully nested. The cone in your picture is not and therefor would not be considered stacked.

Thats what I thought thanks!