If there are too many rings on a branch do none of them count?

I’m the rules it states that rings are considered scored if they are not touching another ring which is not scored (see scoring section). In one of the example pictures, the manual showed an alliance mobile goal with too many rings on the branch, which led to the rings not encircling the branch to be not scored. Would then none of the rings that are encircling the branch be scored? Or should they be scored as if in the base because the bottom ring on the branch is touching the base, so transitively the rings above the end of the branch are in the base? 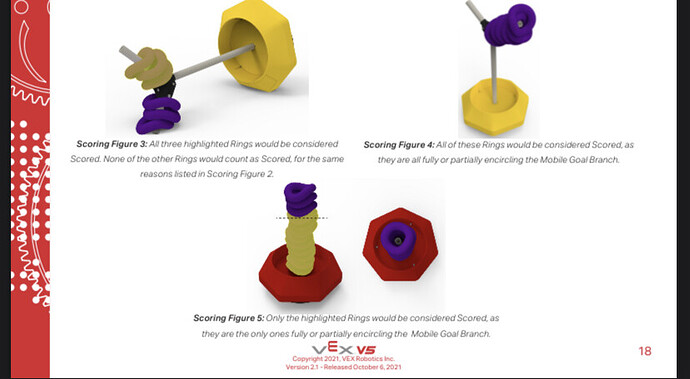 None of the rings would count for points.

A new question was asked right after, Q&A 878 Follow Up - Rings Scored on Goal Above Branch : Robot Events

Honestly, stacking rings past the post should get you triple points