Is it illegal to pull the battery out of an opposing team's machine (either intentionally or unintentionally) during a game?

Is it illegal to pull the battery out of an opposing team’s machine (either intentionally or unintentionally) during a game?
This is a question that has been bothering me for a long time

Because it is not specifically stated in the rule book

Because it is not specifically stated in the rule book

Besides common sense, G12 would apply.

Now, the unintentional knocking of your opponent battery might be ok…but the key is that you are not deliberately doing it.

this would fall under entanglement. If you pull out their battery accidentally then you shouldn’t get a penalty but let’s say you get entangled on the battery and are notified to try to get it unentangled, and then you intentionally pull it out after you accidentally got entangled. That most likely would get you a violation.

i dont remember seeing anyone get dqed for this ngl but im sure there have been instances of it, and if ur thinking about doing it dont:)

ohhhhh that’s terrible
I found a picture that is related to the battery problem I mentioned before. You can see the picture of a robot with the battery pulled out. 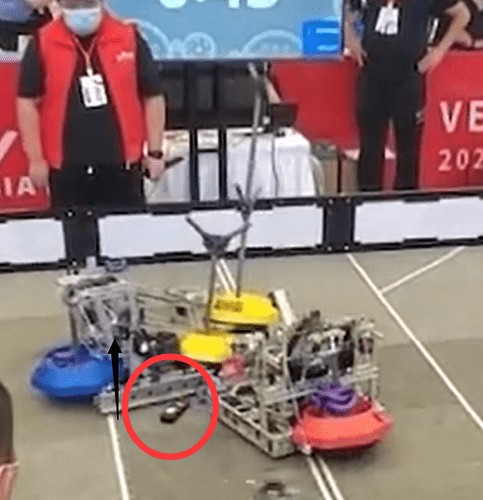 the battery problem I mentioned before.

Not a problem really - if your robot yanked it out deliberately, really a you problem. If battery fell off because opposing alliance team decided to design a robot with the battery as their shock absorber, that is a them problem

but seriously 1) build better robots, and 2) don’t be a horrible person yanking batteries from novice team… no good comes from that.

ps: your illustration does not help to clarify your point - all we see is a battery on the field.

Thank you so much. This allows me to redesign my robot. I’m new to the forum and I’m shocked to get so many answers.

Thank you so much. This allows me to redesign my robot. I’m new to the forum and I’m shocked to get so many answers.

Don;t be shocked. Try to give quality feedback to help others improve designs .

Edit: I found it!

Honestly I’ve seen robots have their batteries disconnected (either by their opponents or their own fault) too many times to leave a battery exposed like this.

It’s really great! Do you have a link to the video of the game?

Uhhh, unfortunately the event livestream link is invalid (WeChat miniprogram just links back to the invalid site unfortunately) but I am in the process of uploading all matches to YouTube. When I have them up I’ll most likely make a post here with the playlist link. 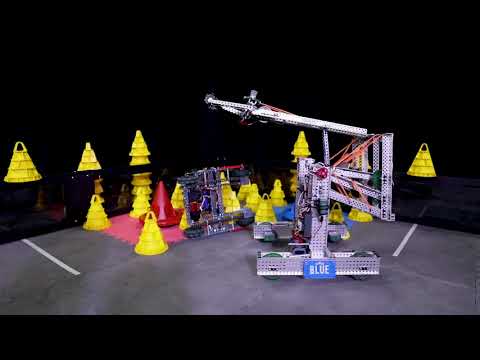 So it’s against the rules, right?

So it’s against the rules, right?

Officially it will be against the rules.
Generally it should be as well. But a lot depends on circumstances, eg. If the robot has its battery and brain so exposed that it is asking for troubles, then it may not be the fault of the opponent.