Is it possible to score the third ball in a goal?

According to Appendix A, the top of the goal is 18.41" from the floor. If the balls are also sitting on the floor a stack of three would exceed the height of the goal? Has anyone seen any changes that resolve this conundrum?

Yes, when the balls overlap a little when settled inside the goal.

It’s true that when perfectly stacked on top, the balls are too tall. But in practice, they sort of roll down the edges of the ball below them, and the total height reduces. So yeah, it is more than possible to stack 3.

I am not sure that thy will settle over 3/4" using the max sized balls.

watch the game video carefully, then come back with more information. 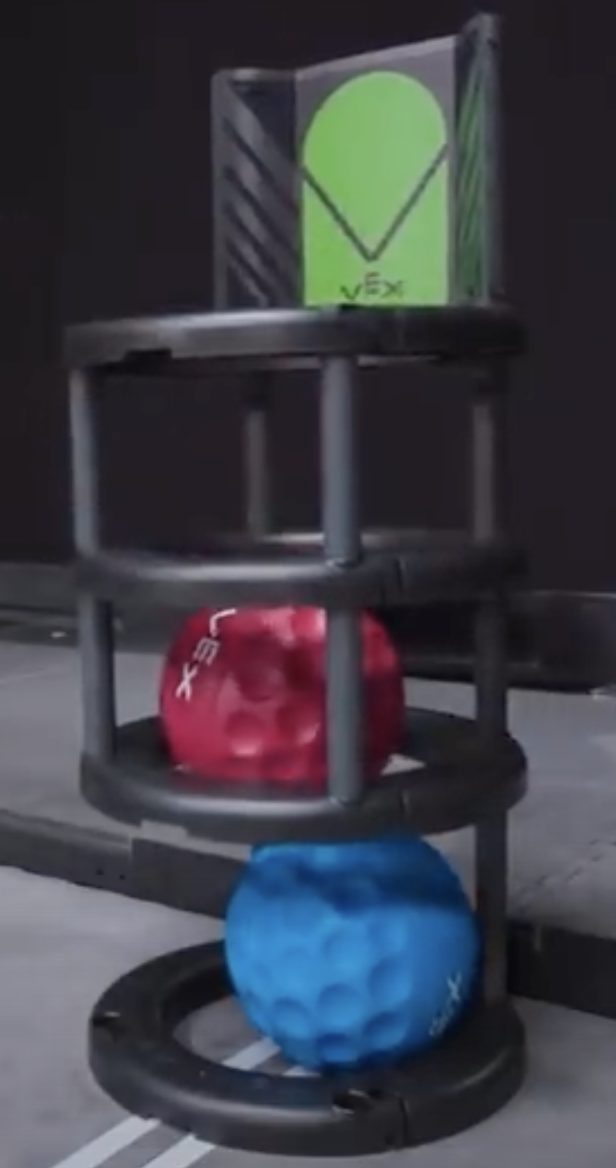 I am pretty sure you will be fine.

The main problem isn’t ball height, rather it is that in the game videos the towers appear to be leaning pretty heavily to one side…

can confirm, 3 balls fit fine in a goal.

But I can also confirm that it is possible for three balls not to fit. If they all lean against one side of the goal for example, the top ball is above the rim, so be careful, if you see all the balls on one side of the goal, ram the goal to shake it up a bit. Its possible, and not too unlikely to happen in a match, but probably won’t happen very often.

i never thought of that concept. do you think it could be a game-changer @Xenon27?

nah, just in auton you’ll probably want to tap the goal after you score to make sure all the balls are properly settled. but the impact of the balls usually settles them well enough.