Is Tipping Point similar to Round Up?

Although a lot of people seem to think Tipping Point looks like ITZ (In the Zone), the first thing that came to my mind during the game reveal of tipping point was Round Up, a game played back in 2010-2011. The only reason I know this game is because I spend way too much time on YouTube.

I started competing in VEX the season after ITZ, Turning Point, hence why I keep wanting to say Turning Point instead of Tipping Point. Can’t wait for the 10,000 typos in my notebook…

They both have rings, mobile goals, and a difficult end of the game task with major bonus points. I think the field setup can be compared to ITZ, but the aspect of the ring brings me to believe a lot of people will be researching how Round Up was played and what methods for intaking rings were most effective.

Personally, I have found that Green Egg Robotics had a fantastic robot for Round Up.

Do you think Round Up looks like Tipping Point?

Also, can we appreciate those futuristic robots in the Round Up Game Reveal? I thought those were so bizarre. It’s interesting to think that back in the day game reveals were animations. 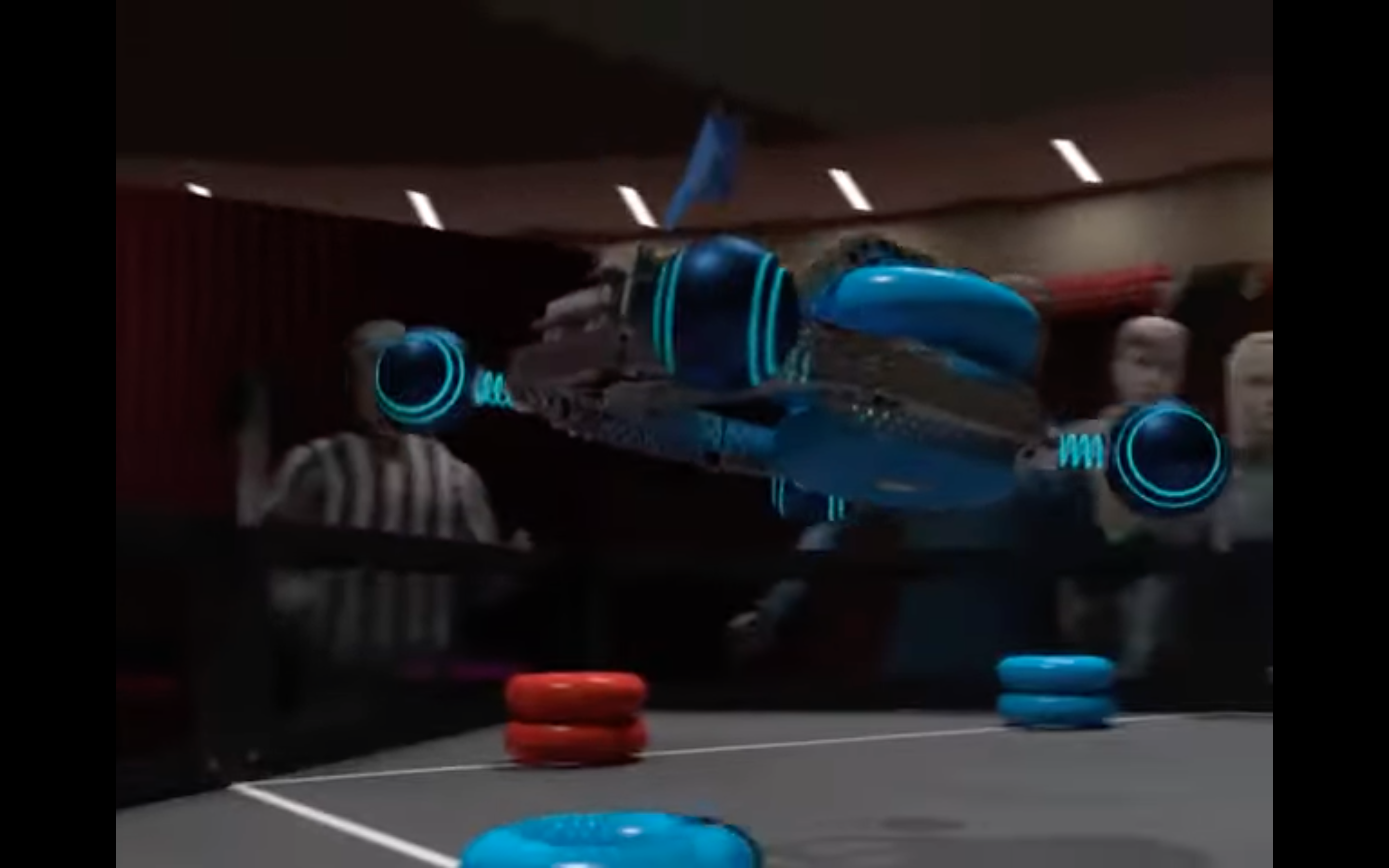 To me, Tipping Point is a combination of VRC Round Up, VRC In the Zone (somewhat), IQ RingMaster and IQ Crossover.