Hi!
The little plastic tabs holding the Ethernet cable in the competition port of my team’s joystick have broken off, causing the robot to disconnect from the field.

In this post: https://vexforum.com/t/answered-joystick-port-repairs/31004/1
Karthik ruled that a repair with an extension cable would be illegal.

Is anyone aware of a repair that is legal?
This seems like a pretty common problem…

Yes much more common than you think. Walking away from the tower still plugged in just made that expensive part darn near worthless for competitions. We have played with an extension at times and thought about gluing it in. But it seemed to hold.

Get a stub of an ethernet cable and crimp a female port on the other end. Then you could hot glue the male end into the joystick. It looks ugly as heck but works.

Not sure how competition legal it is. Not like an ethernet cable is an official Vex part and it is not giving you any sort of advantage in any way.

To date we have generally made people keep them the remainder of the season since they are so darn expensive or turned them into partner joysticks. (We had a few more from before the days of partner joysticks)

Edit: looks like he answered as no. But our solution is just gluing a cable in place which is not modifying the joystick, but affixing the wire to the joystick so it does not fall out. I guess get your credit card out is the only competition legal solution.

Just got an idea:

What if I attached a standoff to the screw holes on the joystick, and attached the field cable to that with a rubber band before each match? That might keep some tension on it and provide a stress reliever to prevent the cable from being pulled out.
Any idea if that would be legal?

No modification at all allowed so no.

That’s where I’m unclear. It isn’t modification if I’m not even opening the case screws on the controller.

In the second solution, I am using vex screws, standoffs, and rubber bands, which are all official parts.

This is what we’ve done. The ethernet cable goes through the little loop of the rubber band with a little extra slack before being plugged into the controller. This tends to keep it from falling out during competition. I have no idea if it’s competition legal.

I assumed it was legal because I thought modification would have to be a physical change to the controller itself. Nothing in this solution is actually being changed about the controller, nothing is being bolted/glued to the controller, and the competition cable is still being plugged into the original port. Though reading that attaching a dongle has been deemed illegal makes me question the legality of our method. 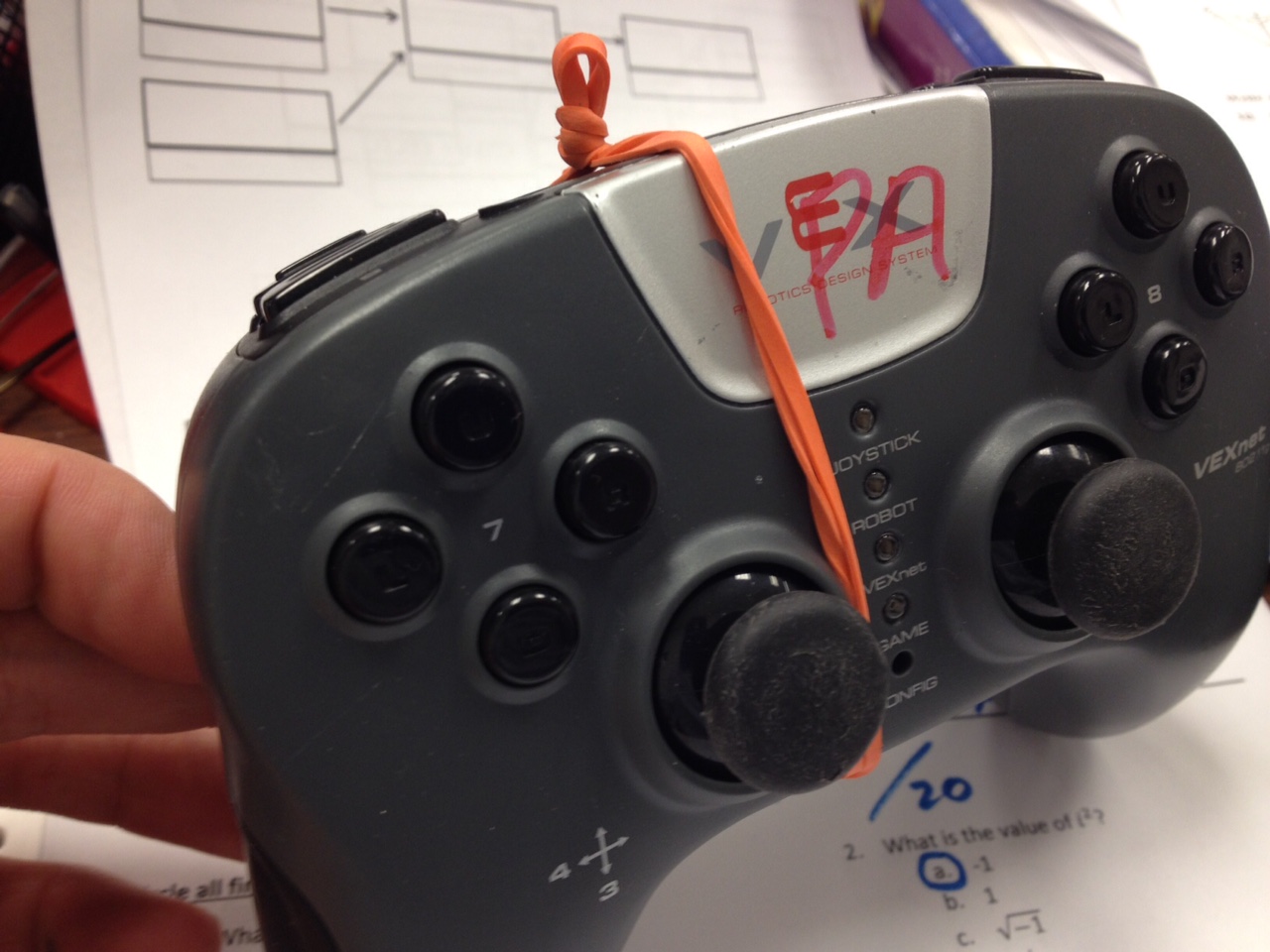 Could we please have some input about the legality of these new methods?

What if I carefully built out new tabs using superglue? It would then be restored to it’s exact original state with no other components holding the wire in place.
Would this be competition legal?

This is all ridiculous. I hope Karthik is reading this thread. We should not have to spend $250 for a new remote when $0.01 of hot glue could fix the problem and not give a team an advantage in ANY POSSIBLE way. This is simply the nature of having to repair very expensive components for schools/clubs that are VERY tight on budget dollars.

I greatly appreciate Karthik’s work here on the forums, but in this particular case…come on…lets be realistic with these rulings.

Could we please have some input about the legality of these new methods?

If you have a particular question ask it in the official QA. Anything stated outside of the QA is limited to clarification or misunderstanding. If you have an actual question regarding something not discussed in the rules only an official QA will count at competitions. Plus I bet Karthik finds it pretty annoying.

Is that legal though?

Any chance you have a link to a connector that will fit the bill (fit inside the controller housing, easily soldered)? Have you done this repair successfully in the past?

Is that legal though?

No idea, that’s a question for Karthik.

Any chance you have a link to a connector that will fit the bill (fit inside the controller housing, easily soldered)?

Not at the moment.

Have you done this repair successfully in the past?

What happens in Vegas stays in Vegas.

What happens in Vegas stays in Vegas.

So according to the rule regarding joystick repairs, “No modification of these transmitters is allowed of ANY kind.” If this is the case, then why are there two screw holes on the back of the controller? i would assume that adding anything to these screw holes would be modification, so why are they there at all?? has anyone used them?

Maybe he came over and did it at my house.