KIDS Inc has built a decent robot this year. It can easily throw stars to the high scoring zone from anywhere on the field. It can throw stars every 2 seconds. Right now, it cannot throw cubes (until they add anti-tipping mechanism) and cannot hang. They are planning on hanging later in the season.

The team is using six motors to put energy into a bunch of rubber bands (I am not sure on the number of rubber bands) and a four motor X drive built on a frame that actually looks like an X. The six motors go from 12 tooth gears to 84 tooth high strength gears.

They still have two motors or pneumatics to spare.

There are a few little tweeks they have planned, but I think they have a solid robot. 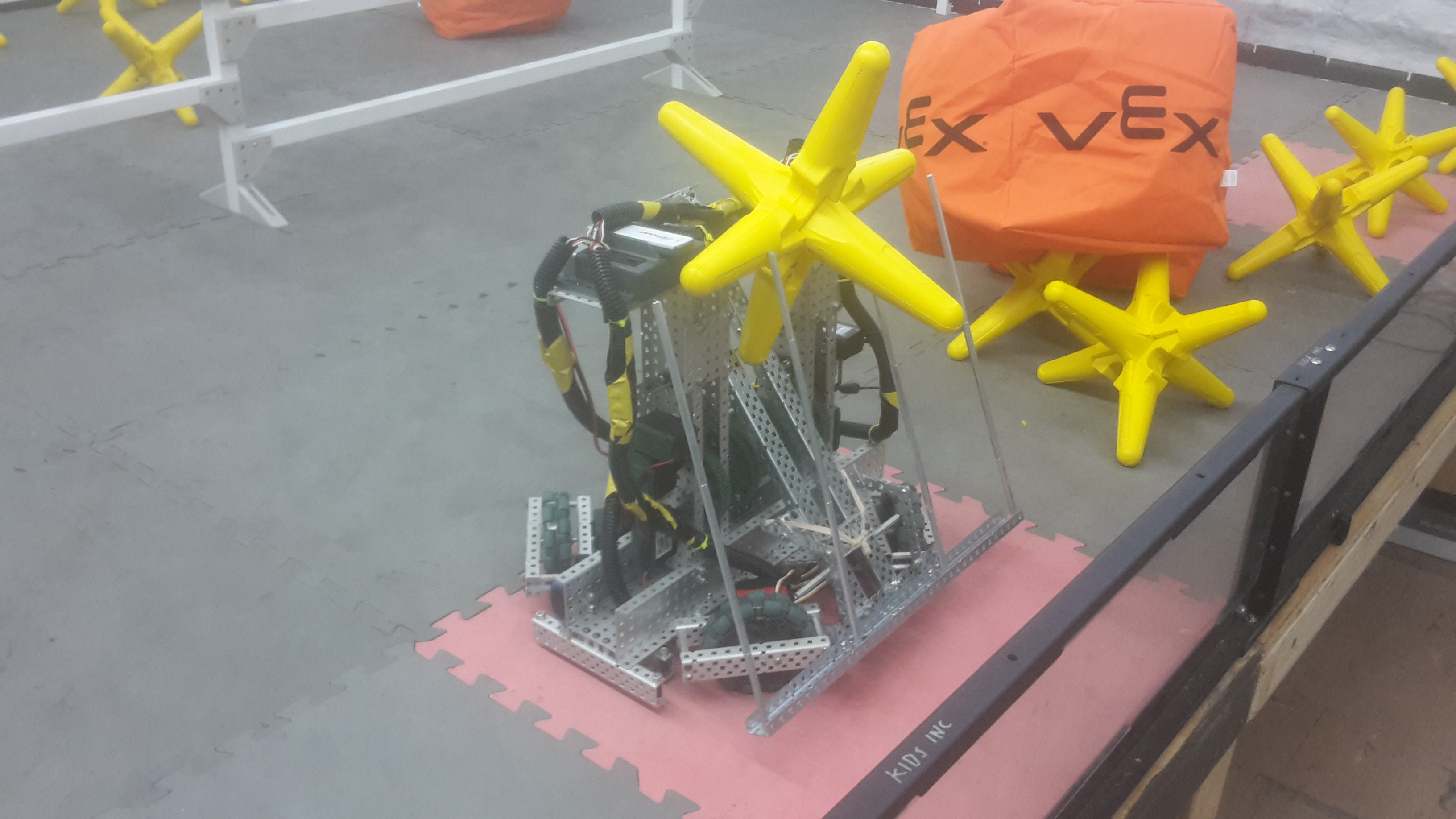 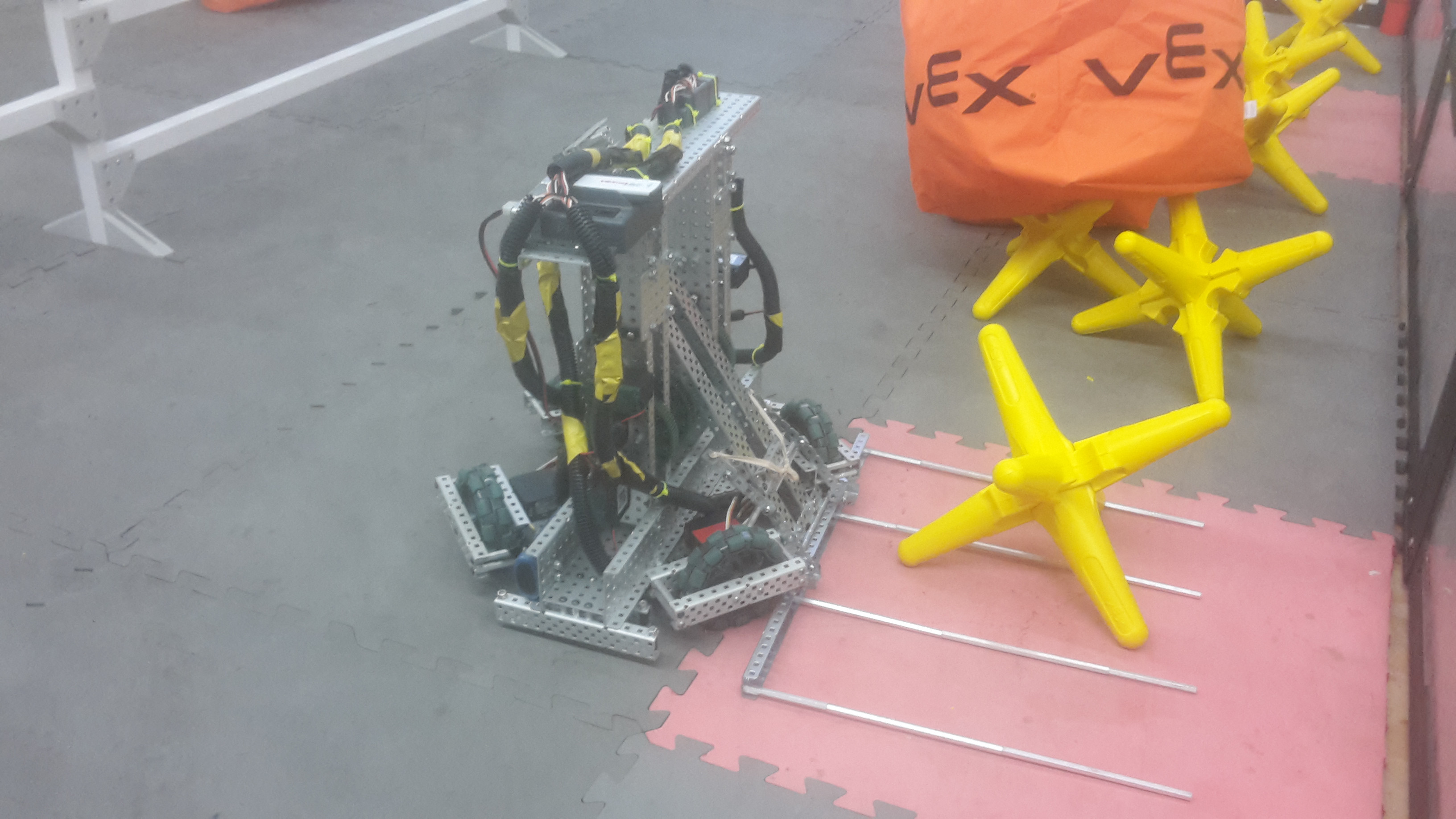 Thank you. The cable wraps were done today by my son. Do you have any pictures of the robots with skirts? I would be curious as to what that means, exactly.

At first, I thought you were joking about skirts on the robots since they are supposed to do some sort of pole work at the end. I probably need to self edit a bit more.

Just so you don’t get caught up in the stars or the cube fabric.

1115A loves it so far cant wait to see you next weekend.