I have seen that the general consensus is that you are allowed to play defense on a robot that is stacking in the unprotected zone (thus possibly causing their stack to fall outside the field). In a recent tournament, the judges said that you cannot do that is any cubes fall outside of the field. They equates it to having a piece of their robot falling out of the field. Is their interpretation right?

states that “Teams may not intentionally remove Cubes from the field” (italics added by me)
I believe that the objective of your defensive play is not to remove cubes from the field. Rather, it is to remove them from the tray, which is different. Our robot often knocks cubes off trays, and some cubes end up outside the field, which is unintentional (it’s a nice bonus, but it’s not the aim of our actions). We haven’t been disqualified for doing so yet.

This state that repeatedly doing it, such as multiple times throughout a competition, can result in a DQ, especially if teams are warned. If a ref doesn’t say anything, I guess you’re ok, but it should be called by a proper ref. I would tell the ref about this if they don’t realize.

At Kalahari they said if they did it repeatedly then it would be a DQ, otherwise just a warning.

Our intention was to prevent them from stacking, not to remove cubes from the field. That just happens to be a secondary effect of this action.

Well it doesn’t happen often… only if the robots are near the edge, which usually isn’t where they are.

Well if a team is constantly using that strategy, it should be a DQ.

What about the rule that says you cannot indirectly contact opponents barrier? You are technically contact the opponent who is contacting the barrier while trying to score.

It’s the head referee’s discretion. I believe that if the head ref saw and recognized that the cube-knocking was not intentional and just a product of defense (where else would those cubes go?), he would not disqualify the team. That’s how it’s been in my experience.

Well, I’m all for defense, but I believe that defense while scoring in the non protected zone is illegal for many reasons, knocking cubes out of the field being one of them. If you repeatedly hit a robot that is attempting to score, it is obvious that the cubes will fall out of the field. Rule G3: use common sense. If you do this more than once, it is a repeated action and should result in a DQ. Also, the defending bot will be indirectly contacting the goal zone and barrier, which will be a DQ, but I’ll try to keep this thread on topic.

And in response to @alex531, the rule he is referring to is SG3 case D. 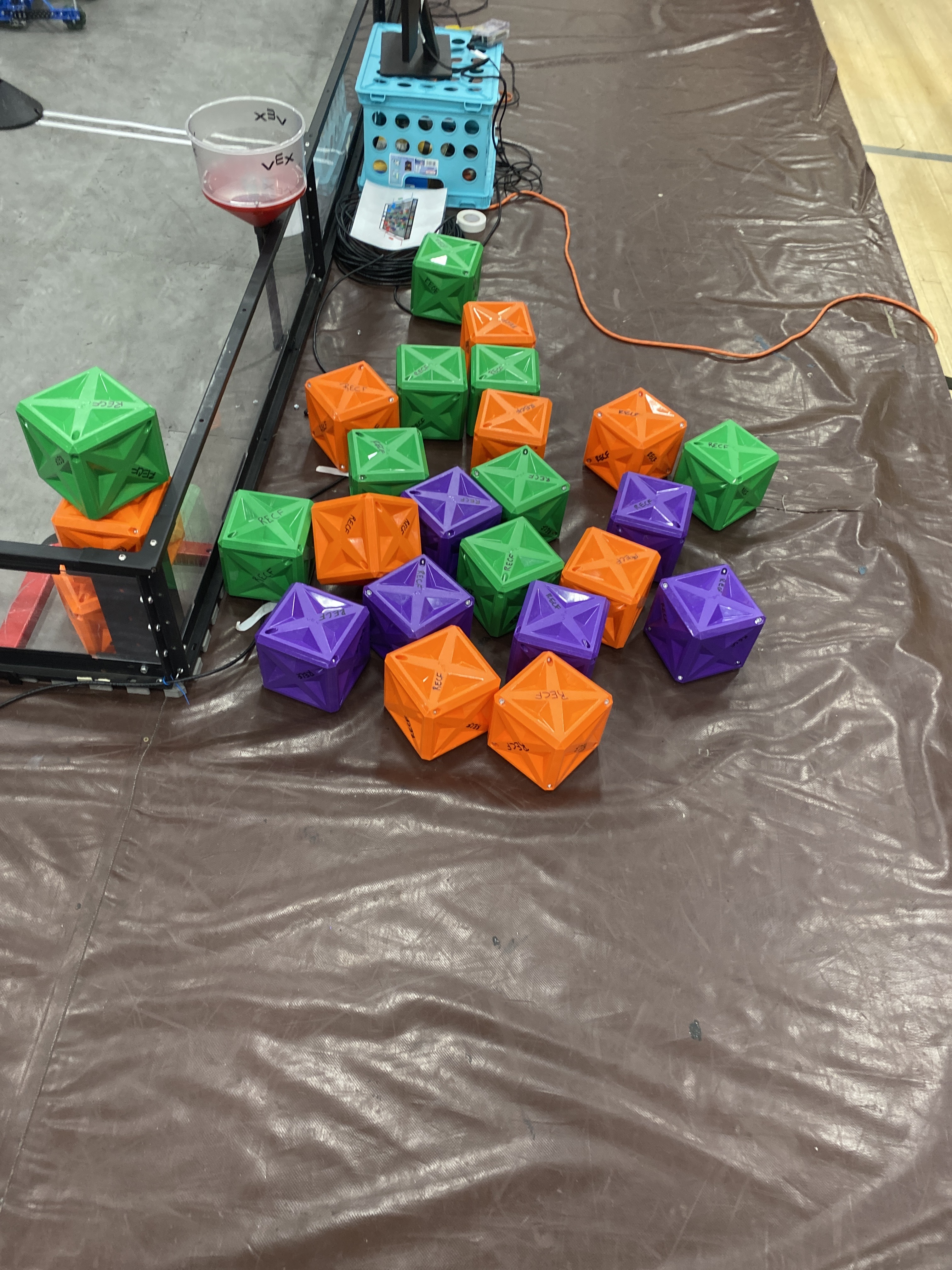 Had this many cubes knocked out of my tray during finals. Score ended up being 17-9 due to how many cubes were out of the arena.