I’m using a L Channel Cube. My first stage is 35 and my second and third stages are 25 long and I would like to be able to get 10-12 cubes however I’m having a ton of troubles.

I’ve tried adding another 25 long L channel but that doesn’t seem to fold nicely since the joints of the 4th stage clashes with the joint on the first stage.

I’ve tried having my fourth stage fold backward however the lock would protrude outwards causing them to hit my intakes when folding everything.

I’ve also tried making my 4th stage of my cube rack out of C channels where the 2x 25 long c channels are the base and I would then use polycarbonate as the walls however that doesn’t fold nicely either.

Pictures would definitely be helpful here.

You could try adding something with sliders, although that may be too heavy if you don’t make your own. My team has a three-stage tray that can easily hold 11 where each stage is a 35 hole l-channel, if you have any available you may wanna switch to that. But definitely, send pictures.

Unfortunately I don’t have any clear images of my tray but i’ll upload some later. Regarding your tray, how much of an angle is it on and I’m guessing that u have it fold forwards instead of backwards? Also, does it fold nicely and if so, how’d you go about doing that?

It folds really nicely, we achieved this by using the 45-degree angle pieces as the hinges on the side, and the lower hinge has more space so that the top stage can fit in between. We do have it fold forward. I’ll send pictures if/when I can. 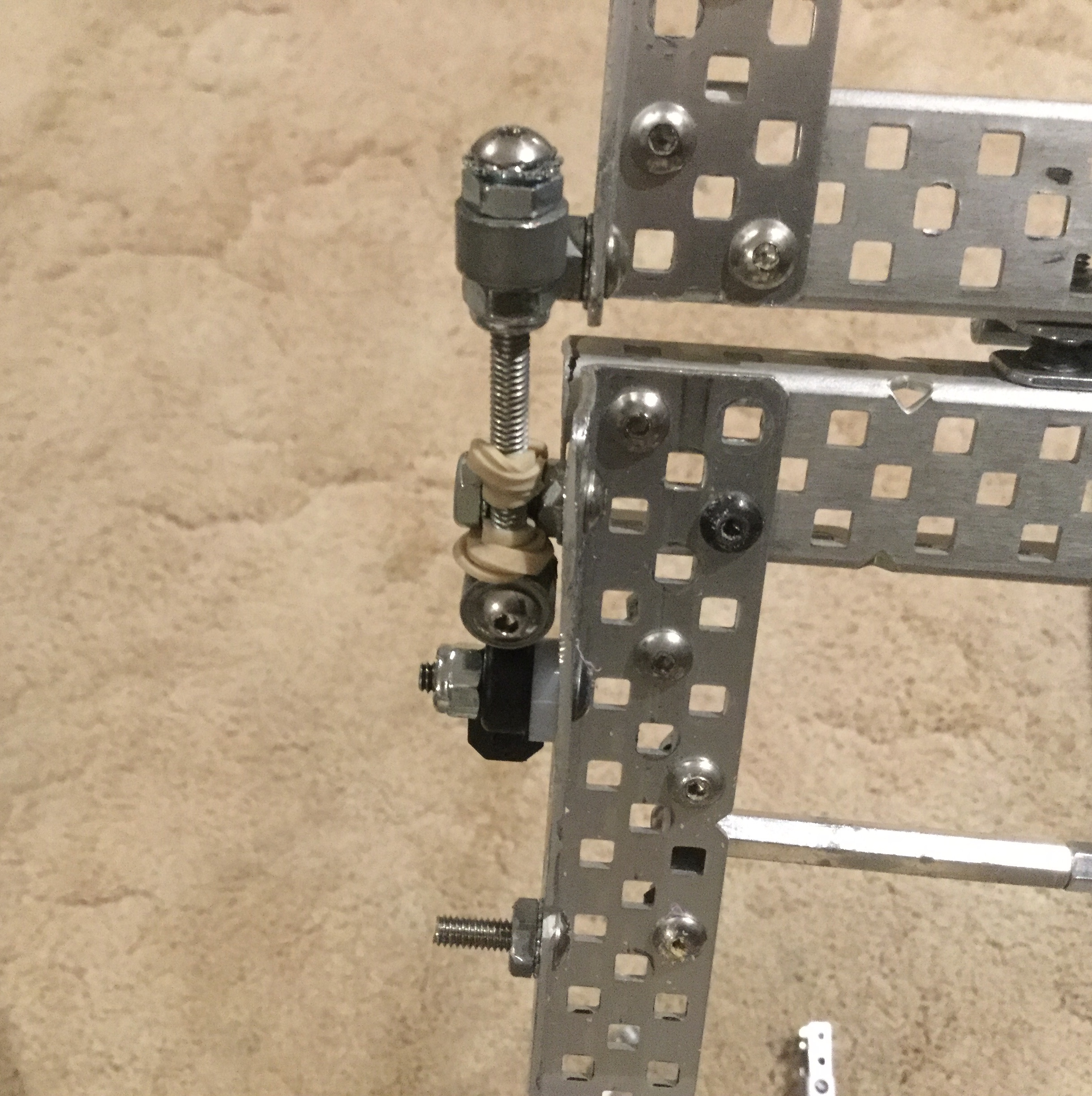 Heres are some pictures of my tray, although not the most up to date it still is relatively similar. With the gussets you are using (the 45 degrees pieces) i don’t have very many of them and they have all been used on my robot for other things. Do u happen to know a work around? 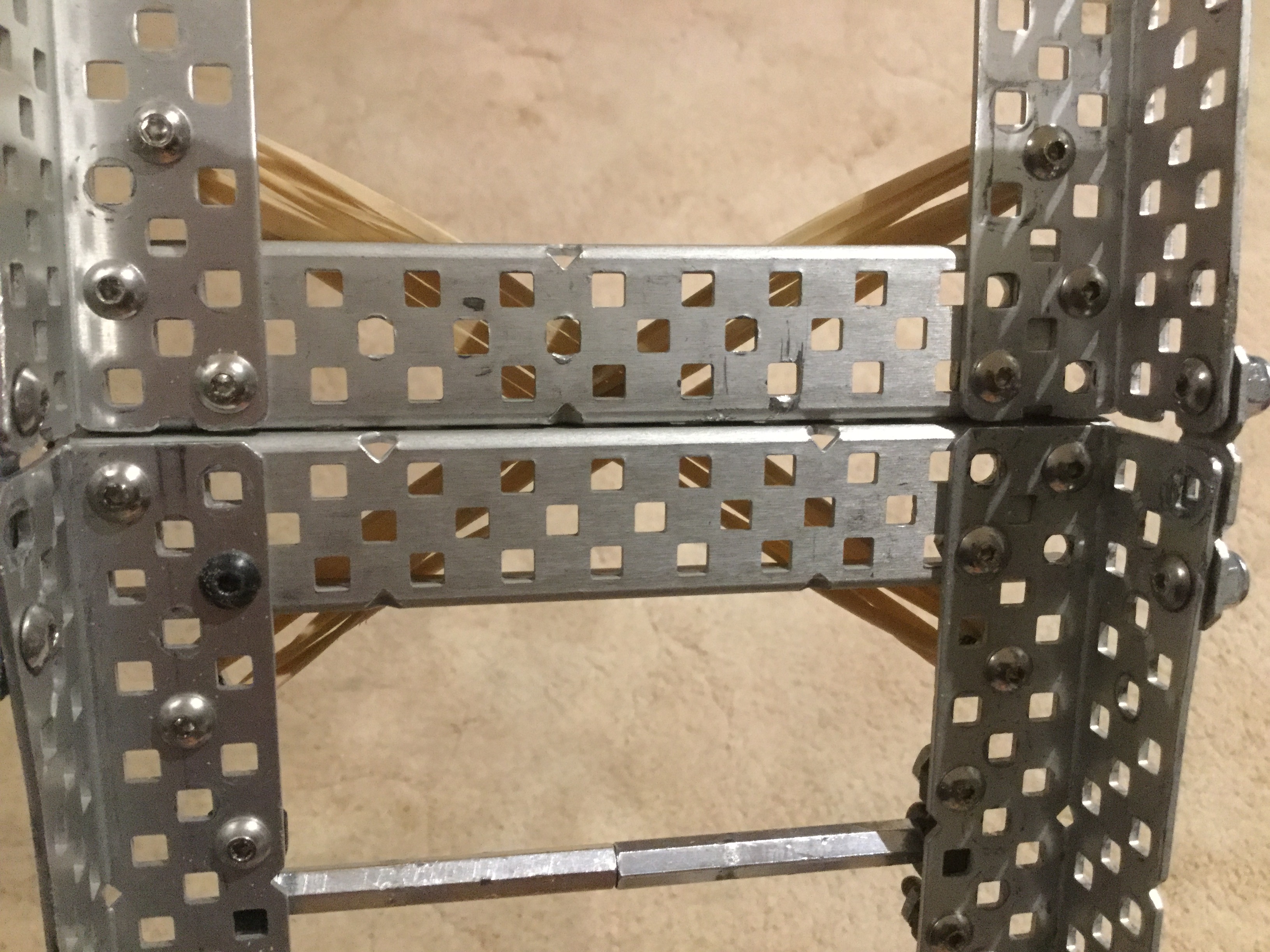 I’ve seen robots that unfold one or two stages and then the extra stage extends by sliding out of from the top unfolded stage as needed.

Also, some of the top robots don’t have fully rigid final stage. It is mostly lexan and floppy and works very well.

This is one of my favorites. The field is practically cleared.

Ye, this is actually the first time that i’ve seen a team that has a pretty good cascade on an L channel cube rack. How do you reckon they built it and got it to fold nicely coz it looks like they have 1x 35, then 2 x 25 long L channels and then the cascade?