I will be starting a league next year with my school district, and need help from this community.
For those of you involved in league play, what makes your league great?

What do you wish your league had?

No, leagues in vex meet for several short evenings, usually across the whole season, and then culminate in a tournament.

The leagues in my region usually meet during the day, on weekends.

Of the three leagues in my region since 4 years ago (NBN), two have met once a month from November to February (sometimes twice in January, and not always the same week in each month), and one met about once a week for 5-6 weeks in October and November, with a 2-week break between the 2nd and 3rd week.

We run a league in NE Wisconsin for VRC and VIQC. Here is some info on how we run our VRC league.

We have 8 different league play nights starting in November and ending in February, usually about every-other week. Teams need to attend 5 of the 8 nights to be “ranked” for the finals. We run 5 matches each league night and usually skills afterwards for any teams that want to stick around. Here is the schedule for each night:

I really like VEX league. It is really fun to see the iteration and design changes throughout the season. It also gives more experienced teams a chance to try out “wild” designs in a competition environment to see what works. The teams really get to know each other, too, and it makes it a neat experience at the weekend tournaments. It’s also a great bang-for-your-buck for teams. Each team gets 25-35 matches over the season for only a $50 registration fee. That’s as much as 4-6 weekend tournaments.

We ran our league a little bit different. With competition spread out over a month and a half or so bi-weekly or weekly (cant remember which). The fun thing about ours is that we ran with our tiny rebuild fill-in bot, and then used our rebuilt robot for the finals using our decent standings from the tiny bot. 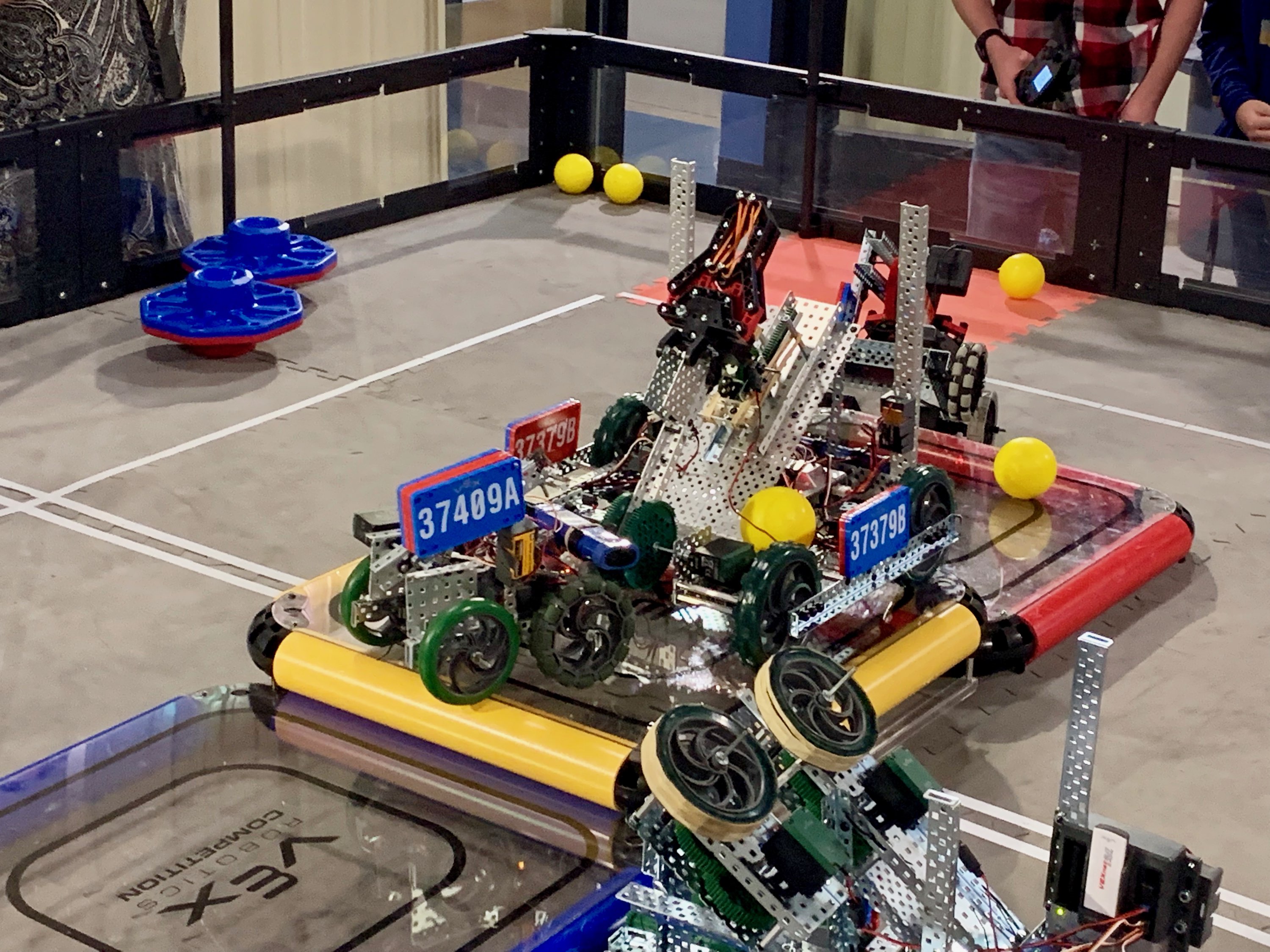 (it’s the small robot double parked on the platform only 8.5 inches long)

We double parked twice throughout the league

Thank you so much for this, I may revive this thread and @ you later as we iron out the details. We are buying a 3+1 field setup and transporting it school to school, so I might have some questions about facilities as the time draws nearer.

We participate in a league and find it really beneficial for new teams. The league is 4 Saturdays of qualifying matches (usualy 6-7 each day) and 1 Saturday for the tournament alliance selection and eliminations. The Saturdays are usually once a month or so.

Benefits: Low stress and lots of learning. It is great to practice and get all the kinks out over the long period of time.

This year I will only be putting my new teams into a league and have my experienced teams do tournaments only.