Hey everyone. We are have a single acting pneumatic solenoid on our bot that leaks a ton of air (-1psi/sec) through the insert hole beneath the insert that is in place. It is a pretty old solenoid but is there any way to fix the leak without getting a new solenoid? When I plug the pneumatic tubing in i make sure it is in tight. Thanks! 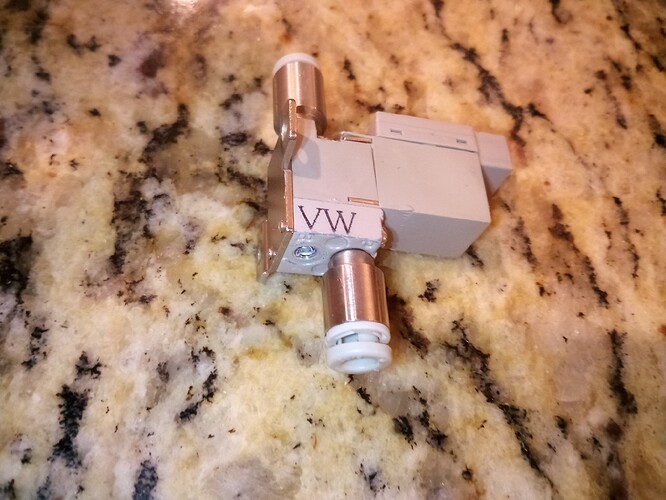 And it is not a code problem because it leaks even when there is no battery hooked up.

If I understand you correctly, it is leaking out at the exhaust port. These solenoid valves are non-repairable, but perhaps you can shake the spool (the small moving part inside the solenoid valve) loose by cycling the valve on and off a few times under pressure. (Being under pressure is important, because it is the air pressure that shifts the spool back and forth inside). It’s possible that might knock loose a piece of debris that is keeping the spool valve from sealing properly.

It didn’t even respond to the code. And I switched it out with our clamp solenoid and it responded. Broken, I guess.

my double acting solenoids sometimes will leak air from the exhaust ports, which is as @kmmohn suggested, due to the valve not sealing properly. the fix I found to work well is to just pressurize the system very quickly, which will pop the valve back into proper position, and fix it. Not sure if it works like this on single acting solenoids, but it’s certainly worth a shot.

When you say the solenoid valve does not respond to the code, it sounds like you have tested another valve which does respond to the same code? If so, it may be that the coil has burned out, or less likely, the return spring inside the valve has broken. If you listen carefully, you should at least hear a click sound when the valve has been powered. Unfortunately, unlike larger models of solenoid valves with replaceable coils, these small solenoid valves are not repairable

Try taking a small screwdriver and see if there are any loose screws on the outside of the solenoid.