During the RECF Live Remote Competition on 11/07/2020, it was noted that the software only allowed 3 balls to be scored in a goal. However, it is possible for a robot to fit up to 6 balls in edge goals, 5 in corner goals, and 4 in the centre goal (though 5 is technically possible) whilst abiding with the Change Up rules defining what counts as scored:

(Page 10 of Game Manual)
"Scored - A Ball status. A Ball is considered Scored in a Goal if it is not touching a Robot of the same
color as the Ball and meets all of the following criteria.

Images of this scoring are shown at the bottom of this post and in NXS RI8H: https://youtu.be/ILjwfzRk6aQ. These goals, as indicated by the measuring tools, are nearly perfect in regards to their calibration, and the topmost ball easily passes the clipboard test.

As mentioned, the software does not currently permit more than 3 balls to be scored in one goal. As a result, two questions prevail:

The intent of this post is to raise awareness about this contradiction between the game manual and how the competition is run. We appreciate the hard work that RECF have put into developing the Live Remote software understand that it is in its early stages with many hurdles to still overcome. 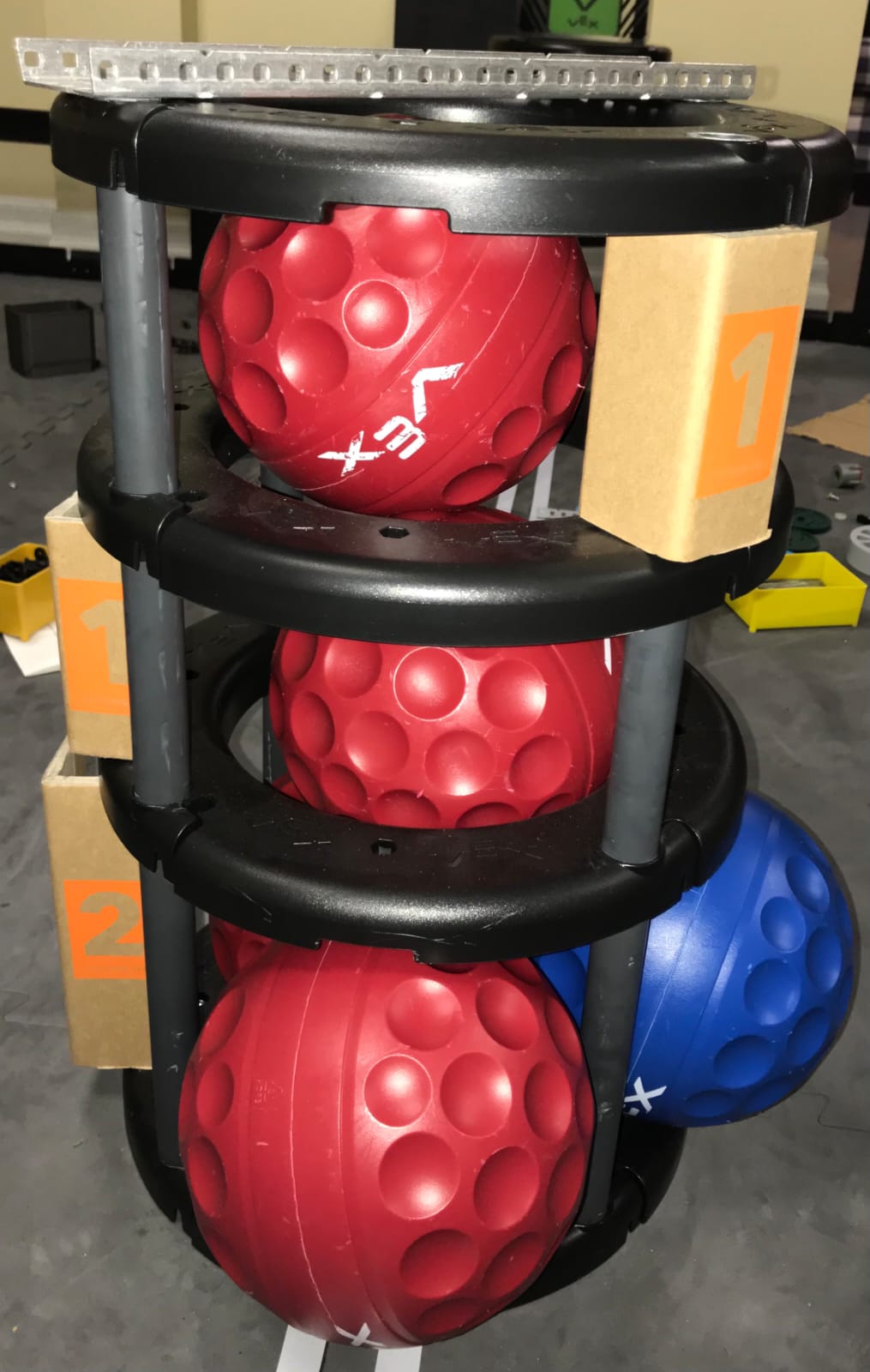 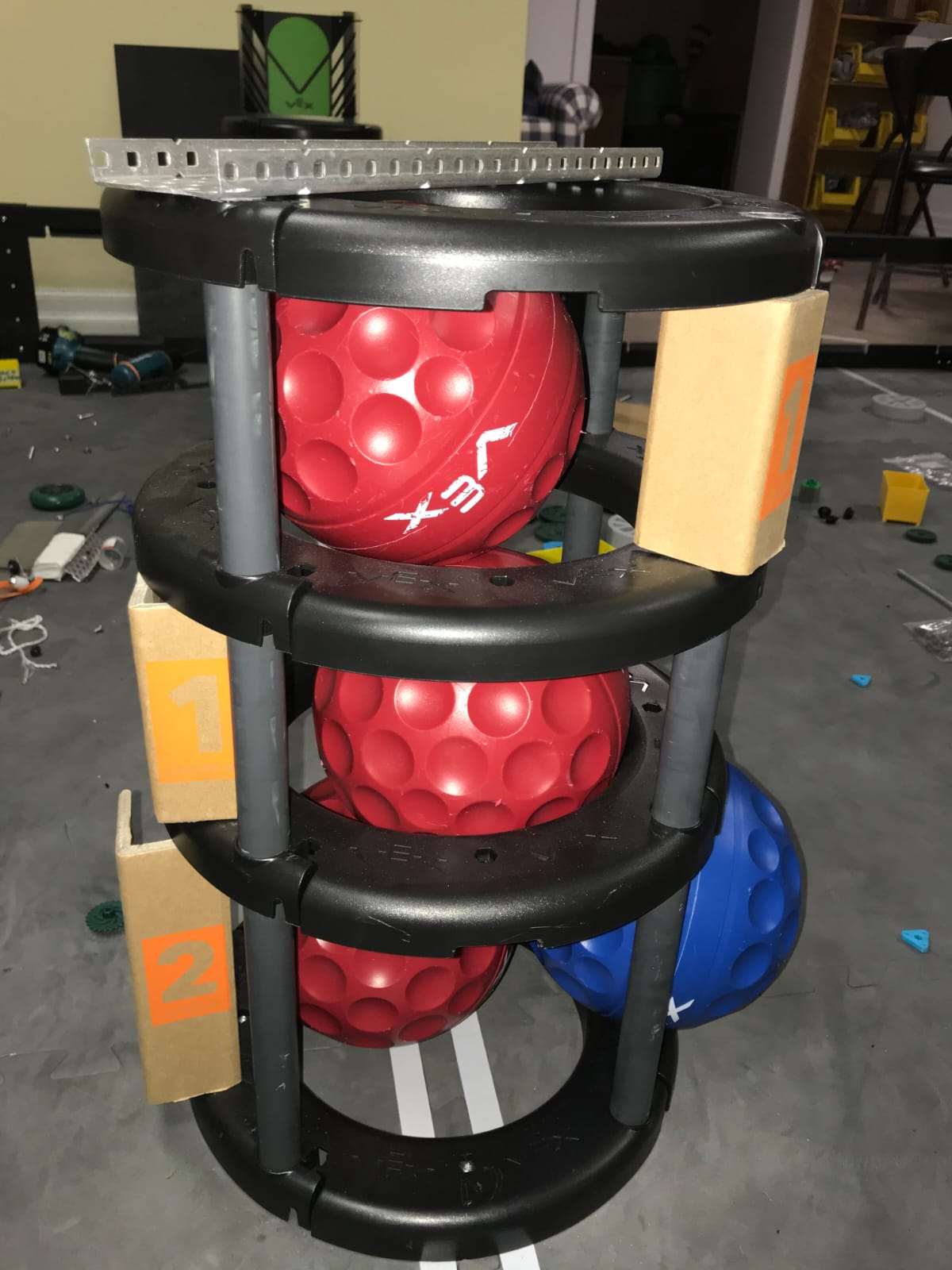 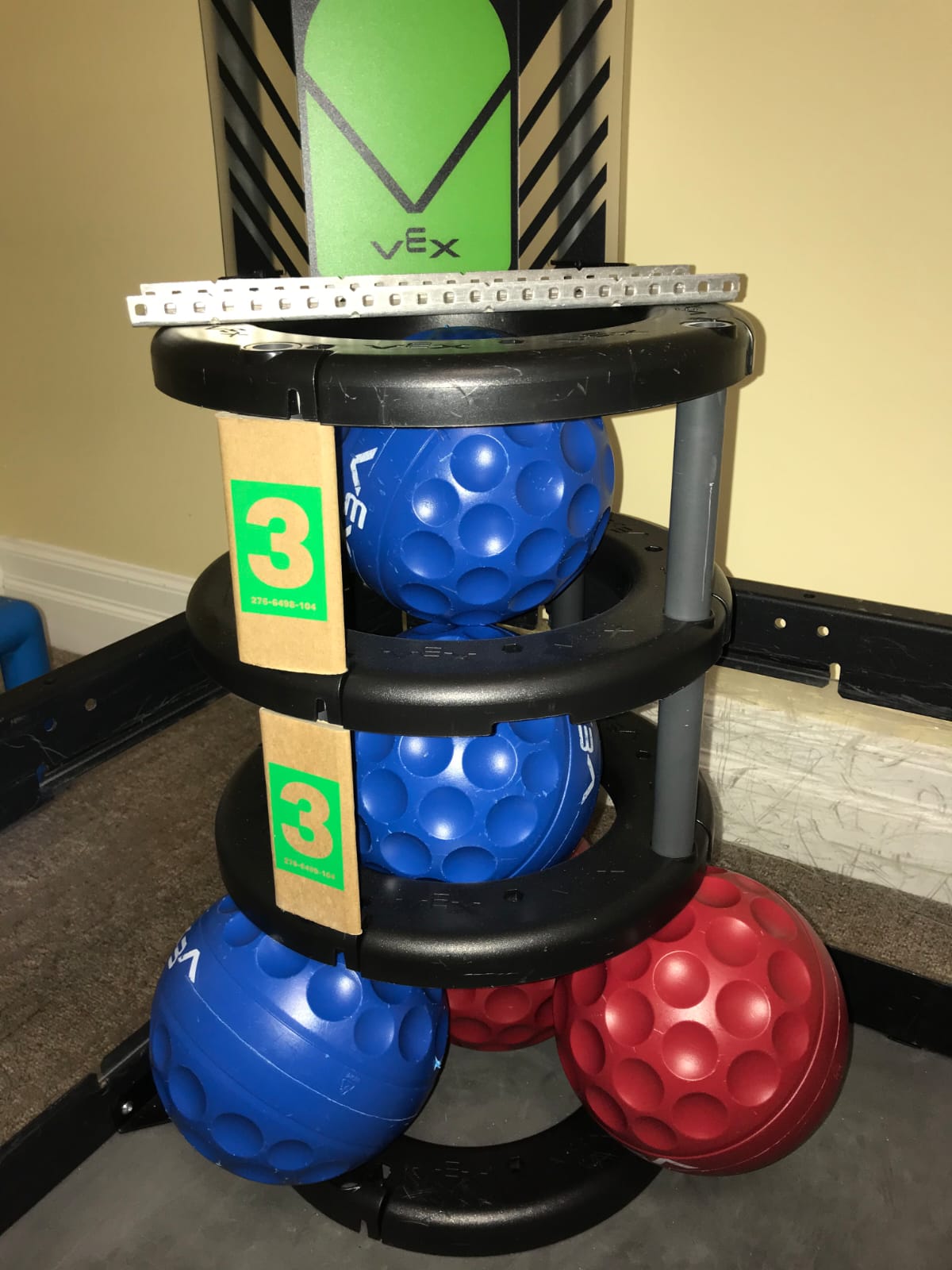 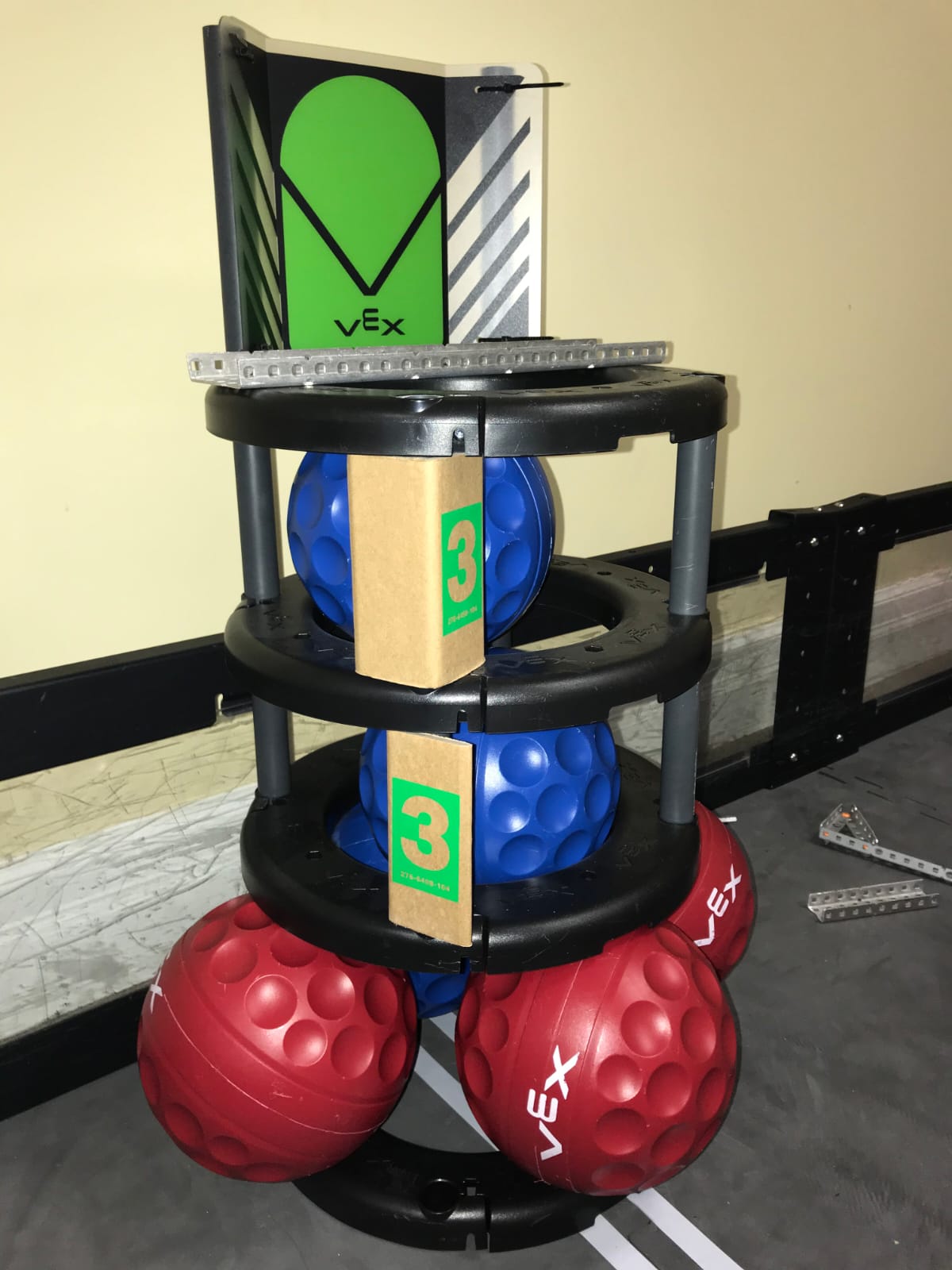 Hi Dillan & Cole,
I appreciate the note and question. There is some confusion that I can clear up! We have every intention of restricting scoring behavior for live remote tournaments to match documentation produced by the Game Design Committee (in all cases). To answer the question directly, the software will allow more than 3 game objects in a single goal moving forward. In this case, a combination of inexperience running live remote competitions and a mistake by one of our referees led to this ambiguous situation (and your post here to clarify). Thanks for your patience and support as we continue getting this system completely ready for teams and event partners!

I don’t really want to start a new thread so I will ask in here.
Is there anyway that the scoring chart can be pre filled in? The matches have the same amount of balls in every goal at the beginning anyways. And because the color does not matter when you put the balls in it would work every time. (You Mark the goal a different way depending on the color).
It would make the process so much smoother.
Does this make sense?

Robotnerd,
The scoring grid is now filled in (as described here), along with a number of new enhancements. Join us again to check it out.

Live Remote Tournament - In the attached image - How many balls are considered scored. 3 balls? or 4 balls or 5 balls? Thanks 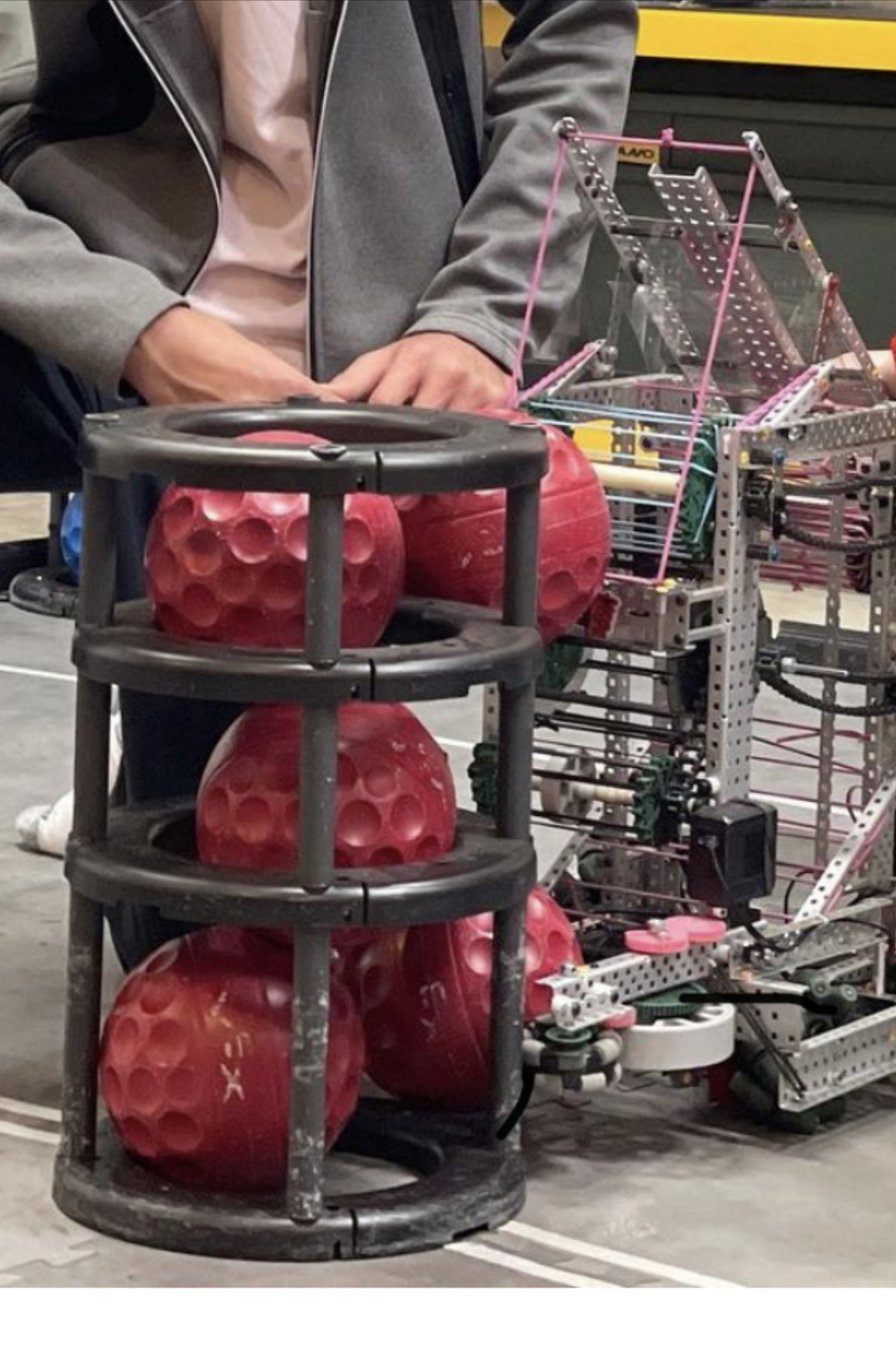 I believe that this was answered in this thread.

Live Remote Tournament- In the attached image - how many balls are considered scored. 3 balls? Or 4balls? Or 5 balls? Thanks [image]

You already started a thread about this exact same photo.

Sorry, I am not clear. So 5 balls scored? Please confirm. Our team likes to make design changes in their Robot accordingly.

Please your other thread above for good answers.

“don’t see how the scenario depicted above (at least with the top ball being held against the side of the goal) could be considered “inadvertent” contact with the ball. The robot is controlling the ball and purposefully holding it there.”

Here is one answer

“while it’s obvious that the intent of the rule is so that teams don’t have to worry about touching balls while goal doubling, we can’t make rulings off of what we think the gdc intends the game to be played, only off of what the rules explicitly say. As the rules stands right now, there is nothing that explicitly defines when a contacted ball wouldn’t count as scored, therefore it isn’t possible for a referee to accurately deem contacted balls not scored.

I agree that this rule should be rewritten to either define strategically contacted balls as not scored, or just say that contacting balls is completely allowed or intentional.

(or, in my opinion the best solution is to just say that balls have to be entirely within the goal to count as scored and that would solve a lot of stuff, but maybe that’s just what I would do)”

Here is another answer.

Hi Brad,
Can you please provide answer?. Our teams are curious to know.

Based on your answer, they like to make design changes to their robot.
Thanks

Only an official Q&A clarification can answer your question if you feel it is not already answered. You’ll need to ask on the official Q&A if you are seeking an answer to your question on which to base a robot redesign, otherwise it is just conjecture.

Indeed, and was I believe linked in the original thread but the OP does not feel that this answers their specific question.

The answer is 5 yes all 5 are scored.

Per LRT9: This rule is a modification of the definition of Scored. In a Live Remote Tournament, a Ball may be considered Scored in a Goal if it is still touching a Robot of either Alliance color.

Edit: Yes I know this rule was already brought up but the reiteration seems necessary.

“You’ll need to ask on the official Q&A “

Do you mean Event Partner Q&A? Thanks

The official Q&A, which is linked in the game manual under G22, and which has also been linked to in this thread and multiple times in your other thread.

IMO, only three are scored. The touching the the balls is OK “if they inadvertently contact a Ball when attempting to Double / Quadruple a Goal.”

That is NOT the case in that photo. They are purposefully touching the balls for the purpose of scoring extras.

Looks like there are more versions of that rule being asked though - so we will see.

IMO, only three are scored. The touching the the balls is OK “if they inadvertently contact a Ball when attempting to Double / Quadruple a Goal.”

That is NOT the case in that photo. They are purposefully touching the balls for the purpose of scoring extras.