Hi! I have a question about rule SG6. I realize we are allowed 4 preloads. The question I have is are we allowed to do continual loading of balls into the robots during autonomous as long as we do not touch the robot? I can’t seem to find a clear answer and I was hoping somebody could help!!!

The nothing but net app won’t let me copy and paste from the rule book, but here is a screenshot of the definition of preload. 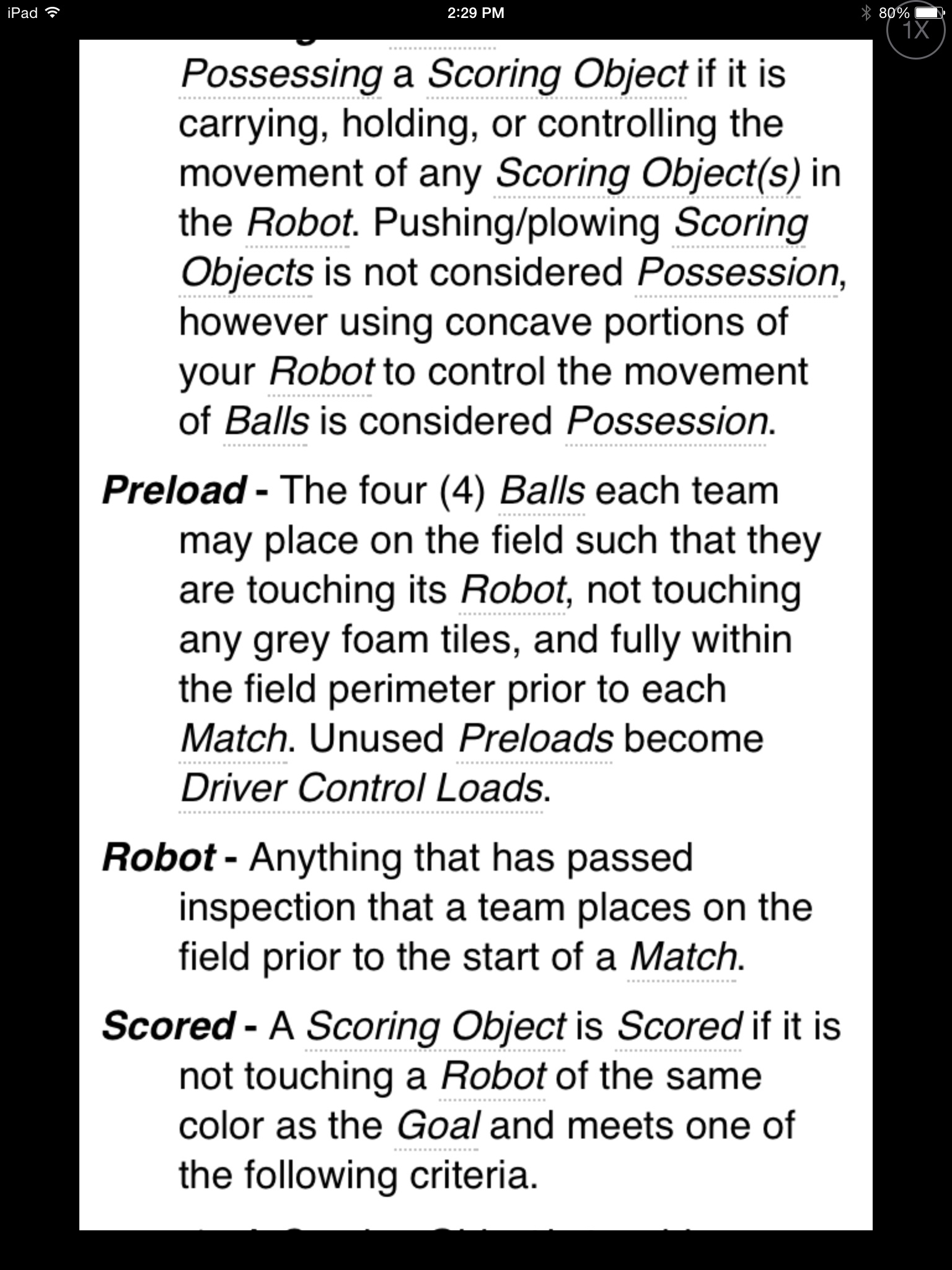 I believe this will not be legal, I know that at our last competition the DQ’ed a team for doing this. I belive the ruling was based on the rule that players may not interact with the robot during autonomouse, and placing a ball in the robot is interacting

That can’t be right.
Dang it! it is. Here is the definition. That news to me. I thought I had these rules down.

Driver control loads are only available during the driver controlled period, not the autonomous period.

Well now we all know. Also Collin, which team got DQ’ed because quite a number of teams WERE loading in auton

Well now we all know. Also Collin, which team got DQ’ed because quite a number of teams WERE loading in auton

i’m sorry, I miss spoke, they were not DQ’ed, however, the balls the scored in auton were not counted, and our alliance was given the auton bonus points, despite not shooting at all in auton, the team was the patapsico punishers G team, 6274 G