Does anyone know of a charger we could buy on Amazon that has the same specs as the V5 charger? Thanks!

no such beast as far as I know, and Game Manual specifies using VEX charger explicitly.

Where are you located, perhaps a local team can loan one.

What’s wrong with yours?

The problem with ours is that we have only one, and we struggle to keep both of our batteries fully charged at competitions. At our last tournament, there was a central area where everybody kept their batteries and chargers, so my kids kept tapping into other teams’ unused chargers.

As a student of Battery Management for the last 12 years, not sure how you are having a problem. I assume you are following the First Rule of VRC - ABC, Always Be Charging.

You should have a pretty fresh battery to run your Semi and Finals match of the day.

Are you leaving the robot on the entire day? Are you driving it around a lot in the pits? Do you have overloaded motors that are running hot?

It’s a dumb charger… really a power supply. The charging circuitry is contained in the pack. If you are that short on packs/chargers… now is not the time to mess around with off-spec equipment… you risk cooking something.

We always keep one battery plugged into the charger, and we swap them after every match or skills run, but 2-3 hours into a tournament both end up in 50-75% range, the robot slows down and the auton/odometry code under-travels. Another thing we’ve noticed is that there’s usually 2-5 minutes before every match when we wait for the refs or the opposing alliance while the robot is on and the code is running (and the motors must be drawing the current).
I have no prior experience with these batteries, all we have is the two used ones that were handed down to us, so I wasn’t sure what to expect.
Our robots has 8 motors, and all 8 are set to hold on stop.
We do have one motor that tends to shut down occasionally and feels warm to the touch, and it’s the one that’s doing least work and encounters virtually no resistance to turn. Is there a way to test if a motor is drawing more current than it should?
Other than that, we keep the robot parked/off to preserve the batteries.

A few things stand out.

I don’t know if you are coding in block, c, python, etc…

My suggestion is to get in blocks, go through every single available command, learn how to use them, and hit the ‘convert to python/c’ button so you can see the corresponding code. There’s probably a lot available that you are not using.

Also, if you identify & fix motors that are overheating… they will use less power… and you will not need to charge as often.

Having all 8 motors in hold mode is not typical… especially for wheel motors.

I double checked the code, and for the four drivetrain motors we’re not setting anything explicitly. Do you know the default setting for the “stopping” behavior?

For any mechanism that acts against gravity, wouldn’t you have its motor in hold motor, though?

If you are having slowdown problems far into matches… you are almost certainly seeing the self-protection of the motor(s) kick in due to overheating. Check your motor temps using code…

If we see the temps go up, how high is still considered normal and what would indicate a problem?

The motor in question powers a standard claw that simply wraps around a mogo pipe so there shouldn’t be any forces acting against the motor. 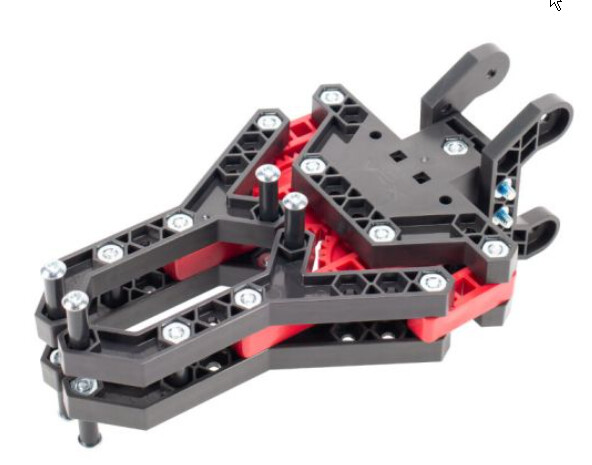 The default mode is not hold, probably coast. I recommend setting motor mode for ALL motors in the ‘start’ block as part of setting ALL initial conditions: motor mode, variables, motor speeds, sensor initialization, etc.

The motor drops power at maybe 55 and shuts down completely at maybe 60. I think these temps are in C… I’m just going off what the motor reports when queried in code. My memory on the exact temps is fuzzy… once we got friction/load problems solved years ago we seldom have heating problems anymore.

A clamp? These are the worse about heating up… you’re applying a SUSTAINED force against the pipe to hold it. And you’re probably applying maximum force also… 2.5 amps of current.

If you want to know, and not guess, go write some code that will display motor temp/amps for all motors. You will figure it out from there.

A clamp? These are the worse about heating up… you’re applying a SUSTAINED force against the pipe to hold it. And you’re probably applying maximum force also… 2.5 amps of current.

The pipe diameter is smaller than the gap between the two sides of the claw so they never squeeze the pipe together (we have another, separately powered bracket, that picks up the mogo from the bottom), so the claw is there to mostly keep the mogo up-right… that’s why I thought it wasn’t doing any heavy lifting. To close the claw programmatically, we turn the motor until it’s velocity drops below a certain value, and then stop. We think we have to set the motor to hold so that the pipe doesn’t eventually fall out, and also to prevent the opposing robot from yanking it out. I guess we could set it to coast when the claw is open, and reset back to hold when we want to grab a mogo. Do you think that would make a difference? And you’re right, we have the torque set to 100%. Is that an overkill for this particular application?

If all you are doing with your claw is supporting the MOGO, you probably don’t need hold anywhere. also, just power the claw until it is closed, and then turn it off. Use code to see which motors are overheating. print that info onto the screen or terminal

just power the claw until it is closed, and then turn it off.

If we do that, what would happen if opposition pulled on the pipe? Wouldn’t that force the claw to open?

can you send a picture of your clamp with a mogo in it?

will do tonight. 20chars

Yes. It would open.

I bet you will find, if you check amps, that the clamp is using considerable power.

As the clamp closes it hits a mechanical limit… but the motor continues to turn against the physical limits of the clamp. The only way this is NOT true is if you are counting motor degrees and are stopping at precisely BEFORE the clamp hits it’s physical stop position.

It just takes a few lines of code to display ALL this info to the brain… or controller if you want to. Brain has about 16 lines viewable. Controller has 3.

Sample code for checking 2 lift motors on a 4 bar lift:

As the clamp closes it hits a mechanical limit… but the motor continues to turn against the physical limits of the clamp. The only way this is NOT true is if you are counting motor degrees and are stopping at precisely BEFORE the clamp hits it’s physical stop position.

Thanks a lot for your help, it’s starting to make sense. So if we close the claw the way we do and then turn the motor the other way slightly to remove the tension in the gears and claw components, would the motor draw less current while still holding its position? Alternatively, would setting the motor to coast and then back to hold would have the same effect?

It just takes a few lines of code to display ALL this info to the brain… or controller if you want to. Brain has about 16 lines viewable. Controller has 3.

We’ll start keeping a close eye on the motor temps after the state championship this weekend.

Yes. You could close for X amount of time, then reverse X degrees. You will probably find the amps (right now are close to the 2.5 max). After the adjustment, I would expect to find amps at <.25.

The coast/hold method depends on the mechanism having some springiness or rebounding far enough there’s no motor load. It’s also unpredictable. 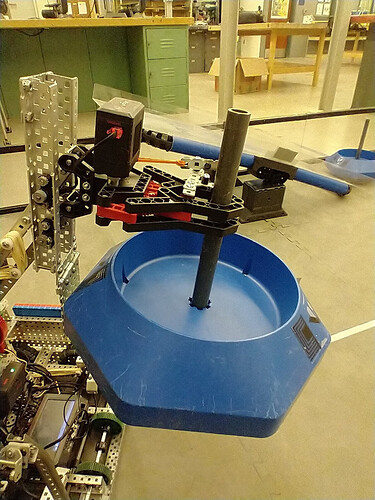 From the design shown… it should hold well even if the clamp has a tiny gap. You can play with torque values on the clamp motor. Might not need 100%.

start a notebook entry
check amps BEFORE changing anything
dial torque down, 10% at a time
check amps
see if goal falls out during driving/scoring
might not need to have motor reverse… lowering torque might be fine

oh, and swap those star locknuts for nylock nuts.