These gear ratios are not the classic gear ratios you are used to in the past. The ratio you see cannot have any regular (thin or thick) spacer in front of the wheel. Might I suggest an alternative though by using pneumatic tubing as a long and very thin spacer over the axle? It may or may not work.

Seeing a c-clip gave me another idea on how to do this. You could drill a really small hole and use a little cotter pin. if you where using HS then you could just use a screw but maybe something along those lines?

My greatest idea for this yet has now come to me. Why don’t you use a HS axle and just after the gear drill a hole and use a small M3 screw or something along those lines. Now what you are thinking(because your all so critical of ideas here :/) the HS shaft is going to hit the wheel. This is where you turn(using a lathe) the shaft down into a perfectly round rod that is just mmm so good inside the bearing block.

Cut a short piece of pneumatic tubing. Slide it along the shaft (with great difficulty but it works).

You can drill out a standoff, those are really small.

Another, more “proper” solution would be to use a c-clip (not a vex part but it is legal cause it’s really just a washer and could be machined out of a vex washer)

It’s actually pretty ambiguous based on the wording of R11. R11 specifically limits the use of “non-VEX fasteners” such that non-VEX hardware in particular cannot introduce additional functionality. However, if you were to machine this completely out of the steel washer that VEX sells, it would become out of the jurisdiction of R11 because it is no longer a non-VEX part. R22 goes further and suggests that “Physical modifications, such as bending or cutting, of legal metal structure or plastic components are permitted.” In conclusion, if the washer is sold by VEX and is formed from a permitted physical modification (cutting), the C-clip should hypothetically be legal.

As for making a retaining ring, commercial retaining rings are typically made from medium to high-carbon steel, and heat treated. Nearly all VEX metal, including washers, is low carbon steel (many vex fasteners are made from 18-8 stainless steel).

Thanks for all the replies, everyone.

you could put thin spacers on the axle after the 24T gear.

.313 OD Spacers don’t fit, and I’m going to guess that .25 OD spacers wouldn’t either, and you can’t really go any lower than that. 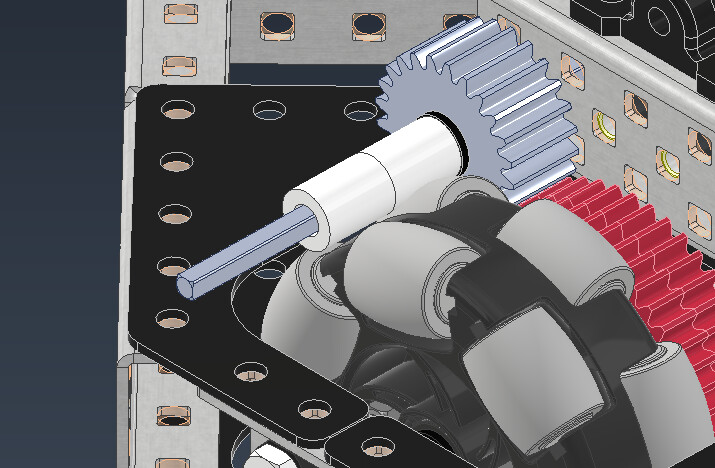 something odd to try would to be to drill a hole through the shaft and thread it on the inside for a screw to just screw directly into the shaft. I think Kepler electronics did this in one of his videos.

This wouldn’t work for a LS Shaft, the screw is larger than the shaft width. May work with a smaller screw, but that would take out a lot of the strength of the shaft. It would work with HS Shafts, but those also won’t work. 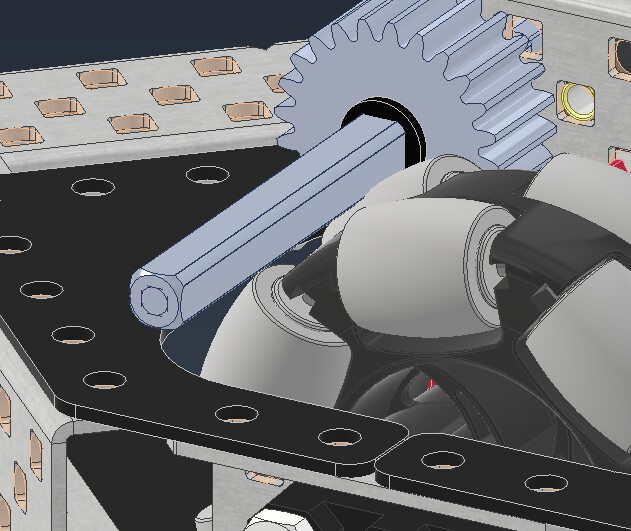 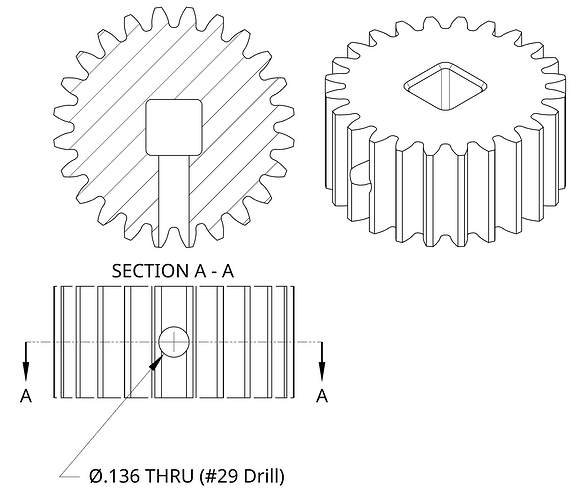 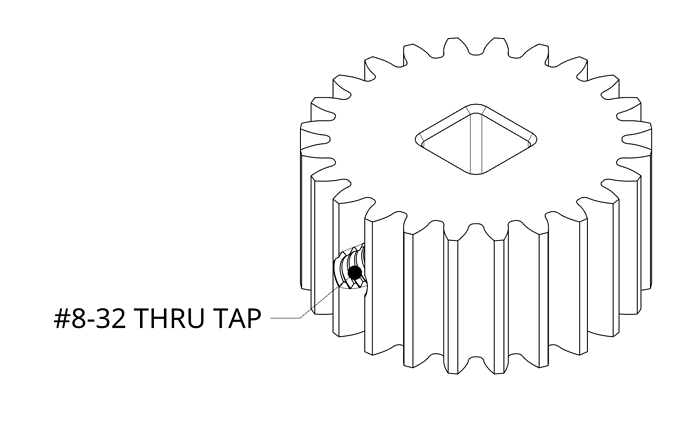 Have extra #29 drill bits on hand since its really easy to break one when drilling into the gear teeth.
Definitely use some kind of oil or cutting fluid. Makes it so much easier and less wear on the drill bit.

This part never failed on our robot.

I made custom low profile shaft collars for the VEX Tipping point season that worked very well they never failed. I tied 3 sections of rubber bands around a 1/8 inch spacer and slid it onto the shaft.

use McMaster spacers that are way thinner you can find some here: McMaster-Carr these ones are as thin as a standoff or you could drill out a standoff.

Take a hardened steel punch and put a ‘pick’ mark on the shaft from BOTH sides (to keep it from bending to one side). Problem solved.

I am just wondering if there is something wrong with using 12t and 24t gears for that as that is what I am planning on doing.

I am just wondering if there is something wrong with using 12t and 24t gears for that as that is what I am planning on doing.

the issue would be that there would not be enough clearance for the shaft of the 12t gear to pass by the wheel, so you would either need to have a large idler gear, or cantilever the shaft, both of which are terrible options. You might also be able to thicken the pods to allow for a support to go between the wheel and the 12t gear so that you could support it without it being cantilevered, but that would increase the bulk of the system in a direction where you probably don’t want to.

Try using thin McMaster Carr spacers the full length of the shaft. If your cad can import 3d models, McMaster Carr has 3d models on their website for their parts