Luckiest thing that happened to you in vex?

lemme start : so at states, we were pretty terrible, and there were far better robots than ours. however, we managed to clutch up the design award to qualify us for worlds. This was lucky, because the other team who was supposed to win it, forgot their notebook at their school, so rip them, but they too qualified for worlds through excellence. lucky us

Thats funny, I don’t recall ever experiencing luck with vex before.

haha yeah it’s mostly unlucky things, but sometimes you get really lucky. At states semis our wheel fell of in auton and we thought that we were gonna lose and get yeeted out of the comp, but luckily the controller of our opposing alliances disconnected, and the head ref ordered a rematch. we were able to get our wheel back on, repair our robot quickly, and win that match :)))

At AZ MS States, we were last in qualifying, but then we managed to take Tourney Champ.

did you get paired with an op team

Yes, who was also a sister team

Note: This was when the rules say that if a team gets disqualilfied they’d get 0 points, and nothing else (which means that the teams 2 opponents generally would lose as well)
During world qualifications in ITZ season, I was against 2 very tough opponents. My partner, by mistake during the match, tipped over the opponents stack causing the 2 teams to lose, and my partner to get disqualified. My team was the only team that got a win point that round.
I have never felt so many mixed emotions in a single match, but in terms of luck that was one of the luckiest times I have ever had.

During NBN, I decided to pick 590 and 1815B (While I was 1815D). We made it all the way to finals and lost by disco by around 15 points in a HS competition while I was leading as a middle school team. I have never left the competition so happy and joyful as to how much I used my alliance’s strengths so well as the team captain, playing a specific team with hard thought. Wish I had the opportunity to have 3 team alliances again, despite many being against it.
PS: Even as the team captain, I knew my weaknesses during that competition and I let both 590 and 1815B compete while I step back and let them use their strengths against my opponents weaknesses.
By the end of the tournament, that was when I realized I just created a close relationship with 590 and I have ever since been collaborating and practicing with 590.

ITZ:
We tipped over and ended up touching the parking square. We won by one point.
TP:
We somehow came in second in qualifiers and ended up alliancing with the first place alliance. That was pretty cool.

Where you at texas states?

This past season our team (7460A aka Oof) main driver and backup driver were sick and couldn’t make it to a meet so I had to drive. Not only did I end up being suprisingly good at driving (I became the new back-up driver after that meet) but our autonomous glitched by accidentally scoring a high flag when we previously didn’t even have a working autonomous so that was dope.

Mine is similar to yours: 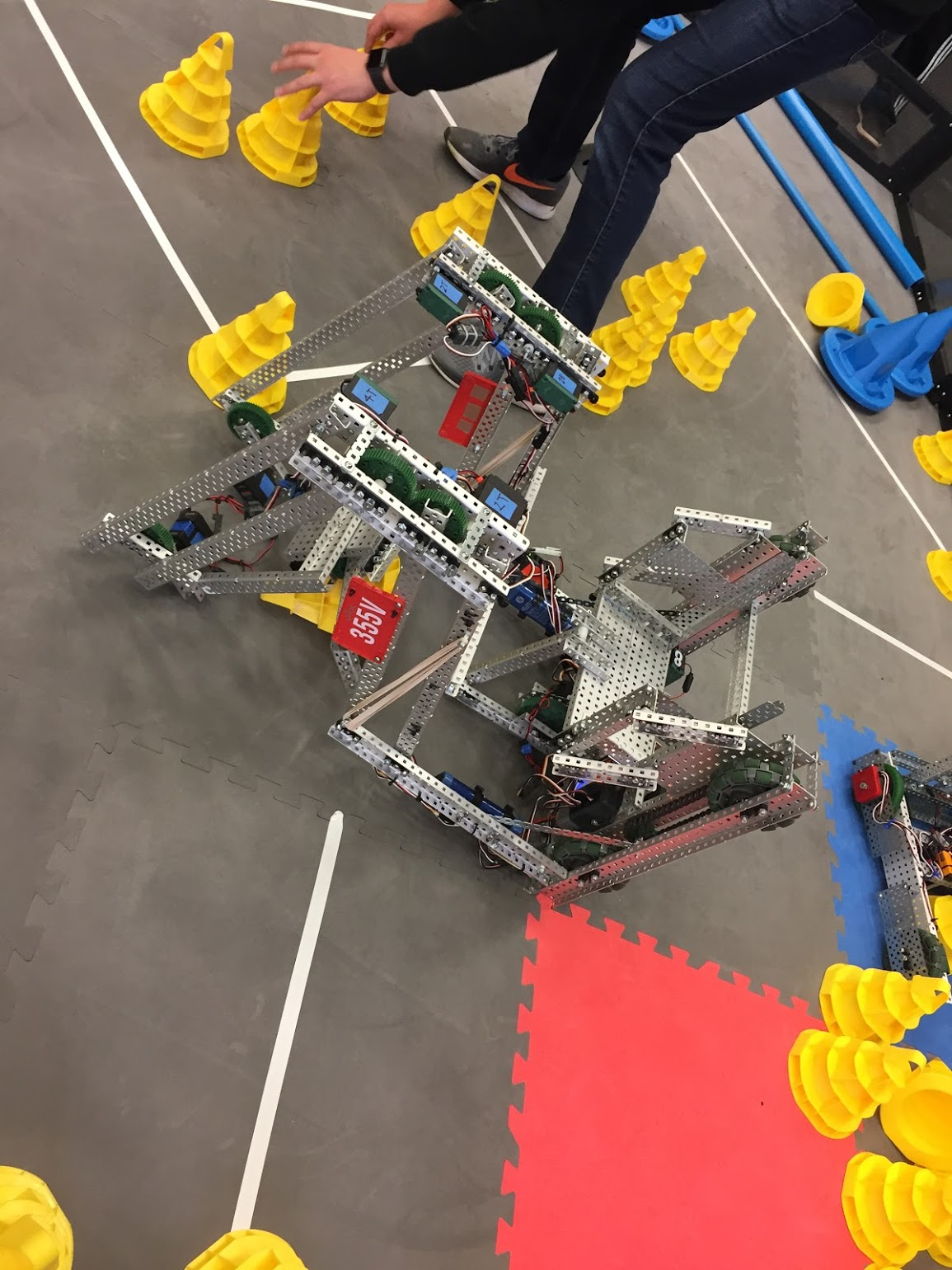 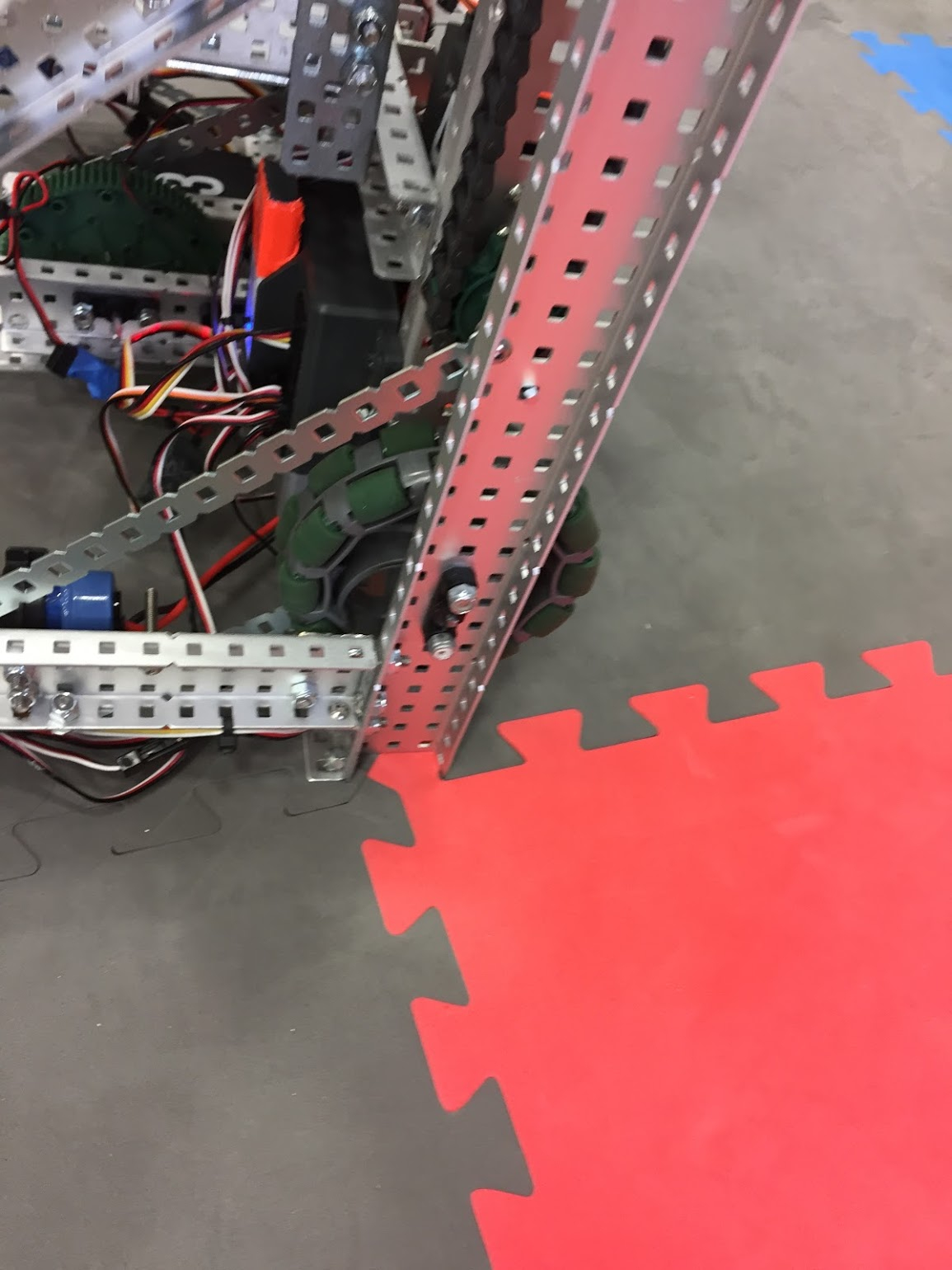 I also saw one team balance a mobile goal on the far zone bar that year.

TP: At Regional Qualifiers, I was in the finals with my teammate (a pushbot) and I got entangled with the opponents in a corner. It was then a solid puncher vs. a pushbot, but the puncher rammed our entangled robots trying to get his team free. This got him stuck, leaving only my alliance. We won by two point.

Also TP: At Worlds, one of Paradigm’s dads was sitting in the stands watching matches. They were looking for a good defensive teammate. My catapult ended up breaking so I didn’t shoot and just played defense for the match he was watching. He noticed us and 315Y picked us. Luckiest thing to happen to us.

hmm are you in ms or hs?

so you did iq in elementary?

No. I started with Starstruck in sixth grade and then ITZ and TP in seventh and eighth. 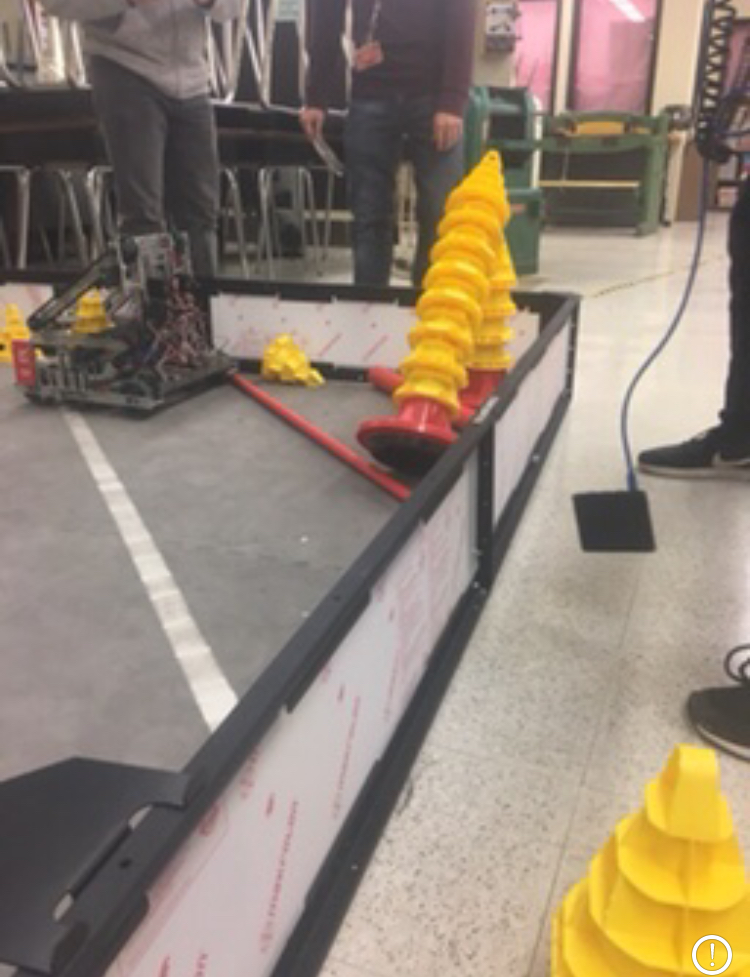 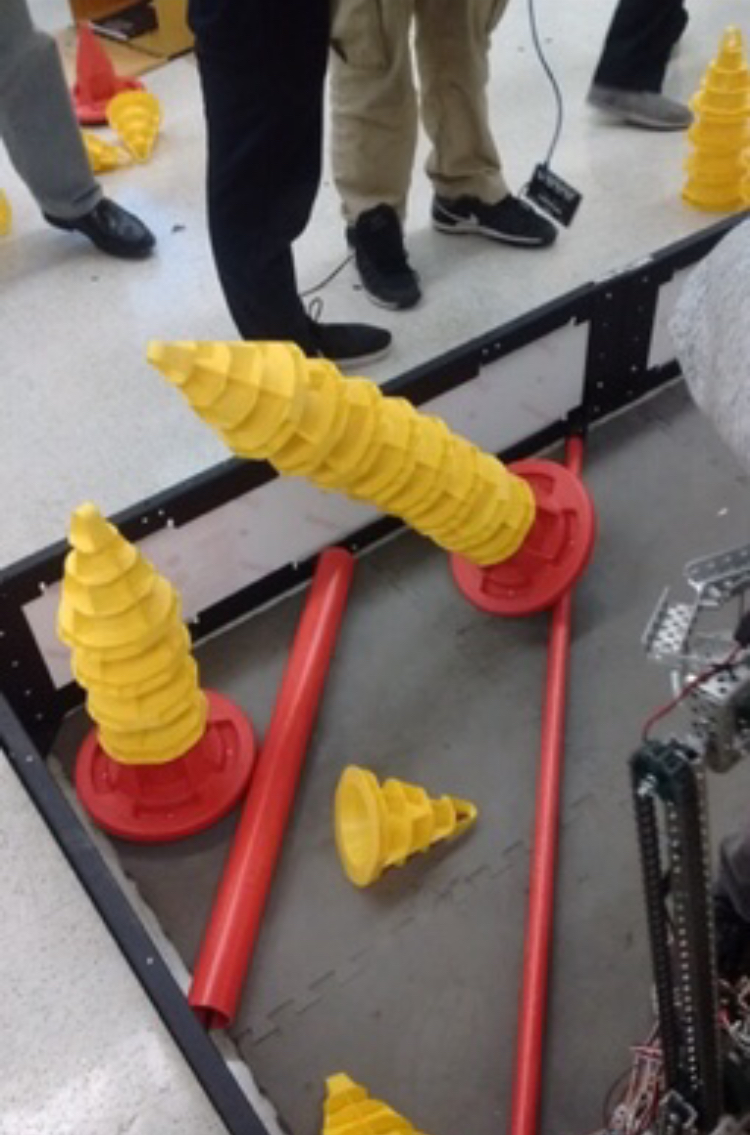 Getting to Worlds twice.

I know that sounds like a joke, but seriously. Like, less than 10% make it to Worlds each year, and both times our team qualified, it wasn’t due to the game itself. Especially with California becoming exponentially better, it’s a miracle to even qualify against major teams like 6627 and 315.

The luckiest thing that happened to me is joining VEX.

During an autonomous skills run in TP my robot shot an extra high flag that it was not programmed to go anywhere near. Ended up getting me high enough on the skills board to qualify for states.