So I was following a lvgl guide to create an autonomous screen with buttons but I got a little confused once it got to using functions. I created the function they said to follow and made a slight modification to it. However, the tutorial did not mention how to call the function to create the buttons and I was wondering if anyone knew how to. Below is my code: 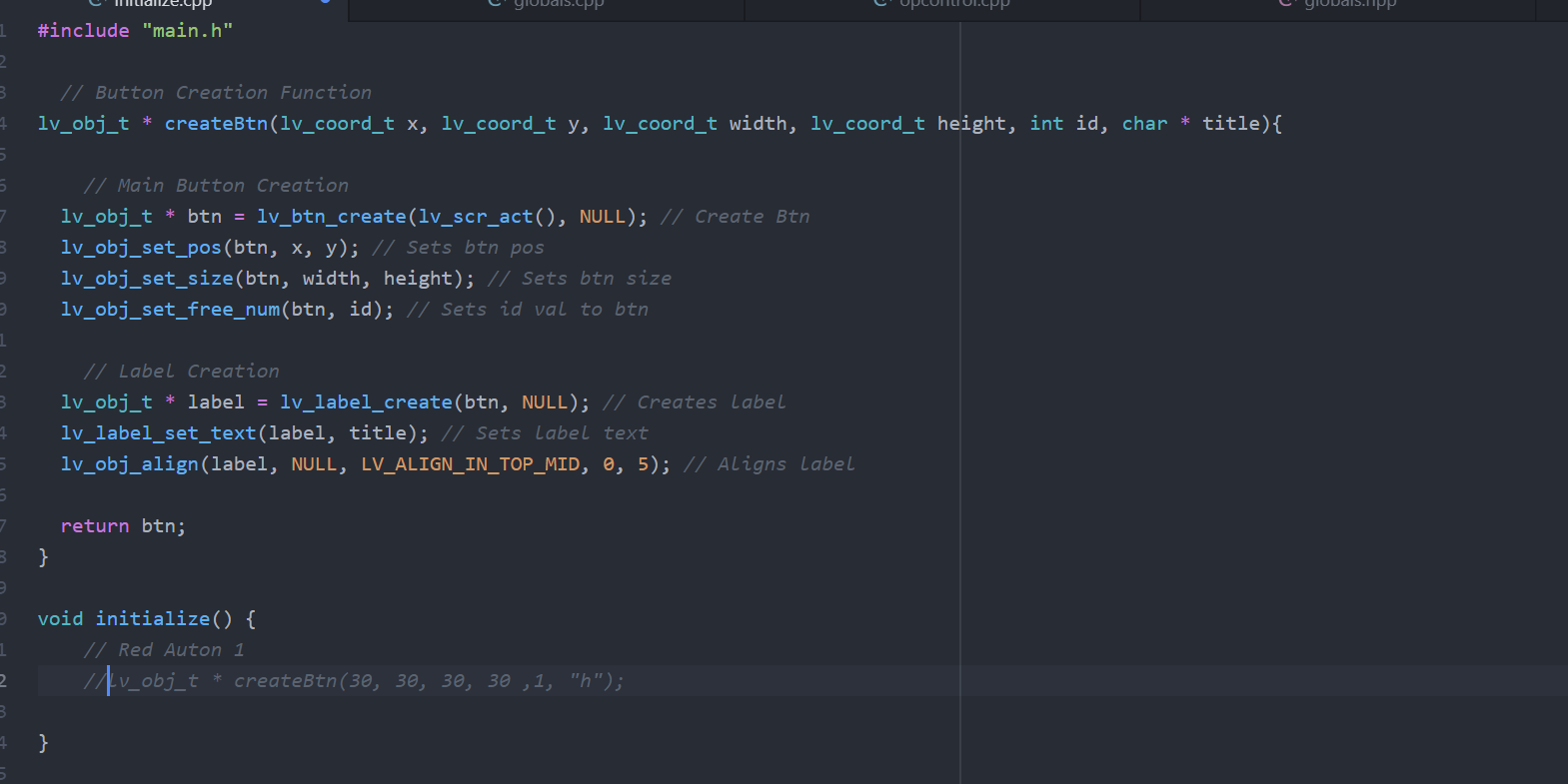 lv_obj_t* is the type of an lvgl object pointer, you didn’t assign the output of the function to one, so of course the statement in your comments would not compile.

So I just tried that and I got this error instead

The title string should use double quotes not single.
“h”

single quotes with on character in it is a char variable.