This would be a fabulous question for the q&a

There is definetly an argument for it, but it definitely goes against the spirit of the rule. By this logic, you could harvest the magnets from the screen cover, but then also use a commercially available magnet of similar size because of The functionally Identical rule.

Why would you even need a magnet? Aside from decoration, I had magnets on my license plates and magnets inside of a license plate holder to hold the plates in (which I hope is legal) but I was not flagged on it during multiple competitions. Technically it was non functional since all it did was hold a team number plate in.

Oh that would be so OP

Hello,
What is the rule about magnitizing a piece of VEX metal or using a magnet on the robot? It is not mentioned in the manual, and we were going to use them to stay in the 18" box.

There are no specific rules that prohibit the attempted magnetizing of VEX parts. However, if the magnetized part somehow manages to interfere with the operation of other Robots, it would highly illegal.

There are not VEX legal magnets, thus using a magnet on the Robot is illegal.

I was thinking of having an arm that little angle pieces would flip out and connect using the magnets. These angled pieces would help corral cubes

That was before V5 and the brain cover.

I would need more of a visual to understand what you’re saying but that can be done without magnets if it’s what I’m thinking. 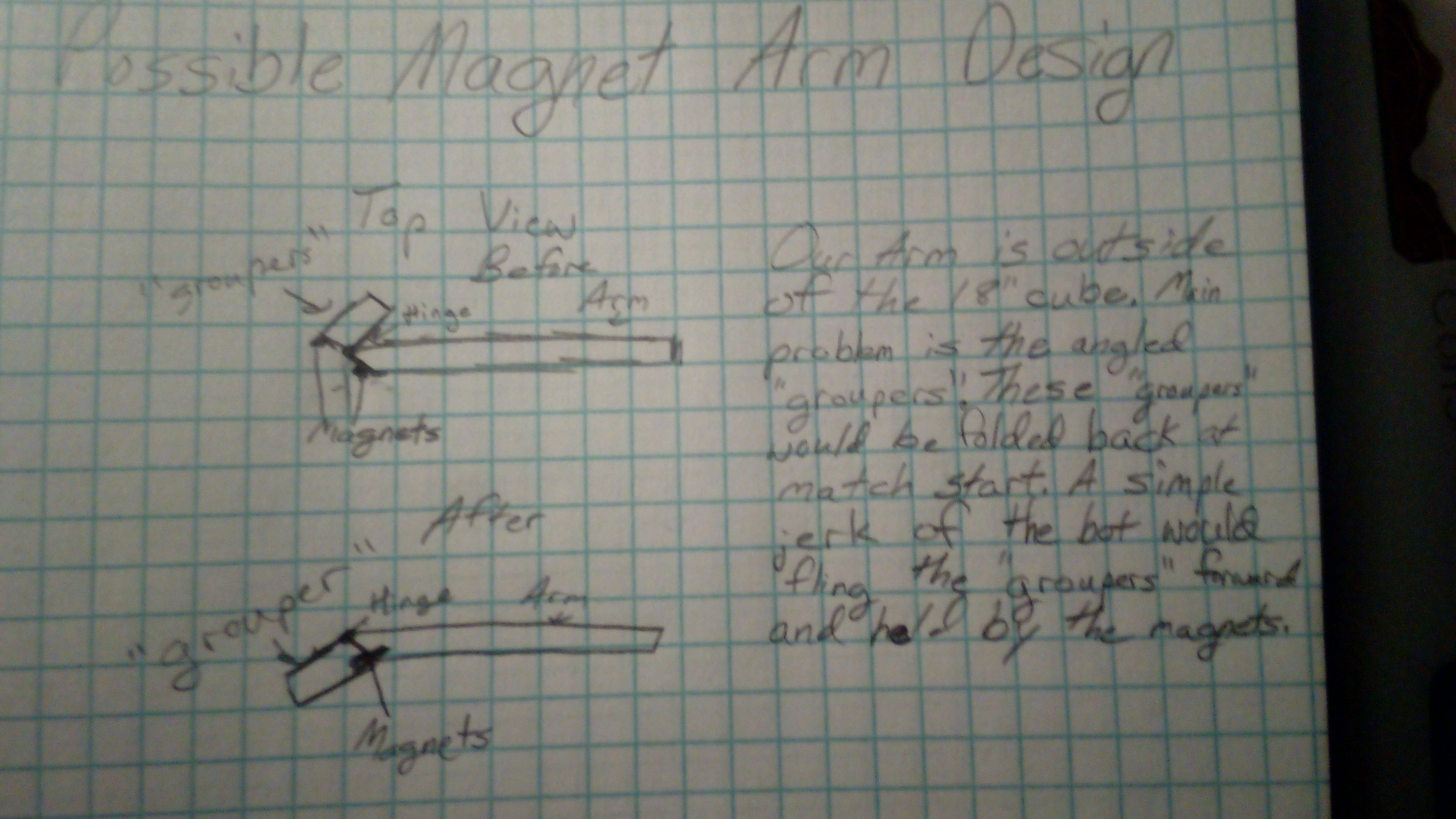 interesting idea… i have not considered using maglev before

By this logic, you could harvest the magnets from the screen cover, but then also use a commercially available magnet of similar size because of The functionally Identical rule.

Hmmm… I’m really close to buying this argument and like the creativity. At an event, and in lieu of a specific rule or Q&A to the contrary I might even accept it. I certainly WANT to.

Find a part number for the screen protector as an independent, non-electronic, product and I think you’ve got a good argument that identical magnets would be covered under R5.D and allowable in great quantity. But without a seperate part number… the screen cover is an integral part of the brain and can’t be modified.

Doesn’t mean I don’t appreciate the though experiment behind this, though!

P.S. The screen protector could, however, be used elsewhere on the robot… I don’t know of any rule requiring electronic parts to be used for their intended purpose. Only that they can’t be modified… so no pulling the magnets out of the protector. (And no using a second protector, as you’re only allowed one V5 brain.)

This is our second year of VEX so there is probably a better way to do this but idk.

R22 c.
Metallurgical modifications that change fundamental material properties, such as heat treating,
are not permitted.
You could theoretically wrap wire around a piece of steel to create an electromagnet though.

If vex did happen to sell screen protectors separately wouldn’t that create a loophole for infinite plastic use?

Lol a different team at my school wrapped their wires around motors and create electromagnets that would make the entire motor stop functioning (off of the cortex system).

That would definitely be a violation of <R22a>

You could theoretically wrap wire around a piece of steel to create an electromagnet though.

The same issue goes with pulling magnets from the motors… I was thinking that it would be possible to create aluminum wire by slicing a thin strip off a piece of aluminum metal and re-working it into a wire format. The catch is that there will be a great deal of cold-working and work hardening that will need to be relieved by annealing the aluminum… and we can’t do that, either.

There are ways to induce a weak magnetic force into steel, but they would all be unhelpfully weak.

I keep hoping that there is some clever way to make this possible… keep up the brain storming!